1.5 big projects a day! Here, continue to be optimistic

Zhongxin Finance, May 25 (Zuo Yukun) Recently, L'Oreal, the world leader in the cosmetics industry, officially announced the "fall in Shanghai" in China's first investment company. This international beauty giant's big move in China has become the epitome of the current surge of foreign capital.   Under the haze of the epidemic, many multinational companies did not die, but accelerated their la 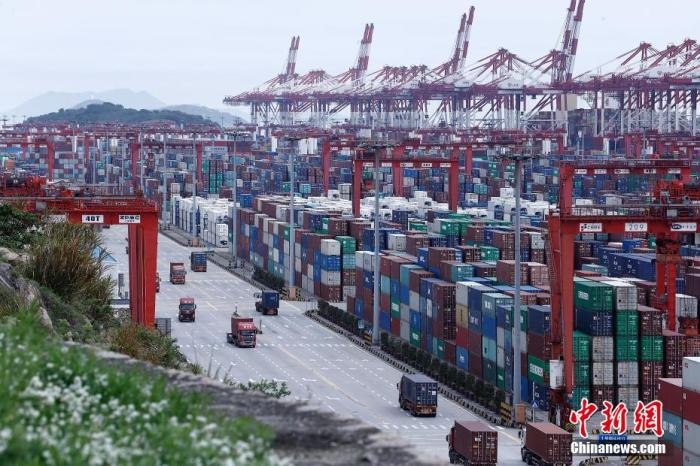 This international beauty giant's big move in China has become the epitome of the current surge of foreign capital.

Under the haze of the epidemic, many multinational companies did not die, but accelerated their layout and competed to play cards.

The Chinese market is still a popular choice for them to overweight.

"Beauty and the United States", beauty giants accelerate the layout of the Chinese market

L'Oreal announced this time that it has chosen to set up its first investment company in China, Shanghai Meicifang Investment Co., Ltd.

L'Oreal also said that L'Oreal China is the only branch of the L'Oreal Group so far that has set up an investment company.

This is also the first investment project in China signed by a Fortune 500 multinational company during the resumption of work and production in Shanghai.

L'Oreal North Asia President and China CEO Fei Borui said that this is L'Oreal's firm commitment to Shanghai and China, and it is also a long-term confidence in the development of the Chinese market.

Fabery said frankly that in terms of the current environment, the production of enterprises is indeed facing some uncertainties, but in the first quarter, L'Oreal Group still maintained steady growth, especially L'Oreal China's double-digit performance growth, which exceeded the average of the beauty market. level.

He said that L'Oreal remains confident in the Chinese market.

Coincidentally, Shiseido, another major beauty brand, has recently set up its first special investment fund in China. The “Ziyue Fund” focuses on emerging brands in frontier markets such as beauty and health, as well as investment opportunities in upstream and downstream related technology service companies.

Going back in time, international beauty giants such as Unilever and Beiersdorf, the parent company of Nivea, have also targeted the Chinese market through investment, incubation, etc.

"Multinational enterprises still choose Shanghai and expand their investment in China despite the epidemic, which fully reflects the firm confidence of foreign investors in China's economic development prospects and the strong attractiveness of China's super-large market." The Ministry of Commerce said in a statement. Ren Shujueting said at a press conference.

Shu Jueting emphasized that China's door will be opened wider and wider, and the foreign investment environment will be better and better. China will, as always, welcome investors from all over the world to invest in China and share the dividends of China's development.

1.5 major projects are launched every day, and investment has grown steadily

Of course, the Chinese market is far more than the "beauty industry".

Some companies are operating at full capacity in China.

In Shenyang, Liaoning Province, a new car rolls off the assembly line every 55 seconds or so on the suspended mobile production line at the BMW Brilliance Tiexi plant.

In the new factory not far away, BMW Group's two largest production workshops in the world were completed and accepted one after another at the end of last year.

"China is one of the most important innovation markets in the world. BMW has established the largest R&D system in China outside of Germany. This year, two new factories will be launched in Shenyang and Zhangjiagang." Zipse, chairman of the BMW Group, said that China's economy Sustained and stable growth will bring more opportunities, and BMW is always optimistic about the development prospects of the Chinese market.

Some companies are expanding and innovating in China.

This "overweight" Wuxi investment project is scheduled to be put into operation before 2024, and will create nearly 1,000 jobs. After the "expansion", the Wuxi manufacturing base will also become one of Merck Life Sciences' three global manufacturing centers.

"Investing in Wuxi is an important strategic move for Merck to expand its 'global footprint'." said Matthias Heinzel, Merck Executive Board Member and Life Sciences CEO, predicting that the bioprocessing market will maintain strong growth in the next five years.

Among them, the growth rate of the Chinese market will exceed 20%.

Some companies are vying for the lead in China.

According to UOB, the move to Lingang is another strategic decision made by UOB China, relying on the advantages of Shanghai as an international financial center and the all-round high-level opening of the Lingang New Area, and continuously deepening the interconnection business, which reflects its commitment to China. Confidence in the future of financial markets.

According to data from the Ministry of Commerce, in the first four months of this year, 185 new large-scale projects with contracted foreign capital of more than US$100 million were added nationwide, which is equivalent to an average of 1.5 large-scale foreign-funded projects landing every day.

The long-term positive fundamentals of the national foreign trade industry have not changed.

"Comparatively speaking, international trade pays more attention to the supply and demand of the current market, while international investment pays more attention to the long-term fundamentals and long-term development potential of an economy." Bai Ming, a researcher at the International Market Research Institute of the Ministry of Commerce, believes that in the face of challenges, we The huge market potential of China, the strong and effective support measures, and the continuous optimization of the business environment have given reasons for foreign investment to continue to increase their weight.

"The opening of China's big market will surely provide more opportunities for companies from all over the world to develop in China." This year's "Government Work Report" clearly stated that the negative list for foreign investment access should be implemented in depth, and the national treatment of foreign-funded enterprises should be well implemented. policy direction.

"The rule of law is the best business environment." The analysis also believes that in recent years, my country has continued to accelerate the formulation and improvement of relevant laws and regulations, the Foreign Investment Law and related supporting regulations have been fully implemented, and the interests of foreign investors have been fundamentally guaranteed. and foreign-invested enterprises to create a more law-based business environment.

In the face of the haze of the epidemic, timely and effective support policies are also an important reason for foreign investment to "build up" China against the trend.

From the 2.5 trillion yuan tax rebate, the largest scale in history, to the "combination" of policies such as rent reduction and exemption and loan extension at the central and local levels, it has given a "strengthening shot" for foreign capital to take root in China and eat a "reassuring pill".

According to Shu Jueting, various departments actively responded to the demands of foreign-funded enterprises to facilitate their business in China, and introduced a series of policies and measures, including guaranteeing equal participation of domestic and foreign investors in government procurement, and extending the tax reduction and exemption policy for foreign individuals, which stabilized foreign investment expectations and confidence. .

"China's door will be opened wider and wider, and the environment for foreign investment will be better and better. It is not just a slogan. China's commitment to attracting foreign investment is being solidly implemented." Bai Ming said.