Zhongxin Finance, May 23 (Reporter Li Jinlei) "Small and medium-sized enterprises generally report that it is difficult to find orders, reduce costs, collect accounts, find financing, and flow people and logistics, and it is difficult to operate normally."   This is a remark from a regular briefing on policy of the State Council held recently. Behind this, affected by the new round of epidemic 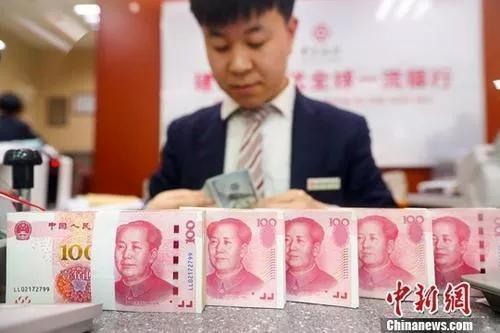 Zhongxin Finance, May 23 (Reporter Li Jinlei) "Small and medium-sized enterprises generally report that it is difficult to find orders, reduce costs, collect accounts, find financing, and flow people and logistics, and it is difficult to operate normally."

This is a remark from a regular briefing on policy of the State Council held recently.

Behind this, affected by the new round of epidemic and the unexpected changes in the international situation, the downward pressure on China's economy has increased, and many enterprises and residents have encountered difficulties and urgently need the support of real money.

To stabilize the economy and market players, the country is making continuous efforts.

Since May, the fiscal policy and monetary policy have taken the lead, and a series of support policies have been introduced intensively to help enterprises and employees in difficulty to tide over the difficulties.

This year, the state has implemented a new combined tax and fee support policy, and it is expected that the annual tax rebate, tax reduction and fee reduction will be about 2.5 trillion yuan.

Among them, the large-scale VAT refund is the main content, and the annual tax refund is about 1.5 trillion yuan.

The retained tax rebate can directly increase cash flow for enterprises and help enterprises reduce their burdens and bail out.

According to data from the State Administration of Taxation, from April 1 to May 16, a total of 979.6 billion yuan of tax credits and refunds were refunded to corporate accounts. In addition, the old policy of 123.3 billion yuan of VAT credits and tax refunds that had been introduced in the previous quarter was continued.

This year, a total of 1,102.9 billion yuan of tax refunds have been refunded to taxpayers' accounts.

Moreover, the original "timetable" for the tax refund has been advanced.

That's right, the "tax cut rain" will not only fall, but also more timely.

Tax rebates are accelerating, and subsidies are increasing.

Since May, the official website of the Ministry of Finance has updated a lot of information on budget issuance and subsidies.

to support summer harvest and autumn sowing production, and alleviate the impact of the increase in the price of agricultural materials.

Previously, the central government has issued a one-time subsidy of 20 billion yuan to actual grain farmers.

During the critical period when summer grains are about to be harvested, the subsidy will be increased by 10 billion yuan, which will help mobilize farmers' enthusiasm for growing grains and maintain food security.

The Ministry of Human Resources and Social Security, the Ministry of Finance, and the State Administration of Taxation have recently issued a notice to broaden the scope of benefits from skills improvement subsidies.

In addition, a one-time training subsidy for job retention was newly issued.

In areas with large fund balances and sudden outbreaks, for small, medium and micro enterprises that are severely affected by the epidemic and temporarily unable to operate normally, a one-time training subsidy

. Enterprises organize employees to work instead of training.

Social security and provident funds are reducing the burden.

Continue the implementation of the policy of reducing unemployment insurance and work-related injury insurance premiums in stages for one year until April 30, 2023.

According to estimates, the

continuation of the implementation of this policy for one year will reduce the social security payment burden of enterprises by about 160 billion yuan.

At the same time, the policy of deferred payment of pension insurance, unemployment insurance and work-related injury insurance will be implemented in stages for the extremely poor industries.

According to estimates, the above-mentioned deferment payment policy can increase the cash flow of enterprises and individuals by more than 80 billion yuan.

On May 11, the executive meeting of the State Council proposed to provide

housing provident fund policy support to enterprises that are currently in difficulty, and to apply for a deferral before the end of the year, which is expected to reduce the burden on enterprises by more than 90 billion yuan.

Employees who fail to repay the provident fund loan normally will not be treated as overdue.

On May 15, for households who took out loans to purchase ordinary self-occupied housing, the lower limit of the interest rate of commercial personal housing loans for the first set of housing was adjusted to be no lower than the quoted market interest rate for loans of the corresponding period minus 20 basis points.

On May 20, housing loans ushered in an "interest rate cut", and the market quoted interest rate (LPR) for loans with a maturity of more than 5 years fell by 15 basis points to 4.45%.

Calculated based on the loan amount of 1 million, the term of 30 years, and the equal principal and interest repayment, the average monthly monthly payment can be reduced by about 89 yuan, and the total interest to be repaid is reduced by more than 30,000.

Dong Ximiao, a part-time researcher at the Financial Research Institute of Fudan University, told Zhongxin Finance and Economics that this will promote the reduction of medium and long-term loan interest rates of enterprises, and boost the willingness and ability of enterprises to resume production and expand investment.

At the same time, it will further reduce the interest rate of existing mortgages, reduce the burden of most mortgage buyers, and better boost residents' willingness and ability to consume.