$118 for a trash can! The American dream will be shattered by prices

[Ruikan America] A trash can for $118! The American dream will be shattered by prices   Zhongxin Finance, May 21 (Shen Jincheng Gong Hongyu) The United States is trapped in the word "rising". In April, the consumer price index (CPI) recorded 8.3%, and prices are still soaring at a high level.   "In the air is the smell of rising prices." Li Hong (pseudonym), an international student studying in 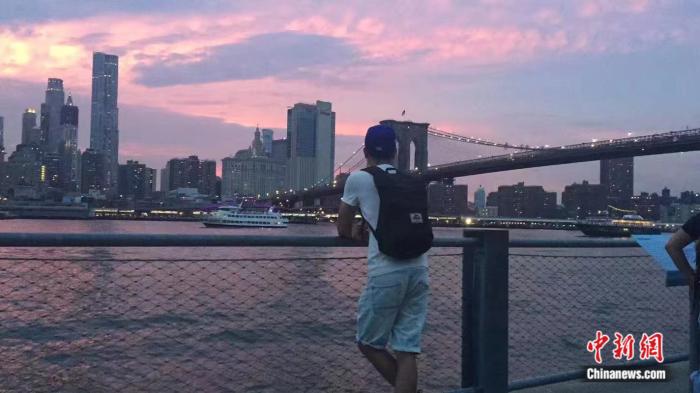 The American dream will be shattered by prices

Zhongxin Finance, May 21 (Shen Jincheng Gong Hongyu) The United States is trapped in the word "rising".

In April, the consumer price index (CPI) recorded 8.3%, and prices are still soaring at a high level.

"In the air is the smell of rising prices." Li Hong (pseudonym), an international student studying in New York, USA, said that now the US prices are rising, transportation costs are rising, and rents are also rising.

If it is converted into RMB, the monthly living expenses will be thousands or even tens of thousands more.

In the past month, Li Hong and his friends have been busy looking for houses and inspecting houses.

"The rent here is too crazy," Li Hong told Zhongxin Finance. In one year, the monthly rent of his apartment in Midtown Manhattan, New York, increased by $600, or about 4,000 yuan.

Cathy (pseudonym), who is also an international student, mentioned that when he first arrived in Manhattan last year, the monthly rent for a one-bedroom apartment was $2,800, which soon rose to $4,500, and this year, it became $4,770.

Affected by this, Cathy only needs to pay more than 100,000 yuan a year for the living expenses of renting a house.

Maggie, an American who works as a reporter for a New York newspaper, said that her monthly salary after graduation was only a few thousand dollars, and the rent in Manhattan made her anxious to make ends meet.

In the face of rising rents, many New York tenants have begun to consider moving.

Li Hong said that there are even classmates in New York who are planning to move to New Jersey, which is farther from the school.

However, changing houses means spending dozens of dollars more in transportation costs each month, which will still increase the cost of living.

The median rental price in Manhattan, New York, rose 6.1 percent in April from $3,700 in March to $3,925, according to the latest data from U.S. real estate firms Miller Samuel and Douglas Elliman.

The annual increase in local rents has reached 31.9%.

Brooklyn Bridge and Manhattan Island in the evening.

cost of living has risen by at least 30%, and

now the most feared thing is to go to the supermarket"

Ah Jah (pseudonym), who lives in New Jersey, USA, said that every time she went to the supermarket this year, she was shocked by the soaring prices.

"Every month's basic living expenses have risen by at least 30%. I don't know when the price will come down. Now I don't dare to buy more expensive vegetables, and the standard of living has regressed."

Ah Jah joked that the government has issued subsidies, but life has become more difficult.

The reason is that in the face of inflation, subsidies are far behind the living expenses that require more spending.

Currently, after recovering from the new crown for two months, she has to subsidize living expenses by teaching English in her spare time.

Cathy also mentioned that the 47L-capacity trash bin she was going to buy at the Costco supermarket has risen from $78 to $98, and now it is $118, "too outrageous."

Liu Minxin (pseudonym), a Chinese student, said that although he is not very sensitive to prices, he can clearly notice that some items in the supermarket are ridiculously expensive, and the cost of buying food by himself is also a lot more.

At the same time, the cost of "going to the supermarket" has also risen.

Liu Minxin said that with the rise in oil prices, taxis in California have become more and more expensive, and a trip to a suburban supermarket will cost dozens of dollars more for a round-trip taxi.

Data released on May 16 by the American Automobile Association showed that gasoline in the United States has risen by an average of $1.50 per gallon a year, a 50% increase from last year.

In New York, some restaurants have changed the minimum tip from 15% to 18% of the meal bill, while consumers typically pay 20%.

The slip that Cathy showed to Zhongxin Finance showed she tipped a whopping $112 for a $560 Chinese meal.

Not only that, but it's more expensive to order takeout.

Cathy mentioned that it used to cost her and her boyfriend only $30 to $40 to order two dishes, but now they start at $50.

In this regard, Wang Fei (pseudonym), a Chinese who opened a Hunan restaurant in New York, said that the price increase was "a choice without a choice".

The prices of ingredients and labor in New York are rising. Even if the prices are raised, their income has not increased, and they can only barely cover the rising costs.

Data show that the average U.S. PPI wholesale food price rose 18% in April from a year earlier, the largest increase in nearly 50 years.

The National Restaurant Association noted that eggs were up 220% in April, butter was up 51% and flour was up 40%.

The housing price has risen sharply, and there is still a need for bidding, and the working class is at a loss

Unlike international students and other renters, America's huge housing bubble is draining the pockets of homebuyers.

The psychological feelings of Americans are also reflected in the housing price data.

The National Association of Realtors noted that U.S. home sales prices rose 16.9% in 2021 from a year earlier, the highest level since 1999.

However, it appears that only the working class are excluded from the housing market by house prices.

In some areas with tight inventory, such as California, there is even a "bidding" phenomenon for those who can afford to buy a home.

For example, Jason (pseudonym) from the Bay Area of ​​the United States posted on social media platforms that he liked a house and gave a bid and a cash certificate, but the real estate agent said that whether the house can be sold to him needs to be determined, because there are still There are other people looking at the house.

Lee, who works as a real estate agent in the United States, explained that soaring house prices and "hard to find a house" are not in conflict.

In fact, the main reason for the rise in U.S. house prices is the dwindling number of housing supply, which is related to the lack of new housing starts since the new crown epidemic.

In this context, the gap between the rich and the poor in the United States is also deepening.

"Landlords are making more money on rent, and working-class people are getting further and further down the road of paying off their mortgages," Jeek said.

When will the "rising" trend of the United States end?

Luo Zhiheng, chief economist of Yuekai Securities and dean of the research institute, said in an interview with Zhongxin Finance that despite the current tightening policy of raising interest rates and shrinking the balance sheet in the United States, high inflation pressure is expected to continue throughout the year.