Up to 57 and 59 rubles: the dollar and euro exchange rates on the Moscow Exchange fell to their lowest levels in recent years

At the auction on Friday, May 20, the dollar exchange rate on the Moscow Exchange for the first time since March 2018 fell to almost 57 rubles. At the same time, the euro exchange rate was close to 59 rubles, the lowest level since June 2015. Foreign currency inflows into Russia remain high, but the need for it has decreased significantly. Against this background, the ruble has managed to noticeably strengthen in recent years and is now showing the best dynamics in the world, said Maxim Oreshkin, assistant to the president for economic issues. At the same time, according to experts interviewed by RT, a too strong national currency is unprofitable for the country's budget. In the current environment, experts are waiting for the easing of the Central Bank's restrictions on the financial market, which should put pressure on the ruble. How the dollar and euro exchange rates can change in this case - in the material RT. 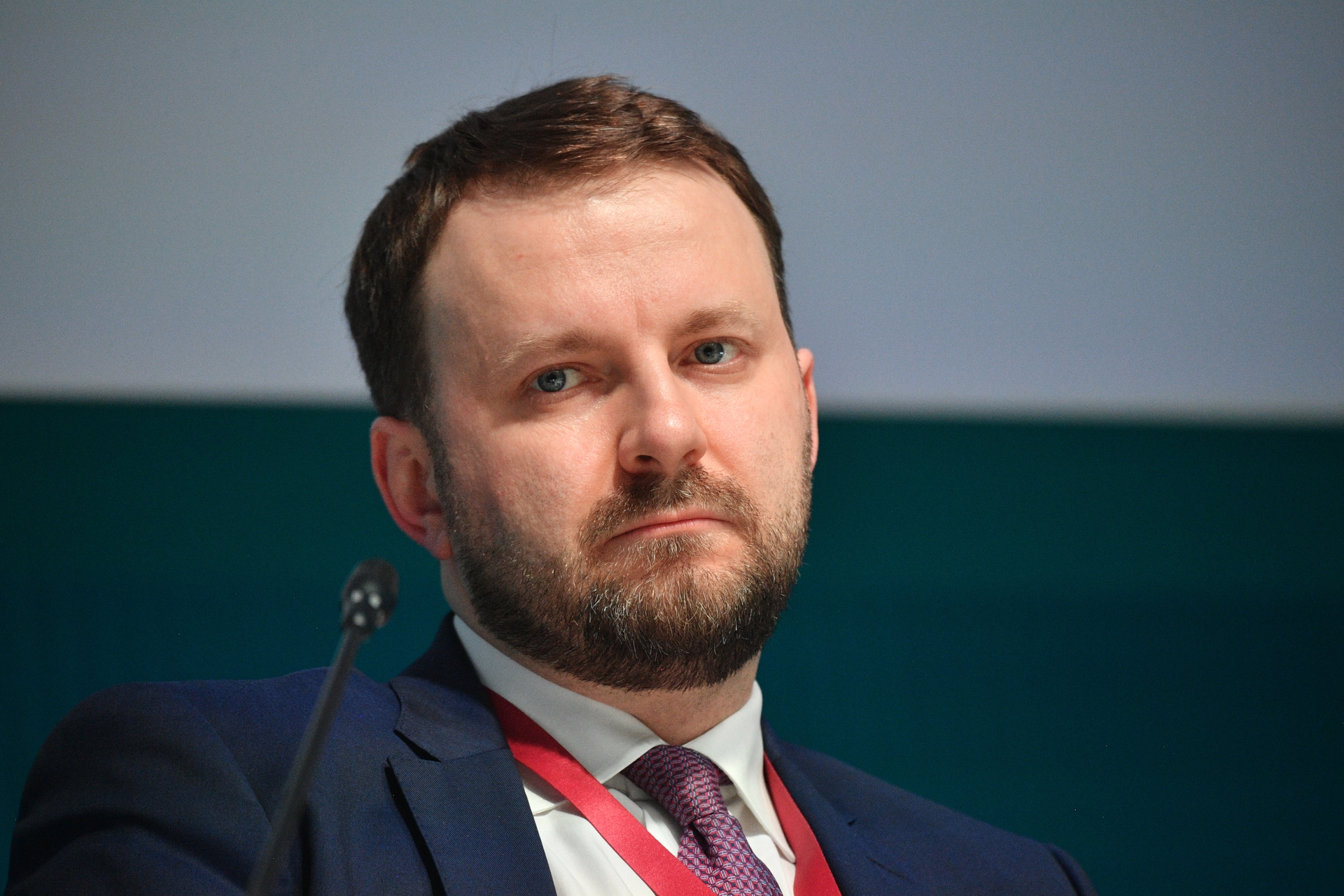 On Friday, May 20, the Russian currency noticeably strengthens on the Moscow Exchange.

At the beginning of trading, the dollar exchange rate fell by 7.8% and for the first time since March 2018 reached 57.08 rubles.

Compared to the record levels of early spring, the national currency has more than doubled in price against the US and European.

The observed dynamics is largely related to the positive balance of payments.

This was announced the day before by the assistant to the president for economic issues, Maxim Oreshkin.

“Many say that the course is somehow fake.

They try to deny reality.

But in fact, the course was artificial last year.

And this year it is absolutely market-based, without any external influence, ”Oreshkin said at the New Horizons marathon organized by the Knowledge society.

According to him, due to high prices for energy resources, money from the sale of raw materials abroad continues to flow into the country in large volumes.

It should be noted that in accordance with the requirement of the Central Bank, exporting companies are obliged to sell 80% of their foreign exchange earnings, that is, to exchange received dollars and euros for rubles.

At the same time, the Central Bank and the Ministry of Finance stopped buying foreign currency on the market, and the government closed the possibilities for withdrawing capital to unfriendly countries.

At the same time, the European Union has seriously limited the supply of its goods to Russia, as a result of which the possibility of buying European goods has significantly decreased, Oreshkin added.

“As a result, we now find ourselves in a situation where we have a lot of foreign currency coming into the country, and the need for it has significantly decreased.

And since neither the dollar nor the euro in the amount in which they come is needed by the country now and the country cannot do anything with them, we see a serious strengthening of the national currency, ”explained the assistant to the president.

Recall that back in the first half of March, against the backdrop of large-scale Western sanctions against Russia, the dollar and euro exchange rates for the first time rose above 121 rubles and 132 rubles, respectively.

At that time, Western countries predicted that the Russian economy "would be torn to shreds", and the dollar exchange rate would reach 200 rubles.

However, the expectations of unfriendly states ultimately did not materialize, Maxim Oreshkin noted.

“Today, the ruble is the strongest currency in the world this year, GDP in the first quarter grew by 3.5% compared to last year, inflation after a jump in prices in February-March is starting to decline, and unemployment is below the level of the beginning of the year,” he stressed. Oreshkin.

At the same time, specialists interviewed by RT do not yet expect further strengthening of the ruble against the dollar in the long term.

Thus, the country continues to supply abroad the same volume of goods, but for less money.

This, in turn, negatively affects the filling of the budget.

“It is still difficult to make accurate forecasts, but in the near future the rate may still reach the level of 50 rubles per dollar.

However, in the long term, a strong national currency is unprofitable for an export-oriented economy,” Maxim Shein emphasized.

A similar point of view in an interview with RT was expressed by the head of the global research department at Otkritie Investments, Mikhail Shulgin.

In his opinion, under the sanctions, the authorities will try to prevent the reduction of budget revenues.

“Budget funds are now more important than ever for financing various programs as part of anti-crisis support measures for the Russian economy.

In the medium term, the range of 70-80 rubles per dollar seems to be a relatively comfortable corridor for the financial authorities, and this is where they will try to direct the course, ”Shulgin suggested.

According to experts, the actions of the Central Bank can prevent further appreciation of the ruble.

Thus, the regulator has already announced plans to cancel the mandatory sale of foreign exchange earnings for non-resource non-energy exporters, and for raw materials - to reduce the standard from the current 80 to 50%.

In the event that the restrictions of the Central Bank are relaxed, Russian exporting companies will sell less American currency on the market, and the dollar exchange rate on the exchange will again begin to grow, Vladimir Chernov, an analyst at Freedom Finance IC, explained to RT.

At the same time, in his opinion, sales of proceeds in euros will still remain high due to the new procedure for paying for gas with unfriendly countries.

“Sale of gas for rubles will be carried out for a longer period of time.

Therefore, we expect that the European currency will continue to depreciate against the Russian throughout 2022, ”the source suggested.

Recall that since April, in Russia, on behalf of Vladimir Putin, a new settlement procedure has been introduced for the supply of natural gas to unfriendly countries.

After Western sanctions and the blocking of almost half of Russia's gold and foreign exchange reserves abroad, Moscow now accepts payments for energy raw materials only in rubles.

To do this, foreign buyers must open two special accounts with Gazprombank: in foreign currency and in rubles.

First, the money must be transferred to a foreign currency account, after which the bank on the Moscow Exchange will exchange these funds for rubles and credit them to the ruble account.

Initially, the European authorities declared their unwillingness to pay for gas under the proposed scheme.

However, at the moment, about half of Gazprom's foreign clients have already agreed to Moscow's terms.

“Thus, after the abolition of the rule on the mandatory sale of foreign exchange earnings, the dollar exchange rate will again move to growth and by the end of the year it may return to 65-70 rubles.

The euro exchange rate is now tending to the region of 59 rubles, but due to the sale of gas under the new conditions, we do not exclude a decrease in the indicator to the region of 53-55 rubles by the end of the year, ”concluded Vladimir Chernov.