Brussels calculates that it will be necessary to invest 210,000 million in five years to achieve energy independence from Russia

At the end of last year, when Spain and a few other partners were pressing for the EU to seek "bolder measures" against the price of electricity the... 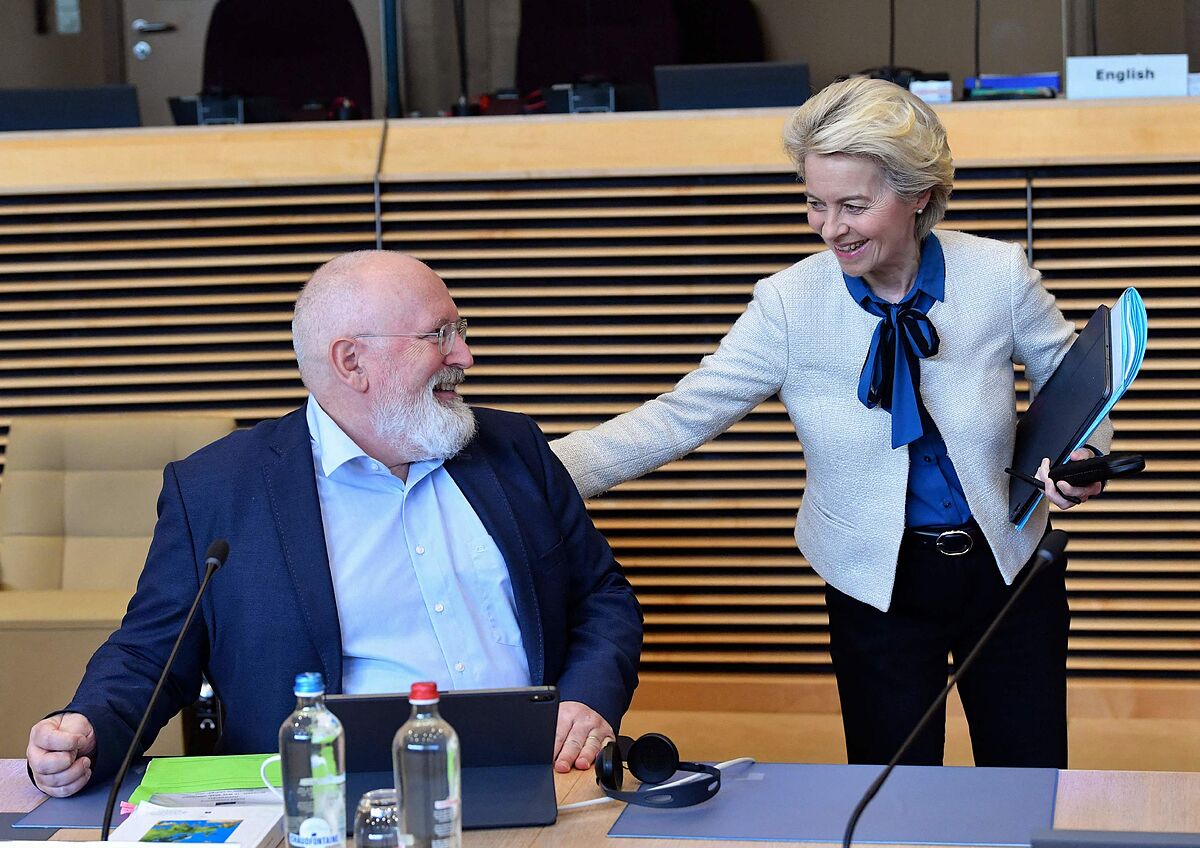 At the end of last year, when Spain and a few other partners were pressing for the EU to seek "bolder measures" against the price of electricity, the answer in Brussels was that it was not necessary, that the market works well, that the shock was temporary and that prices would return to much more normal levels at the beginning of 2022. That, with a war through, has not been the case.

Today, the Commission has presented

, its latest battery of measures, advice, calculations and suggestions to face the energy crisis, accelerate the independence of Russian hydrocarbons and facilitate the energy transition.

And among them, what was unthinkable just a few months ago: raising renewable energy production targets, redoubling efforts in energy efficiency, preparing more ambitious contingency plans for possible supply cuts, assuming the possibility of rationing and, in the worst cases, mechanisms to cap at the Union-wide level the price of gas and electricity production.

Intervening is not an option, it is a reality, and the only debate is to what extent.

In today's torrent of initiatives and documents, which address demand, supply and production, there are new things and others recycled, ideas that were already known and, for the most part, details that have already been leaked in recent weeks.

the target for renewables to 45%

and the energy efficiency requirement to 13%, both before 2030, by modifying community directives.

Or making it mandatory to install solar panels on the roofs of public buildings before 2025 and in newly built residential buildings from 2029, for example.

There is no transformation of the pricing system, nor a change in the marginal model.

I don't expect it.

The position remains the same, the same as against a price control as a general rule, and even in this situation.

It would be considered in case the market burst, that is, if Russia slammed the tap shut.

But even under the current circumstances, the Commission maintains, supported by a majority of states, that removing price signals would put supplies at risk.

Independence from Russia is complicated.

has already been approved at the level of the 27 , which will become fully effective in August.

The oil one is being negotiated, but there are countries that need more than the

for which the sanctions package is stuck.

But there is nothing about gas, because it is impossible in the short term.

Last year, 40% of the gas used in the Union came from Russia, and up to April it had been reduced to 26%.

But now it is becoming more complex, hence the objective is to reduce exports to a minimum, but assuming that in the best of cases it will be possible to go all the way by the end of this decade.

And that at a gigantic expense.

, in addition to what is needed to achieve the objectives of the proposals for Fit for 55", says the paper in reference to the great initiative of the legislature, which seeks to reduce emissions by up to 55% by 2030.

That investment will pay off, says Brussels.

"The implementation of the Fit for 55 framework and the REPowerEU plan will save the EU €80 billion in gas import costs, €12 billion in oil and €1.7 billion in coal import costs, each year, until 2030", They say their numbers.

The Commission proposes to use the resources available from the Next Generation programme, the Community funds for the recovery from the pandemic.

And specifically, the billions that are available in the form of loans, since most countries, including Spain, have requested to date only the money that comes in the form of transfers (which do not count for debt and deficit) but not the credits.

Behind the question of supply and supply is the problem of prices.

The second block of initiatives published by the Commission focuses on additional measures to the so-called 'toolbox' that were approved in recent months.

Brussels assumes that it is necessary to go further, without destroying the market, but using all the loopholes.

Thus, he points out that in the gas markets there is the possibility that the Member States "temporarily extend the regulation of prices to the final consumer to a wide range of customers, including households and industry."

For gas, he explains that 'temporary circuit breakers' and emergency liquidity measures can be applied to support the effective functioning of commodity markets, "while fully respecting state aid provisions".

Use the project platform for centralized and voluntary purchases in the markets "to aggregate gas demand, guarantee competitive gas prices through voluntary joint purchases and reduce the EU's dependence on Russian fossil fuels."

Other intervention options in the electricity markets are "to reallocate exceptionally high inframarginal revenues (so-called windfall profits) to support consumers. The Commission opens the door to a temporary extension of regulated retail prices to cover small and medium-sized companies and reiterates what was seen in the Iberian Peninsula, cap mechanisms "provided they are designed in a manner that is compatible with the EU Treaties, in particular with regard to the absence of restrictions on cross-border exports, sectoral legislation and rules on state aid".

In cases of absolute emergency, and that means a total cut off of Russian gas and the de facto dismantling of the market, the Commission puts black on white, as explained in this newspaper last week, the most aggressive option.

The first step is to update national contingency plans and outline "voluntary reduction precautionary measures to be prepared in case an emergency arises. In a spirit of solidarity, less affected Member States could reduce their gas demand to the benefit of the most affected member states.

But that would not be enough.

Efficiency and consumption reduction actions help notably, but they would not be enough.

"To accompany these measures,