Pension plan, insurance against inflation and 10% more in wages: the 'brick', in search of workers lost to tourism

Salary increases of 10% in three years, salary guarantee clauses and pension plans. If the lack of control of inflation has made collective bargaining impossible... 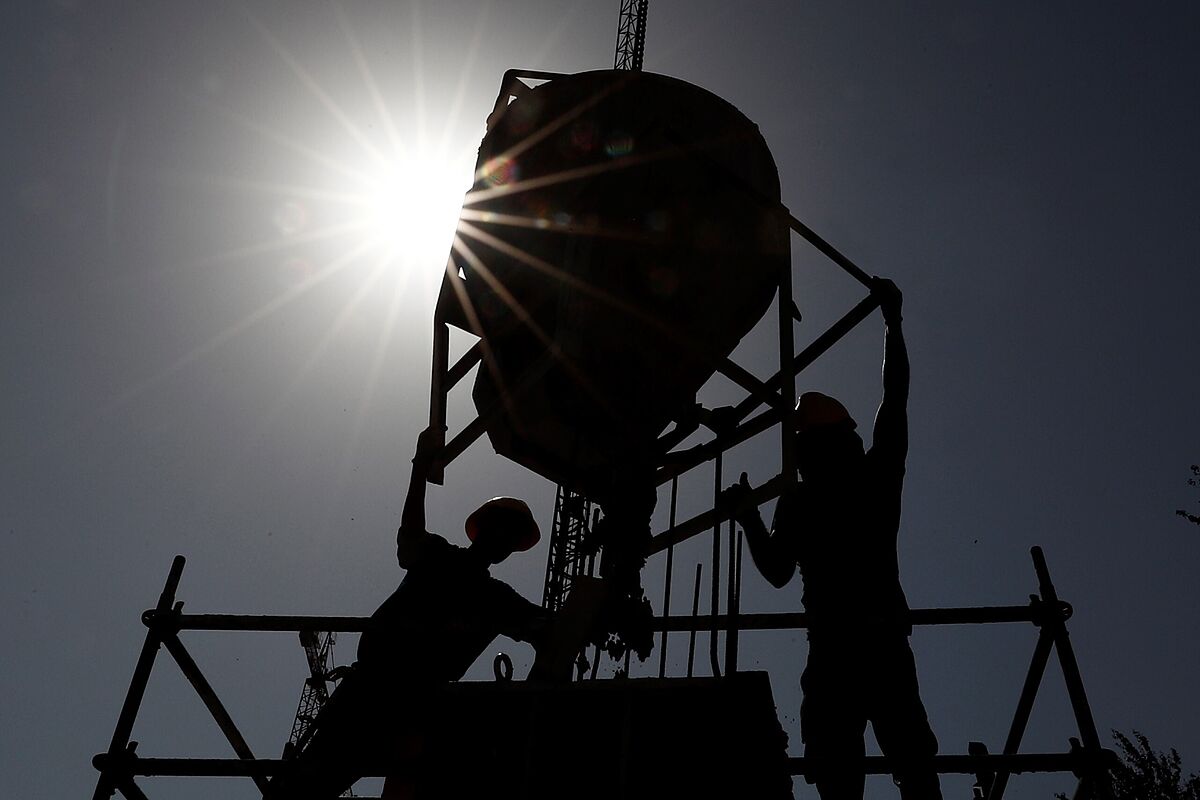 the construction industry, with

, has done so with conditions that have been advanced by the right the blockade in the rest of the social dialogue.

Until the bursting of the real estate bubble in 2008, construction was the main pillar of employment in Spain, employing 2.7 million workers, 13% of the working population who raised everything from shopping centers to residential buildings passing through large infrastructures.

Since then and with a harsh adjustment in between, the industry has been reduced in size and activity, to the point that the economic recovery of 2015 was led by

tourism and hospitality, which in 2018 was already in the figures of employment achieved by construction at the highest peak of the great bubble

The famous formworkers of exorbitant salaries sought their place in the hospitality industry.

Now the brick wants to recover workforce with a new agreement that is watched carefully by the rest of the sectors.

"We want a construction worker to be able to have a beer in a bar at the end of the day and, looking at the bartender, think: 'Well, I'm fine,'" says a source participating in the conversations.

Perhaps this intention to attract personnel is what has led the negotiators to distance themselves from the general guidelines.

On May 6, the national leadership of employers and unions broke off negotiations to raise wages in the next three years.

Impossibility of transferring 100% of inflation to labor costs argue the former, refusal to charge the loss of purchasing power on wages, the latter.

Officially, the unions demand a salary increase of

and 2.5% the following two, with salary guarantee clauses that compensate for the deviations (this year the expected average inflation will be 7.5%).

For its part, the board of directors of CEOE came to offer that 3.5% as a ceiling and that in the next three years it could reach up to 9%.

But the union's demand for wage guarantee clauses ended the chances of an agreement.

the Bank of Spain

and, also, the Government welcomed it as bad news for nullifying the possibilities of an income pact that acts as a defense against an inflationary spiral and its second-round effects in the coming years.

But the current scenario leads to price increases and social conflict.

What is surprising is that

in just one week by the same agents in the construction sector and their VII general agreement.

Although the temporary scope of the agreement is until 2027, the current pre-agreement includes salary increases of 10% for the next three years, including a salary guarantee clause and an innovative pension plan for workers.

The salary guarantee clause also goes beyond the red lines of CEOE, but it falls far short of the demands of the unions because it is very limited

by assuming a maximum deviation of three points, that is, 13% in three years compared to 10% of agreed increases

And, finally, it opens the door to the general implementation of pension plans as a remuneration and savings formula for companies and workers.

This last point is the newest, although it is pending the development of the parliamentary process of the framework that regulates it.

In the event that inflation exceeds forecasts, part of the compensation required by the salary guarantee would also feed into the pension plan.