Lebanon: kick-off of legislative elections considered crucial for the future of the country

Lebanese expatriates in ten countries kicked off the legislative elections on Friday, May 6. The international community and the population hope that this deadline will give impetus to… 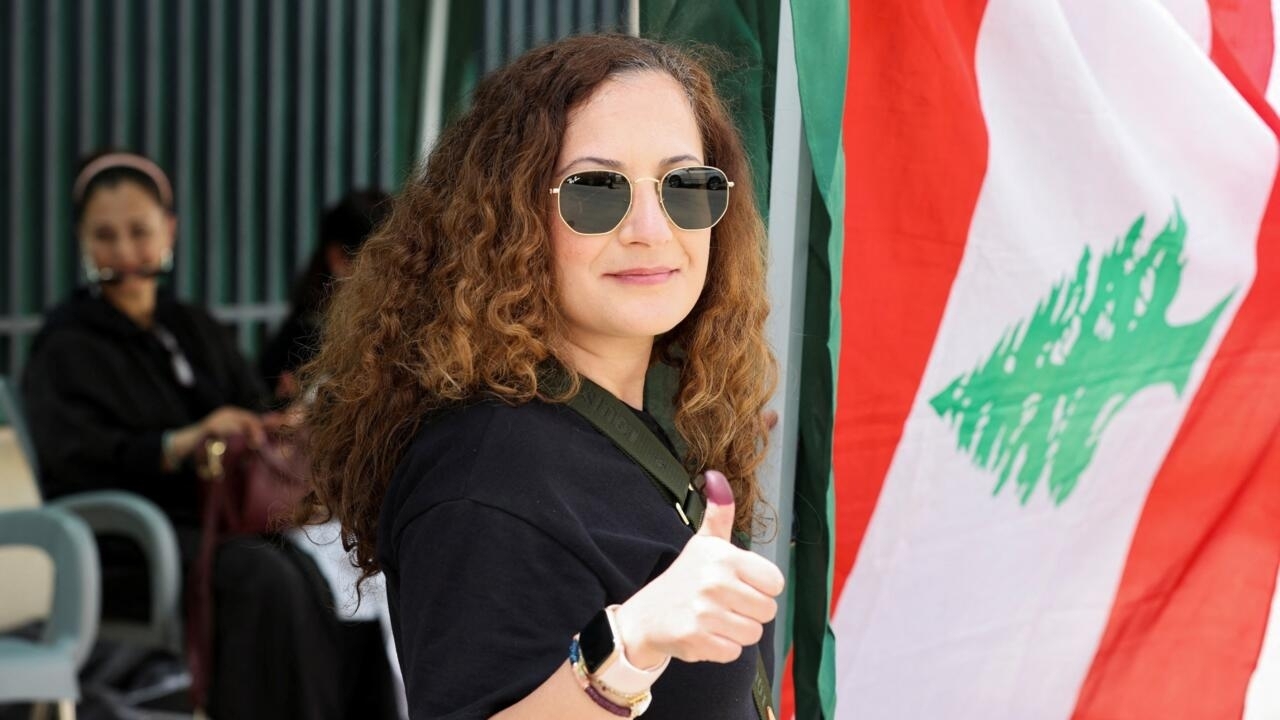 Lebanon: kick-off of legislative elections considered crucial for the future of the country

A Lebanese expatriate shows the ink on her thumb, a sign of her vote in the legislative elections.

May 6 at the Lebanese Embassy in Riyadh, Saudi Arabia.

Lebanese expatriates in ten countries kicked off the legislative elections on Friday, May 6.

The international community and the population hope that this deadline will give impetus to political change in a bloodless country.

But nothing is said in advance.

Lebanese expatriates residing in the Gulf countries, Syria, Egypt and Iran kicked off on Friday May 6 the first legislative elections organized since the vast protest movement that erupted in Lebanon in October 2019. 225,000 Lebanese living abroad have registered on the electoral lists to participate in this election.

This is the second time that members of the Lebanese diaspora have had the opportunity to take part in this consultation deemed crucial for the future of the country, hit by an economic crisis that has destroyed the economy and plunged 80% into poverty. Population.

Lebanese living in Europe, America, Australia and the rest of the world will vote on Sunday May 8, while four million voters are called to ballot on May 15 in Lebanon.

The shadow of the Beirut port explosion

These elections are being held this year in particular circumstances, marked by an unprecedented

and by a political crisis which is preventing the adoption of the profound reforms demanded by the international community to release substantial aid vital for the country.

They also take place in a context of rejection by a large part of the Lebanese of the political class accused of corruption, irresponsibility and poor management of public affairs.

This resentment grew considerably after the double explosion in the port of Beirut on August 4, 2020, which killed 218 people, injured more than 6,500 and destroyed part of the Lebanese capital.

103 lists compete in these elections closely watched by the international community.

European countries and the United States do not hide their desire to see the emergence of a new ruling elite with which they could work to implement far-reaching economic, financial and political reforms.

However, the hopes for change and renewal of the political class, cherished by Westerners and part of the population, could be disappointed.

The civil society groups that have led the protest movement have failed to unite their ranks to maximize their chances against the traditional parties that have ruled the country since the end of the civil war in 1990.

►Also listen: Lebanon: should elections be held in the spring?

Unable to agree on a common minimalist program despite the encouragement of Western diplomats who closely follow the evolution of the political situation in Lebanon, the candidates of the "

" present themselves in scattered ranks and sometimes in opposing lists in almost all of the 15 constituencies.

Facing them, the old parties, although worn out by power, still have a large clientele and well-established infrastructures in the electoral game.

The opposition has not managed to unite its ranks either, even if it holds the same resolutely hostile rhetoric against Hezbollah, accused of having built "

a state within a state

" and of being responsible for almost all the ills that overwhelm Lebanon.

The Shiite party defends itself against these accusations and blames the United States and its local allies for the crises that have brought the country to its knees.

Thus, the Lebanese Forces of former Christian warlord Samir Geagea and the "Kataëb" party of the Gemayel family line up candidates on opposing lists in many constituencies, leading to a fragmentation of the opposition vote.

Hezbollah and its allies close ranks

On the other hand, Hezbollah and its allies succeeded in putting aside their disagreements, the time of the elections, and presented common or complementary lists everywhere in the country.

Under the impetus of Hezbollah, the Free Patriotic Movement (CPL, led by the son-in-law of the head of state, Michel Aoun), and the Shiite movement Amal, of the speaker of Parliament Nabih Berry, have established electoral cooperation in several regions .

Yet these two parties were at loggerheads for years, throwing accusations of corruption and obstruction of reform.

Hezbollah leader Hassan Nasrallah even brought together CPL leader Gebran Bassil and his Christian rival Sleiman Frangié, who had not seen each other for years, over a fast-breaking meal during the month of Ramadan. .

The hope of a decisive reversal of the balance of power in Parliament in favor of parties hostile to Hezbollah was seriously undermined by the decision of former Prime Minister Saad Hariri and his party, the Current of the Future, to withdraw from The political life.

This decision taken at the end of January fragmented the Sunni vote and, consequently, favored Hezbollah allies from this community.

The vacuum left by Saad Hariri, who currently lives in the United Arab Emirates, was considered serious enough by the Gulf countries allied with the United States that they decided as a matter of urgency to send back to Beirut their ambassadors who withdrew last fall in the aftermath of a diplomatic crisis with Lebanon.

Since his return to the Lebanese capital on April 10, the Saudi Arabian ambassador, Walid al-Bukhari, has redoubled his efforts to convince Sunni personalities to encourage voters in this community not to boycott the legislative elections and to vote massively for lists hostile to Hezbollah.

Walid al-Bukhari's approach is supported by the country's highest Sunni religious body, Dar el-Fatwa, and by community leaders who fear a pro-Hezbollah tidal wave in the elections.

But their efforts come up against the intransigence of Saad Hariri, who remains the country's most popular Sunni leader.

The former prime minister banned members of the Future Movement from running for his party and demanded that those who wish to run resign first.

If no imponderable occurs by May 15 - such as a solemn call by Saad Hariri for a massive Sunni vote, or the withdrawal of certain opposition lists to optimize the chances of the most powerful candidates - the current parameters suggest that the configuration of the next Parliament will not be very different from that which prevails in the outgoing Chamber.

The long-awaited change will therefore not be at the rendezvous.