Twitter hasn't changed hands yet, and the old and new world's richest men have been fighting

Zhongxin Finance, May 5th (Shen Jincheng Gong Hongyu) Recently, discussions about Musk's acquisition of Twitter can be described as unsettled and wave after wave.   A few days ago, there was another "big guy" in the camp denouncing Musk. Microsoft founder Bill Gates said at the event that he was concerned about the potential for Twitter to spread disinformation in the future, saying "Musk could 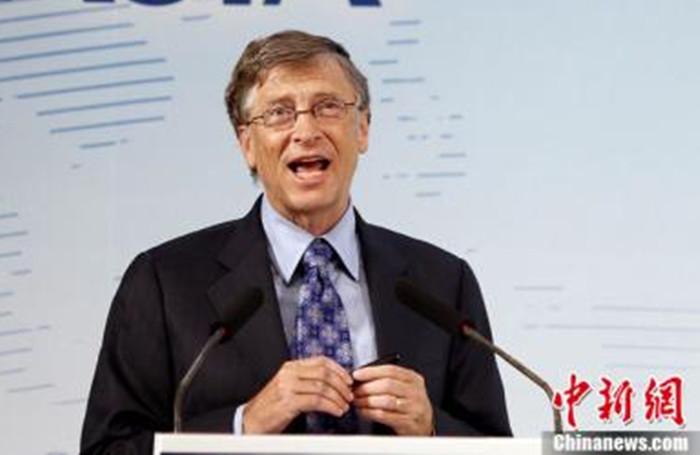 Zhongxin Finance, May 5th (Shen Jincheng Gong Hongyu) Recently, discussions about Musk's acquisition of Twitter can be described as unsettled and wave after wave.

A few days ago, there was another "big guy" in the camp denouncing Musk.

Microsoft founder Bill Gates said at the event that he was concerned about the potential for Twitter to spread disinformation in the future, saying "Musk could make it worse."

On April 25, Twitter’s board of directors approved Musk’s acquisition plan, and the company will be sold to Musk for $44 billion, thus becoming a private company.

The transaction has not yet been completed and still needs to be approved by the regulatory authorities and the general meeting of shareholders.

A few days ago, at the CEO Summit hosted by the Wall Street Journal, when asked if he had further views on Tesla CEO Elon Musk and his acquisition of the Twitter platform, Bill Gates said that Musk may do Worse, because this is not his original track.

"Tesla and SpaceX have made remarkable achievements, but what is his intention this time (acquiring Twitter)?" Bill Gates said of Musk's many comments on the platform and advocated can't understand.

Bill Gates also mentioned that the owners of social platforms should play a certain role in combating false information. If people themselves do not trust the opinions of platform leaders, then platforms have no way to change people's minds.

According to previous reports, Musk and Bill Gates have different views on vaccination.

The old and new richest man has "

" for a long time, Musk once insinuated that Gates was "pregnant"

In fact, this is not the first time Musk and Bill Gates have publicly "fighted".

Adding the title of the richest man in the old and new worlds seems to add drama to this feud.

At the end of last month, a screenshot of the chat, which was not confirmed by the two parties, showed that Musk asked Bill Gates if he was bearish on Tesla. In the screenshot, Bill Gates said that he would rather discuss the possibility of charitable activities. In the screenshot Musk replied: "Sorry, I can't take your climate change philanthropy seriously when you're short Tesla, because Tesla is the company that's done the most to address climate change."

In addition, it is reported that Bill Gates said in an interview with the "New York Times" last year that "Elon's work on Tesla is unparalleled in terms of contribution to climate change, and it is not a good idea to underestimate Elon. idea.” But he also added that Tesla should also focus on more areas to contribute to the fight against climate change.

After the incident, Musk himself taunted Bill Gates by comparing Bill Gates with the emoji emoji of a pregnant man on Twitter.

However, Bill Gates still did not respond positively to whether he held a short position in Tesla's stock at the recent event, but said that Musk's related remarks did not cause him any trouble at all.

In addition, earlier in 2020, Bill Gates had previously said that he bought a Porsche Taycan for himself. At that time, a Twitter user asked: "Why did Bill Gates buy a Taycan instead of Tesla", Musk replied to the tweet, saying: "I honestly haven't had an impressive conversation with Gates."

After Musk brought up the Twitter acquisition for a sky-high price of $44 billion, he recently tweeted: "For ordinary users, Twitter will always be free, but for business/government users, it may be a small cost. "

Although the acquisition is not complete, it signals that Twitter may charge institutional users in the future, and last month he also said that users of Twitter's premium subscription service "Twitter Blue" should pay $3 a month and get a verified account immediately. .

These remarks may indicate that Twitter’s current business model, which relies on advertising as its main profit method, will change after Musk completes the acquisition, but it remains to be seen how it will go.

According to estimates by data site Statista, Twitter will have 329 million users in 2022, and Twitter will generate $4.5 billion in advertising revenue in 2021, accounting for 88.7% of the company's total revenue.