Israeli court gives green light for expulsion of around 1,000 Palestinians

In Masafer Yatta, in the southern occupied West Bank, in the hills near Hebron, a dozen Palestinian villages and about a thousand people could be evicted at any time,… 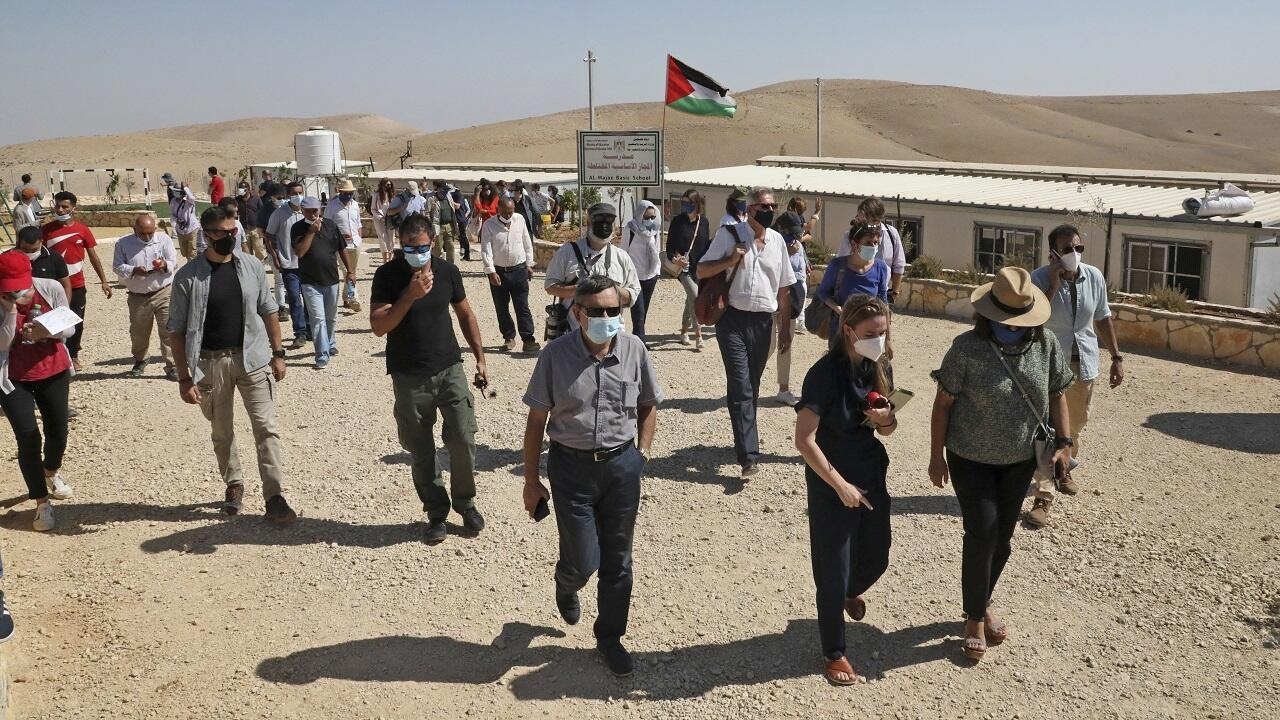 Israeli court gives green light for expulsion of around 1,000 Palestinians

A delegation from the European Union visiting with the NGO Breaking the Silence in Masafer Yatta, in October 2020. AFP - HAZEM BADER

In Masafer Yatta, in the south of the occupied West Bank, in the hills near Hebron, a dozen Palestinian villages and about a thousand people can be evicted at any time, so that the land is reserved for the training of the Israeli army.

The Supreme Court approved it on the night of Wednesday to Thursday May 5, after 23 years of legal battle between the Jewish state and the Palestinian inhabitants.

For the inhabitants, mostly Palestinian shepherds or farmers, it is a rural, poor, arid area of ​​3,000 hectares, with the air of lunar landscapes.

But for the IDF, this stretch of land has another name: Firing Zone 918.

Often, the soldiers come to train, roam the fields in armored vehicles and their helicopters fly very close to the houses.

Sometimes some of them are destroyed, to the detriment of the local community.

Overnight Wednesday-Thursday, the Supreme Court handed down its decision, giving the green light to the expulsion and forcible transfer of around 1,000 Palestinians.

This is one of the most significant deportation decisions since the Israeli occupation of the Palestinian territories in 1967.

► Also to listen: Israel: "There is a constant level of exasperation in the Occupied Territories"

Under the Geneva Conventions, it is illegal to expropriate occupied land for purposes that do not benefit the people living there or to forcibly transfer a local population.

But the Jewish state says the villagers are not permanent residents and have no rights to the land.

So far, the Israeli Defense Ministry has not commented.

For his part, the president of the council of Masafar Yatta, Nidal Younes, speaks of a “

racist decision, taken by a judge who lives in a colony, destroying in five minutes the life of 12 villages after 20 years of battle

And according to the Israeli NGO Breaking the Silence, it is "

► To read also: Nearly 600 Palestinians detained in Israel without charges