The European Commission announced this Monday that it has sent Apple a list of objections, considering it proven that the North American company abuses its position of dominance... 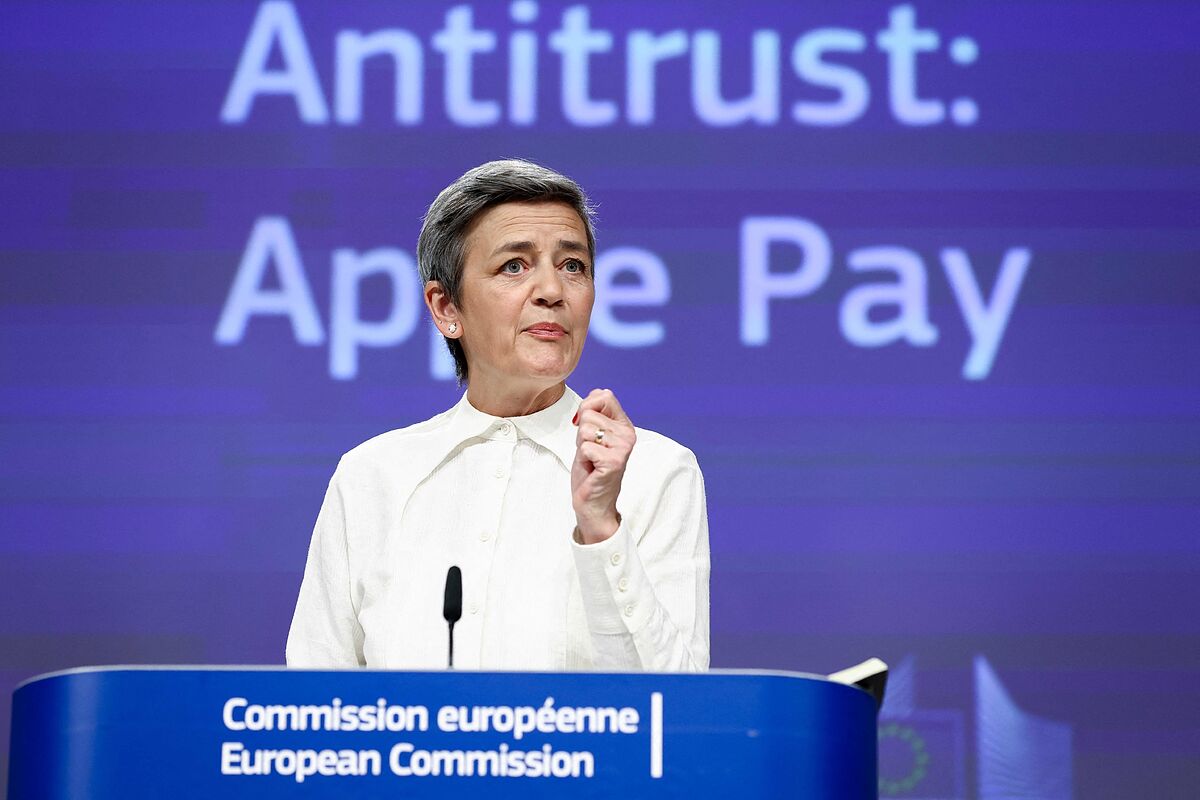 The European Commission announced this Monday that it has sent Apple a list of objections, considering it proven that the North American company abuses its position of dominance to favor and consolidate its

, which allows the payment of all types of commercial operations. from electronic devices.

The investigation carried out by the team of the Competition Commissioner,

, started almost a year ago and although it had Apple Pay in the target from the beginning, it has ended up fully addressing NFC technology ('Near-Field Communication' or ' tap and go'), cast according to European technicians for the rest of the companies in the sector.

"Mobile payments play a rapidly growing role in our digital economy. It is important to the integration of European payment markets that consumers benefit from a competitive and innovative payment landscape. We have indications that

We have preliminarily found in our Statement of Objections that Apple may have restricted competition, to the benefit of its own Apple Pay solution.

If confirmed, such conduct would be illegal under our competition rules," Vestager said.

, Apple faces not only a fine but the obligation to change this practice

if it wants to operate in European markets.

Brussels has given itself time since June of last year to gather information, both from the company and from its competitors.

For the payment system but also for the Apple Store.

It is not the first time that there is a file, both for the Cupertino firm and for other multinationals that play the role of platform and operator at the same time.

And that, according to Brussels,

Competition sees it as irregular for Apple to prevent mobile wallet app developers from accessing the necessary hardware and software ("NFC input") on their devices, for the benefit of its own solution, Apple Pay.

Apple controls all aspects of the user experience in this ecosystem, including mobile wallet developer access

The Commission preliminarily considers that Apple enjoys significant market power in the market for smart mobile devices and a dominant position in the markets for mobile wallets.

Notably, Apple Pay is the only mobile wallet solution that can access the necessary NFC input on iOS.

Apple does not make it available to developers of third-party mobile wallet applications.

This technology enables communication between a mobile phone and payment terminals in stores.

available on almost all payment terminals in stores, and enables the most secure and seamless mobile payments

Compared to other solutions, NFC offers a more seamless and secure payment experience and enjoys greater acceptance in Europe," says the statement issued by the Commission on Monday, pointing to a violation of Article 102 of the Treaty on the Functioning of the EU. .

"There are other technologies, such as those based on QR codes, but NFC technology is the most widespread in the EU and allows the most secure and seamless experience.

Apple has built a closed ecosystem around its devices and its operating system, iOS

And Apple controls the doors to this ecosystem, setting the rules of the game for anyone who wants to reach consumers using Apple devices.

Other app developers rely on access to this ecosystem to develop innovative mobile wallets.

The potential for innovation in this space is huge, but has been impeded by Apple denying others access to NFC on their devices.

As a result, various features of mobile wallets, such as ancillary financial services, are simply not available.

Apple has no challenges, it has little incentive to innovate.

And this is important.

Because this market is growing rapidly," Vestager lamented in an appearance.

The statement of objections submitted today focuses solely on NFC technology and its access.

Neither does it prejudge the result of the file, which may still take months or years to close, nor does it imply that there will be no more.

Community sources explain that it would be normal to see new decisions in the coming weeks or months, both on Apple Pay and on the Apple Store.

Apple states that for security reasons, it cannot provide access to NFC for payments.

"According to Apple, security risks would increase

if access was granted to third parties. We take security very seriously. Our investigation to date has not revealed any evidence pointing to such a high security risk. To the contrary, Evidence from our file indicates that Apple's conduct cannot be justified on security grounds," the Danish policy noted.

The statement of objections is one more step after the opening of an investigation, but only one intermediate step.

Through it, the Commission informs the interested parties in writing of the objections formulated against them.

The recipients can examine the documents in the Commission's investigation file, respond in writing and request an oral hearing to present their comments on the case, before Commission technicians and national competition authorities.

"The length of an antitrust investigation depends on a number of factors, including the complexity of the case, the extent to which the companies in question cooperate with the Commission, and the exercise of rights of defence," the Commission explains today.