Ludovic Subran: "The State must consider how to spend better without giving subsidies to everyone equally"

Ludovic Subran knows both the insides of Europe and those of his country of origin, France, or neighboring Spain and is capable of jumping from the elections in Paris to the situation... 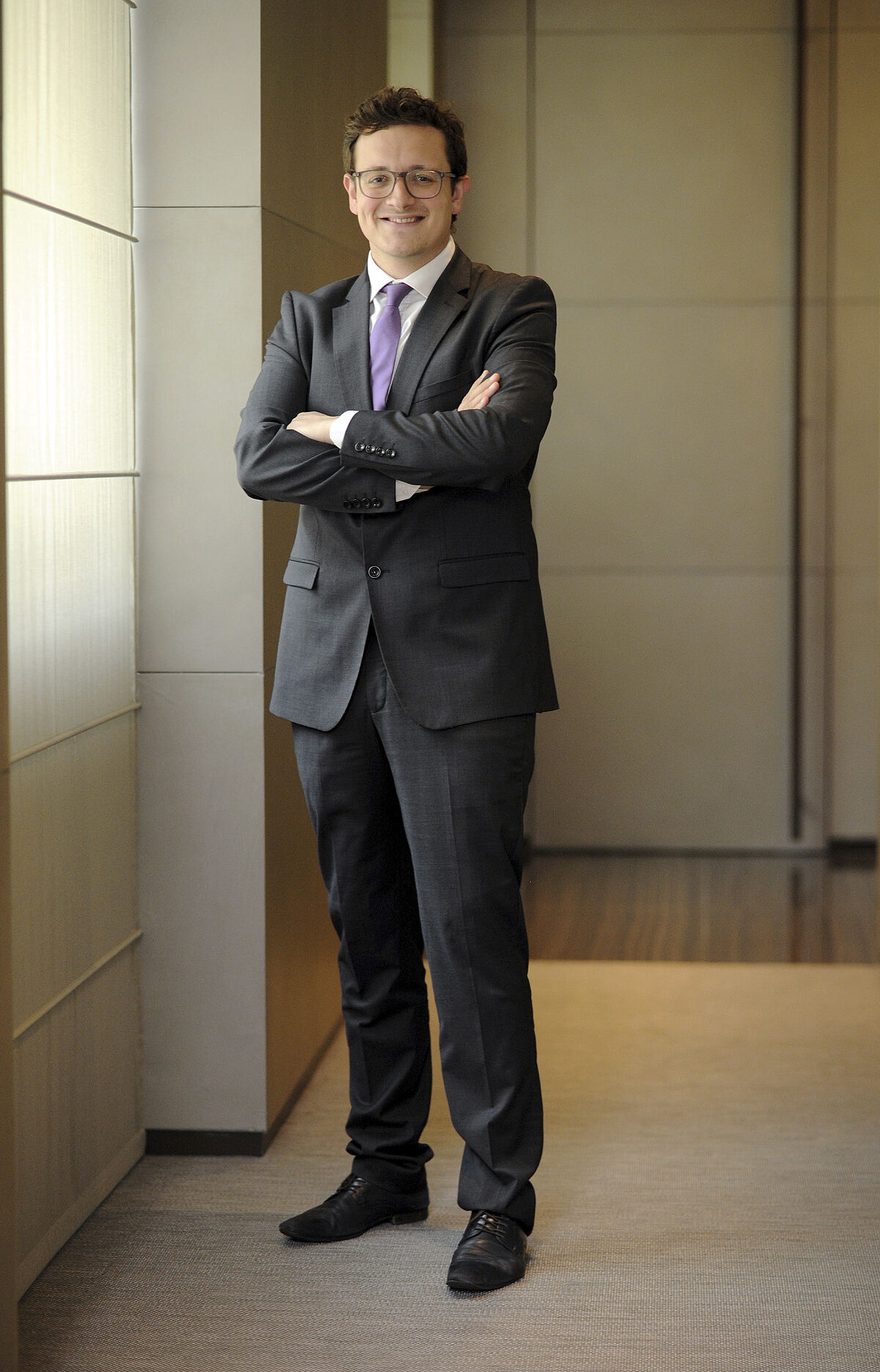 knows both the insides of Europe and those of his country of origin, France, or neighboring Spain, and is capable of jumping from the elections in Paris to the situation in Brussels or the economy of Madrid in a single question.

His resume explains it all.

Subran is also a member of

and among other things has been included by Richtopia among the

, and by the Institut Choiseul and Le Figaro as one of the top 100 French leaders of the future.

What will be the impact of the war in Ukraine on the economy? In the global environment, the war is accelerating the economic trends that had been set in motion after Covid, such as inflation, inequality, the relocation of resources or interventionism and the private-public pact... On the public issue, who is going to pay for the war?

The families, the companies or will it be the State?

Public intervention in this crisis will be greater.

In Spain now, for example, the issue of indexing pensions to inflation is an issue that is going to cost a lot.

Is it a good idea or not in terms of inequality?

I don't know, we would have to calculate it, but I think it's very dangerous now to make people believe that money is magic.

There are minimum pensions and you can index those, but the rest, not all need it when you have 15% of unemployed youth.

It is a social issue.

There are better ways to target budget support to those who need it most.

In this challenge, how far can or should the State go? That is my question.

The State has to help protect common goods and services, it has to let the private sector lead part of the innovation because it cannot

The quality of spending is much more important now than the quantity.

Lower them, raise them, keep them? Now there is a kind of consensus around not raising taxes because the recovery is a bit fragile and by raising them we fear making the same mistakes as in 2012. At that time, to discipline the budget, instead of lowering expenses we increase taxes.

This time there is no doubt that you have to spend,

but the issue that must be raised is how to spend better to target support instead of giving subsidies to everyone equally.

And the same thing happens with taxes.

The right-wing parties, when they ask to lower taxes, do so for a competitive issue.

I don't think it's a good time to download them.

In my country they are doing it because Macron promised it and the result is that now nobody is willing to pay for anything.

So I would say that it makes economic sense in Spain to lower taxes because the tax burden is quite high and the purchasing power of citizens, as well as business margins, are threatened by inflation, but the effect would be very little on the economic recovery and in inflation.

to do so now would be like saying that there is still more magic money and it is not a sign of budgetary credibility at a time when we have to rediscover a way to give budgetary credibility. Bearing in mind the increase in debt in recent years, could we live in Europe again a critical debt situation or similar to that of before 2012? I think not.

We have learned from the situation ten years ago and we do not want to play with fire again.

The ECB has to do something about inflation, but I am deeply convinced that it will never play with fire again.

The Trichet moment of 2011 will never be repeated again.

The most important problem is Italy. Would Spain be in a critical situation due to its debt? Much less than Italy and a little more than Germany.

Spain has led the evolution of Europe.

As a strong country in the euro zone, it has acted differently from other countries because it had a socialist government and now it is also leading in terms of ideas, of public policies to continue forward and prevent Europe from being cannibalized.

The most worrying issue for me is that we do not understand that the best way to avoid a crisis is to collaborate and do things between us. Is the Welfare State in Europe at risk? No.

The Welfare State is the best answer to stupid capitalism.

Our welfare model is the model of the future in health, in climate, in education... We need public investment to do it well, but the point of that model is that you cannot abuse it.

Also, the Welfare State can only work if it doesn't skip a generation.

The risk now is that, to protect the model we have,

let's spend badly and spend without being clear about how to target the additional spending.

Marine Le Pen has just obtained a historic result in the elections of her country, in France.

What does she think is the cause of the widespread advance of far-right parties throughout Europe? People have no patience with Europe.

The common currency is only 20 years old.

In the US it took almost 100 years to have a common dollar for all states.

It is not easy to explain to the citizens of a country that they have to pay to solve what is happening in other countries.

Why do people vote for far-right parties?

Because they are populists.

They sell them things they can't do.

Marine Le Pen was promising everyone a raise of 300-400 euros per month, how do you pay for that?

She spoke of nationalizing things or doing things that are legally impossible.

The far-right parties do it because they play a lot on people's fears and impatience. Is the ECB reacting too late or too slowly in Europe? In Europe there was no concern of the economy overheating before the war in Ukraine, So I don't think the ECB is late in its reaction, but it could have taken advantage of the windows of opportunity it had to raise negative rates a bit and do a favor to the countries that have been asking for positive nominal rates for years.

If the ECB raises rates three times as markets expect, it won't do much to quell inflation but it will dampen demand and slow economic growth.

They shouldn't go overboard on this.

The biggest risk now is that the ECB does more than it should to calm the markets.

I think he has to do something for his credibility, but if he does too much he could accelerate the recession and the risk of recession is quite strong right now in Europe. Would three hikes before the end of the year be too many? Yes.

For us, it would be enough to raise rates once this year, after QE ends, to face inflation and not stop growth.