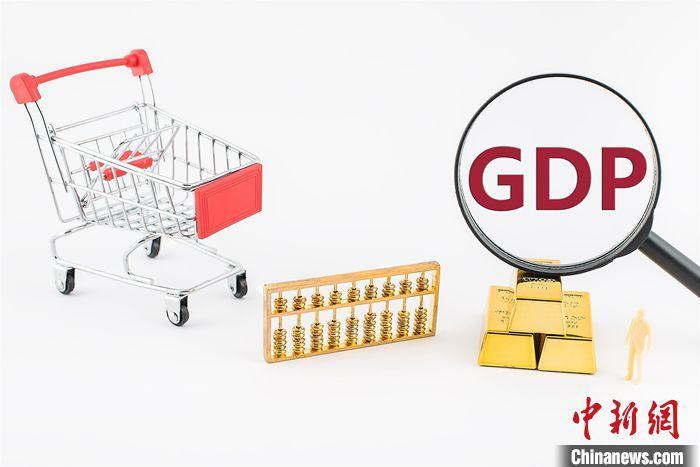 On the 18th, the National Bureau of Statistics released the operation of the national economy in the first quarter of 2022, and evaluated the first quarterly economic report with "generally stable start".

According to preliminary calculations, the GDP in the first quarter was 27,017.8 billion yuan, a year-on-year increase of 4.8% at constant prices, and a month-on-month increase of 1.3% from the fourth quarter of 2021.

The economic growth rate of 4.8% in the first quarter was 0.8 percentage points higher than the 4% growth rate in the fourth quarter of 2021.

The conflict broke out between Russia and Ukraine, commodity prices rose, and domestic epidemics occurred frequently recently. Some unexpected factors exceeded expectations. Under multiple tests, China's economy recorded a growth rate of 4.8%, which is not easy.

From the perspective of residents' income, in the first quarter, the per capita disposable income of national residents was 10,345 yuan, a nominal increase of 6.3% year-on-year; after deducting the price factor, the real increase was 5.1%.

The national median per capita disposable income of residents was 8,504 yuan, a nominal increase of 6.1% year-on-year.

This means that the growth rate of per capita disposable income of residents outperformed the GDP growth rate in the first quarter.

In terms of prices, in the first quarter, the national consumer price (CPI) rose by 1.1% year-on-year.

Wen Bin, chief researcher of China Minsheng Bank, told Zhongxin Finance that from the current point of view, my country's inflation level is generally controllable, and the constraints on monetary policy are relatively limited. Impact.

In terms of employment, in the first quarter, 2.85 million new jobs were created in urban areas across the country, and the national average urban survey unemployment rate was 5.5%.

Affected by the domestic epidemic since March, it has become more difficult for some people to find employment, and some job seekers have also been affected to a certain extent. The surveyed urban unemployment rate has increased.

In March, the national urban surveyed unemployment rate was 5.8 percent, up 0.3 percentage points from the previous month.

This reflects that the production and operation difficulties of enterprises have increased, and the employment pressure has increased.

Fu Linghui, spokesman of the National Bureau of Statistics and director of the National Economic Comprehensive Statistics Department, said that despite the impact of the epidemic, the surveyed unemployment rate in urban areas across the country increased in March, but overall, the overall stable employment pattern has not changed.

Consumption under pressure in March due to epidemic

In terms of consumption, in the first quarter, the total retail sales of social consumer goods was 10,865.9 billion yuan, a year-on-year increase of 3.3%.

However, due to the impact of the epidemic, consumption experienced negative growth in March.

In March, the total retail sales of consumer goods fell by 3.5% year-on-year and 1.93% month-on-month.

Fu Linghui believes that although the growth of consumption has been restrained to a certain extent due to the recent epidemic, the recovery trend of consumption will not change, and the role of consumption as a "ballast stone" will still appear.

In the first quarter, the contribution rate of final consumption expenditure growth to economic growth was 69.4%, still the largest contribution among the three major demands.

Regarding the situation of the real estate trend in the next stage, Fu Linghui said that although the current real estate sales are declining, it should be noted that with the moderate release of restrictions on purchases and sales in many places, lowering the threshold for the use of provident funds, and speeding up the approval of home purchase loans, some cities The housing demand in China has been released, and the decline in the sales area has narrowed.

He pointed out that in the next stage, all localities will adhere to "housing and not speculating", continue to stabilize land prices, house prices, and expectations, improve the long-term mechanism of the real estate market, and actively meet reasonable housing needs, and the downward trend of national commercial housing sales may be alleviated.

With the continuous improvement of the long-term rental market and the accelerated construction of affordable housing, the real estate market is expected to gradually stabilize.

Will the epidemic affect the economic growth target?

Recently, the social and economic life of Shanghai and other provinces and cities has been impacted by the epidemic.

Will this round of epidemic affect the achievement of this year's economic growth target?

First, the recovery trend of consumption is expected to continue.

Second, the stimulating effect of investment is expected to increase.

Third, the pace of industrial upgrading and development has accelerated.

Fourth, the green and intelligent transformation is driven by enhancement.

Fifth, the dividends of opening to the outside world continued to show.

Sixth, the macroeconomic policies have continued to be effective.

Fu Linghui said that in general, my country's industrial system is complete, the super-large market space is wide, the reform and opening up has many dividends, and the economic governance ability is strong, which can effectively deal with various risks and challenges.

From the perspective of the whole year, my country's economy is expected to maintain the momentum of recovery and development.