The entry into force today of the labor reform approved last December comes with a bonus of six million euros for Labor inspectors who monitor the... 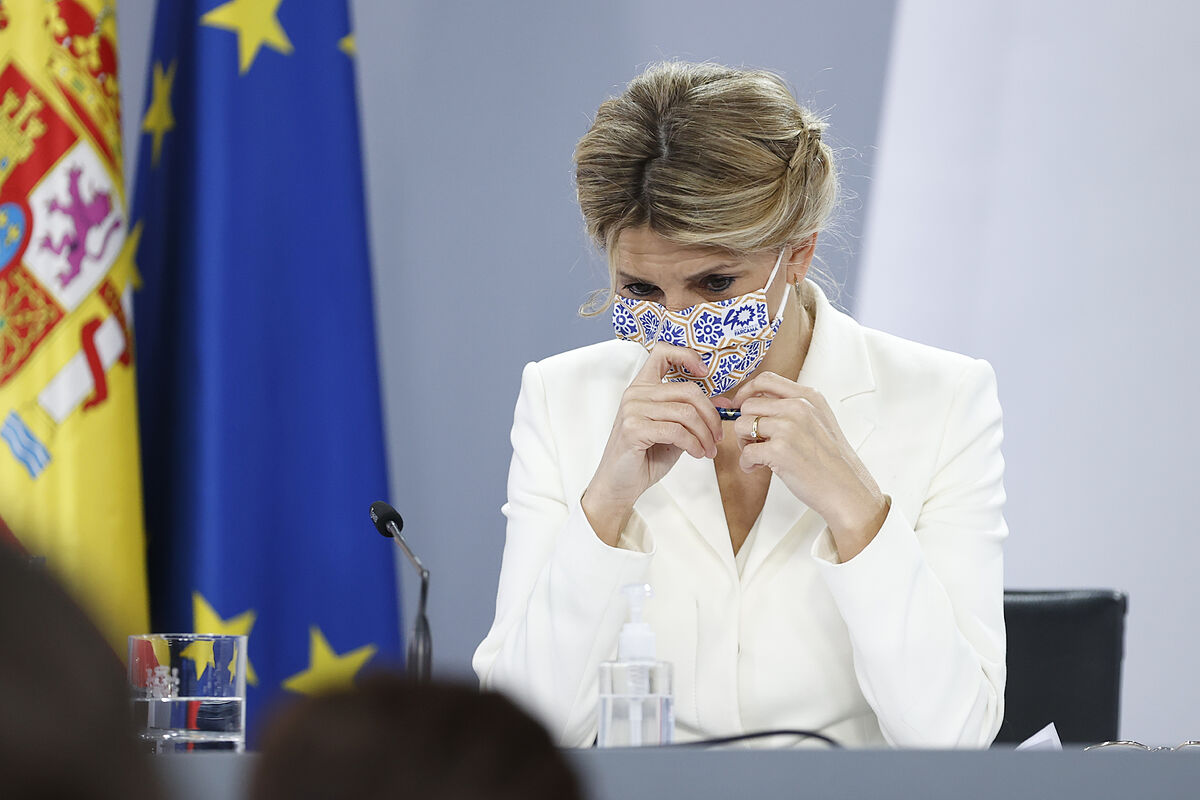 The entry into force today of the labor reform approved last December comes with a bonus of six million euros for Labor inspectors who monitor compliance with the new standard by companies and sanction non-compliance.

The productivity premium is part of the agreement reached by the Ministry of Labor with the body of inspectors last Tuesday.

In recent months the Labor inspectors have confronted the Government

demanding more human and material resources to carry out their function

But the lack of response led them to call a strike that has finally been postponed due to the Government's commitment to allocate more means in June.

The support for the proposed agreement from the ministry led by

was not unanimous but it was majority, so that, although it has not resolved the demands of the inspectors, it is already in force today.

The objectives of "maximum interest" for the organization that are indicated are the implementation of the labor reform that today enters into force;

the verification of the obligations derived from the ERTE of the Covid 19 regulations;

the plan against fatal accidents;

the implementation of electronic notifications and the reduction of file processing times, as stated in the agreement proposed to the unions.

The offer, which includes the incorporation of 200 interims, was accepted among other organizations by

while others such as

CCOO and the Union of Labor and Social Security Inspectors

The six million euros in bonuses will be distributed evenly by groups of officials, with installments of between 2,100 euros and 1,100 euros to be paid in June and at the end of the year.

The rule approved last December has the nuclear objective of reducing temporary employment in the Spanish labor market, where the abuse of this type of contracting has been the norm in the private sector and, even more so, in the public sector.

With the transition period that ended yesterday, it establishes that all contracts will ordinarily be indefinite, reconfiguring the modalities.

a catalog of infractions and fines that reach up to 10,000 euros for the most serious,

fundamentally focused on contracting in fraud of law in situations of validity of an ERTE.

are considered for each affected worker.

Temporary contracts may only be made for highly valued reasons: due to production circumstances and for the replacement of another worker with a job reservation.

The first may only be arranged for unforeseeable occasional increases in production or oscillations in demand, for a maximum period of six months, extendable to twelve if so established by the sectoral collective agreement on duty.

However, it may be used in agricultural or commercial campaigns provided that the contracting time does not exceed 90 days.

The contract for work and service also disappears, with which businesses that, either due to activity linked to a contract or due to seasonality, based their hiring on temporality, will foreseeably resort to the new modality of discontinuous fixed, with the same rights as indefinite ones.

It is for this reason that among experts in the world of work it is pointed out that in the coming months there will be a nominal reduction in temporary employment in favor of permanent contracts.

"The statistics will pick up this indefinite nature but the contracts may be as temporary as those that existed until now,

in some way the problem is covered,"

It has not been easy for companies to adapt to a framework that advisors consider complex.

"Most of the queries are aimed at adapting companies' hiring policies to the new regulation," explains David Díaz, labor partner at Baker Mckenzie.

and its transitory regime. On the other hand, the study of the possibilities offered by the figure of the discontinuous fixed line".

The definitive entry into force of the labor reform, a text agreed upon with the social agents, coincides with the worsening of economic adversities, this time at the hands of inflation and energy prices.

The circumstances have led the Government to establish a Shock Plan in which it has extended the limitations imposed on companies in relation to dismissals.

The president of the CEOE,

Antonio Garamendi, denounced yesterday that the prohibition of objective dismissals in companies that receive public aid implies "putting the scissors"

and "changing the rules of the game" of the labor reform agreed with the social agents.

SustainabilityCompanies want to move from zero to positive impact