Subsletter Evening (3/29): The takeover committee "I will fix the 3 rental laws"... Can you beat the Democrats?

News summary on the way home from work, Subsletter Evening. The Presidential Transition Committee is talking about the revision of the 'Lease 3 Act' yesterday and today. They are even saying that they will persuade the Democrats to the extent that the composition of the National Assembly of the next government will be 'women and so-and-so'. 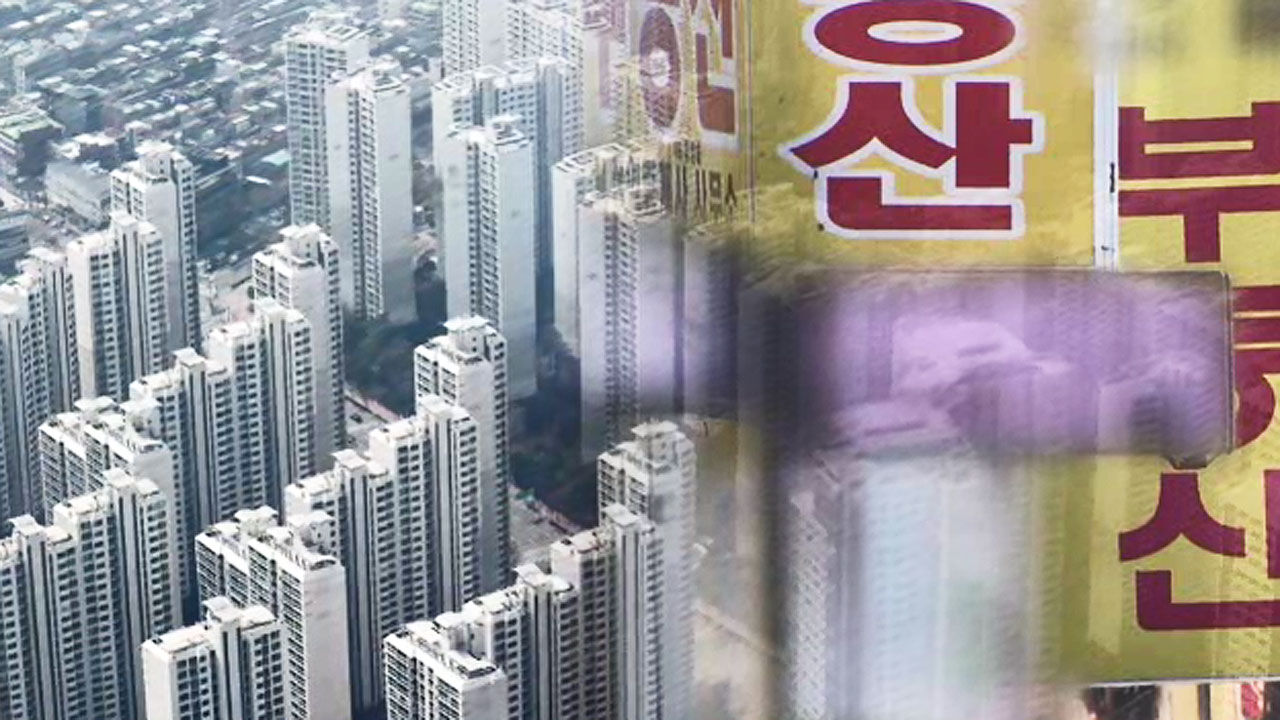 The Presidential Transition Committee is talking about the revision of the 'Lease 3 Act' yesterday (28th) and today.

They are even saying that they will persuade the Democrats to the extent that the composition of the National Assembly of the next government will be 'women and so-and-so'.

They view the 'Lease 3 Act' as a failure of the current government's real estate policy and have a strong will to improve it, including abolition or reduction.

In principle, the Democratic Party is opposed to the revision of the 'Lease 3 Act', so difficulties are expected in the process of debate at the National Assembly.

A Real Estate Task Force (TF) of the Presidential Takeover Committee has been formed, and Konkuk University Real Estate Professor Shim Gyo-eon is serving as the team leader.

Professor Shim pointed out, "The current government introduced the 3 Lease Act without sufficient social consensus and grace period, which greatly damaged the safety of the people's residence." We will review it," he said, and he also announced his position that he would persuade the Democratic Party to proceed with the amendment of the law.

Professor Shim explained, "There are quite a few things that can be done without amending the law in relation to the revitalization of the private sector, and I put a lot of content that the opposition and opposition parties agree on," please see the description.

(Lease 3 Act) is regarded as a failure case of the Moon Jae-in government's real estate policy that undermined the safety of people's residence.

In particular, it is understood that there are serious problems such as a decrease in rental housing sales, acceleration of conversion of jeonse properties to monthly rent, a sharp increase in rent due to pre-recording of four-year rent, double price formation between renewal and new contracts, and an increase in disputes between landlords and tenants.

Therefore, the next government will review the housing rental system improvement, including abolition and reduction, in order to restore the market function, but prepare a plan to minimize the impact and implement it in stages.

In August of this year, the second year of the lease law, concerns over the jeonse market are dominant.

Therefore, the next government is planning to persuade the Democratic Party to revise the law when a public consensus is formed about the side effects of the rental market through monitoring the market situation.

(..) There is a possibility that the 3rd Law on Leases may go on for a long time, so I will prepare two things to prevent side effects.

(..) Private rental supplements public rentals and provides rental housing that can be lived in stable for a long time through private capital.

Although it contributed to stabilizing housing for the common people through rent regulation, new supply is being reduced due to reduced support policies.

We plan to support sufficient supply of construction rentals, and to expand purchase rentals in stages, focusing on non-apartments and small apartments.

Considering the limitations of the public rental supply, privately registered rental housing will be sufficiently supplied.

Next, Won Il-hee, senior deputy spokesperson for the transition committee, said, "The TF has a sense of the problem that there is no need to explain the pain and confusion brought to the market by the 3 rental law. It is the opinion of the transition committee that, while persuading the Democratic Party to push for law amendments, they do what they can do only with the government's will without changing the law," he added.

What are the 3 rental laws?

The 3rd Lease Act includes ▲ the right to request a renewal of a contract that guarantees an additional 2 years after a 2-year lease agreement ▲ a cheonsei and monthly rent ceiling system that limits the increase in rent to 5% of the previous contract ▲ a cheonsei report system that requires reporting the fact within 30 days of the contract It is a law that contains three systems.

Specifically, this system is included in the Housing Lease Protection Act and the Act on Real Estate Transaction Reporting.

It is because the Democratic Party, which handled the 'Lease 3 Act' by calling it 'people's livelihood legislation', is still the majority party, 'Yeosoyadae'.

So, the explanation of the transition committee is that it will do what the government can do first without changing the law.

Democrats: "There is no way to abolish it"

The Democratic Party is clearly opposed to the policy of the abolition or reduction of the 3rd Lease Act announced by the transition committee.

Ho-jung Yun, chairman of the Democratic Party's emergency response team, said on CBS radio's 'Kim Hyun-jung's News Show', "It is not a law to be repealed. Our party (abolition) is difficult to accept." there was no

That's not a law to be repealed.

The 3rd Law on Leases seems to refer to the Housing Lease Protection Act.

However, considerable confusion is expected when we ask that the Housing Lease Protection Act, the Housing Transaction Act, which sets out the housing lease report system, and the Transaction Registration Act, should be repealed.

◇ Host> The transition committee said, 'The side effects are very serious.

Rather, the price of jeonse is soaring, and jeonse is moving towards monthly rent.'

That part is sometimes said that way, but it is about 70% of the total number of such jeonse tenants, whose rights are guaranteed without a rent increase through the right to renew the lease contract over the past two years.

So, the contract renewal rate is about 70%.

We believe it's not something we're going to talk about easily because it's going to have a pretty big impact.

Park Hong-geun, the floor leader, also met with reporters after visiting the National Cemetery and said, "In the presidential election, Lee Jae-myung (former) and our party said that in principle, this issue should be respected. I will discuss it (focusing on this). I will take a closer look at what problems may arise in the field as the contract period is renewed as the second half of this year enters the second half of this year.” that's

Realistically, if the National Assembly is in a situation of 'females', and if the 3rd Lease Act is repealed or completely reorganized, the shock to the market is bound to be huge.

So, there is a step-by-step reform plan that partially revises the law, and although the transition committee talked about some supplementary measures in today's briefing, there is nothing on how to reorganize the core contents of the 3rd lease law, such as the right to apply for contract renewal.

They say it is not yet in the stage to come up with a plan.

There are several directions for the market.

From the end of July of this year, the two-year anniversary of the immediate implementation of the right to renew the contract, the contract renewal in the form of '2 years + 2 years' has expired. There is concern, but measures to stabilize the rental market are expected.

Inside and outside the transition committee, it is predicted that there will be a plan to give separate incentives to the lessor to relieve the burden on the lessee. Incentives are given to the lessor who signs a long-term contract that extends the contract period by 4 years, raises the rent lower than the market price, or converts the monthly rent to cheonsei. It is a way to provide

There is an opinion among experts that it is necessary to diversify options in terms of contract period and rent increase. A plan to adjust the rate to 5% is also being discussed.

Professor Shim Gyo-eon, the head of the real estate task force of the transition committee, said in an article or discussion in the press, "Jeonse rental is a private sector and it is not a matter of excessive public intervention. In the long term, it is desirable to abolish the 3 rental law, but to reduce market shock, One way to induce price stability by providing incentives, such as tax and loan benefits, to landlords who supply house prices at a low price is a way to support this expectation.”

The market is also talking about applying the lease law differently by region, but the logic of this plan is that it is difficult to apply the law uniformly to areas where the cheonsei rent price does not rise significantly and to large areas.

There is also the possibility of a revival of a system (registered rental business system) that grants tax benefits to private landlords when they register as a housing rental business and comply with the rent ceiling.

The Ministry of Foreign Affairs called Naoki Kumagai, the general secretary of the Japanese Embassy in Korea, to protest the distortion of Japanese history textbooks.

Japan held a review committee for textbook examination and passed the examination of 239 textbooks to be used by students in their second year of high school or higher. This is because textbooks for 12 social studies subjects, including geography, public affairs, and political economy, included the description that Dokdo is “Japanese territory”.