Bin Touq: The UAE is among the 20 largest economies in the world for foreign direct investment

The Minister of Economy, Abdullah bin Touq Al-Marri, stated that "the UAE recorded a growth in the flow of foreign direct investment during 2021 by 4%, with a value of $20.7 billion (76 billion dirhams), bringing the total to 171.6 billion dollars (623 billion dirhams)." He said, Bin Touq, in his striking speech 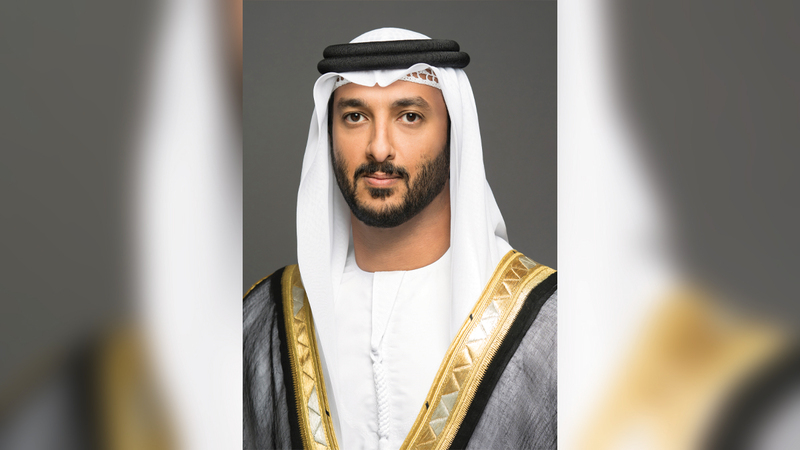 76 billion dirhams of foreign direct investment to the state during 2021, with a growth of 4%

Bin Touq: The UAE is among the 20 largest economies in the world for foreign direct investment

The Minister of Economy, Abdullah bin Touq Al Marri, stated that "the UAE recorded a growth in the flow of foreign direct investment during 2021 by 4%, at a value of $20.7 billion (76 billion dirhams), bringing the total to 171.6 billion dollars (623 billion dirhams)."

In his opening speech at the Annual Investment Forum 2022, which kicked off yesterday in Dubai, Bin Touq said;

"The UAE is one of the world's 20 largest economies for foreign direct investment," adding, "Cumulative foreign investment increased by 13.7% in 2021, and increased by 113% during the last 10 years."

He pointed out that "despite the impact of the epidemic on trade and investment exchanges and related challenges, the UAE has set an example by showing how each challenge can be turned into an opportunity."

Bin Touq stressed, in a press statement on the sidelines of the forum, that "the UAE has attracted foreign direct investment from all over the world, due to the country's strong, open and free economy, and perhaps the most prominent sectors that formed the most important new investments in the UAE are: the technological sectors and artificial intelligence. E-commerce and blockchain technologies have certainly created new job opportunities.”

With regard to concluding economic partnership agreements with eight countries, Bin Touq said: “It is expected that some economic partnerships with Indonesia and Israel will emerge before the end of the first half of this year,” noting that the global geopolitical and geoeconomic repercussions and challenges would affect the economy. The global economy, including the UAE economy, by virtue of the nature of its free and open composition to the world.

He added that "the size of the UAE economy, today, is about 1.4 trillion dirhams, and it is expected to reach three trillion dirhams during the next seven years, and this means achieving a growth rate between five and 6%."

With regard to the repercussions of the global inflation wave and the rise in prices of basic commodities, Bin Touq said: “We monitor more than 300 commodities annually in all the shelves of outlets and retail stores, and at all levels of the emirates and regions of the country, as monitoring the supply of prices and their fluctuations is an essential work of The ministry, and we have a working group for consumer protection, as well as a new consumer protection law that was recently issued, and communication channels are available to the ministry, during which we work on the importance of maintaining food security and providing all products on the shelves,” noting that negotiations are still underway with the British side to sign a free trade agreement.

More than 174 countries around the world are participating in the activities of the Annual Investment Forum 2022, with the participation of dozens of representatives, country delegations, economists and investment experts.

The events of the forum provide a real evaluation of investment opportunities in several markets around the world, and the market of the United Arab Emirates, which is one of the most vibrant economic poles in the world.

The first day was marked by a strong global presence, which is an important indicator of the recovery of global markets after the "Covid-19" stage.

The forum will focus on the future of the global economic landscape and its implications for foreign direct investment and growth prospects in emerging markets.

The President of the Republic of Tatarstan, Rustam Minnikhanov, said: “One of the most important global policies is to increase investment in economic recovery, development and innovation.

Our country presents a model for stable growth in all fields.”

He added that «the modern Republic of Tatarstan is one of the leading countries in the Russian Federation in the sectors of industry, science and education.

It also pays special attention to innovation in addition to being a pioneer in digital transformation in all sectors.

I invite you to visit Tatarstan to explore opportunities in our developing market.”