"Planting trees" is common, how much do you know about "planting corals"? As the "engine of marine life", coral carries the important function of maintaining the biodiversity of the seabed, and because of its degradation, it has aroused continuous global attention to the marine ecological environment. In order to arouse more people's awareness of coral conservation and protection of the marine e 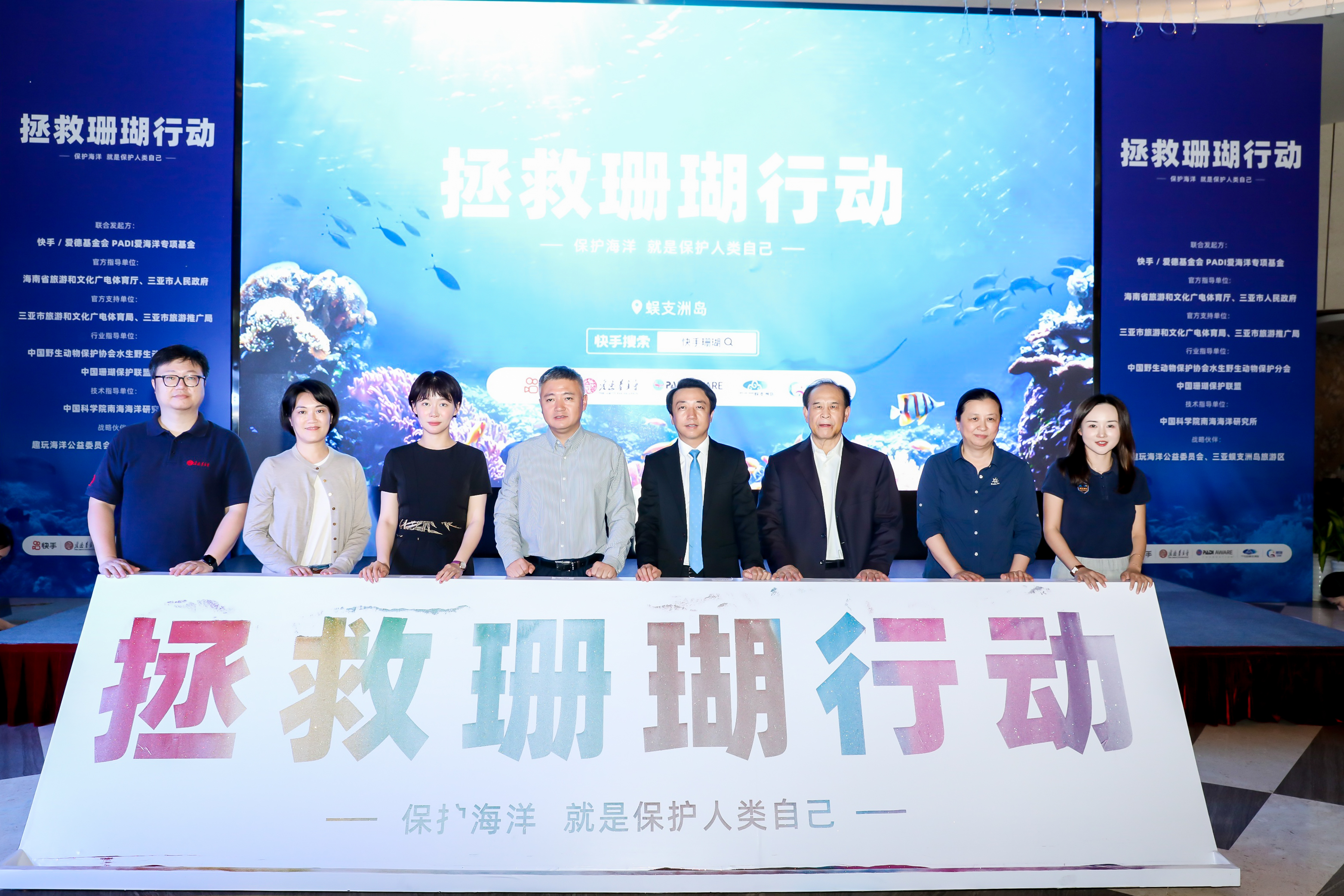 "Planting trees" is common, how much do you know about "planting corals"?

As the "engine of marine life", coral carries the important function of maintaining the biodiversity of the seabed, and because of its degradation, it has aroused continuous global attention to the marine ecological environment.

Coral conservation is the protection of marine environmental diversity

Coral reefs have long been known as "tropical rain forests" and "undersea gardens" in the ocean, and are an important part of the marine ecosystem.

Covering less than two thousandths of the seabed, it provides a home for nearly 30% of marine fish and resists the impact of waves.

For this reason, coral reefs play a vital role in the health and sustainable development of human society and the marine ecological environment.

But over the past 30 years, up to 50 percent of coral has disappeared.

Coral reefs in my country are seriously degraded, and coral reef restoration has also received great attention from the state and local governments.

"Why can't we plant cuttings on the seafloor like afforestation to expand living space for coral reefs and marine life?" Scientists once put forward such a hypothesis, and now in some areas, "planting trees" on the seabed has begun.

In view of the significance of coral protection to the marine ecological environment, on December 24, 2021, Kuaishou and the PADI Love Ocean Special Fund of the Amity Foundation jointly launched a coral saving action, and established an innovative coral public welfare interactive platform - "Kuishou Coral" online. Through a variety of short videos and live broadcasts, users are called on to plant corals online, so that everyone can participate in coral protection actions.

It is understood that Kuaishou users can receive energy by participating in various tasks on the public welfare platform, cultivate corals online, and cultivate one coral each online. Experts from Kuaishou, Amity Foundation PADI Love Ocean Special Fund and the South China Sea Institute of Oceanography, Chinese Academy of Sciences We will work together to carry out coral protection activities and plant a corresponding coral on the seabed in the name of the user.

In addition, the exclusive nameplate on the coral planted in the name of the user, the user can customize the content of the nameplate, making the marine public welfare more ceremonial.

This move will further promote coral restoration and protection through the practice of bringing together social forces to empower marine scientific research.

It is reported that the "Save Coral Action" public welfare project focuses on coral ecological restoration and outputs more interesting popular science content. At the same time, it also actively calls on the public to participate in the study and dissemination of marine ecological conservation knowledge through public welfare interaction.

Are corals animals or plants?

What are reef-building corals?

How is marine litter created?

What are some interesting common senses about the ocean?

These questions can be answered on the Kuaishou Coral Public Welfare Interactive Platform.

A number of marine scientific research experts who participated in the "Save Coral Action" public welfare activity have said that using the perspective of scientists to tell popular science on social media, and participating in online popular science forms including live broadcasts and short videos, will make marine science popularization and environmental protection concepts deeply rooted in the hearts of the people. .

From the actual effect, the establishment of an online public welfare platform through social media such as Kuaishou can not only promote more popular science content, but also allow the public to interact and participate, which is both interesting and positive topic.

It is worth mentioning that this kind of public welfare platform advocates that more enterprises, institutions and individuals can pay attention to marine environmental protection and join the ranks of supporting marine scientific research, which has profound social value and wide influence.

The corals that are cultivated and planted are lush and lush, and various sea cucumbers, shrimps, shellfish and fish come along with them, which can be called the submarine version of "afforestation".

"Kaishou Coral" attracted wide participation from netizens as soon as it was launched.

How to grow corals on the seabed?

Young actor Li Xian appeared in the waters of Hainan, dived into the seabed to plant corals himself, and called for marine ecological protection.

At the same time, coral expert Wang Peizheng made on-site interpretation and answered questions online for everyone.

Wang Peizheng, a coral conservation expert, said that the "Kaishou Coral" project has made more people understand the value and significance of protecting corals, which is conducive to coral protection and environmental protection.

"Even if people live inland and far from the ocean, the environmental protection behaviors that people do are beneficial to coral reefs and the entire ecosystem such as tropical rainforests, forests, grasslands, etc. Reducing carbon emissions and reducing pollution is everyone's responsibility. It takes a long time to do things.”

With every effort, a harvest, with the efforts of many experts and scholars for many years, the coral planting work has achieved initial results.

It is understood that Mr. Huang Hui and his team from the South China Sea Institute of Oceanography, Chinese Academy of Sciences, have continuously overcome all difficulties in their 20-year research work. At present, they have successfully planted 120,000 corals and more than 200,000 square meters of coral reefs on the seabed.

As we all know, the healthy development of the marine ecosystem is related to the sustainable development of the entire society. Based on this, as a new communication medium in the digital age, the short video live broadcast platform represented by Kuaishou has launched a coral protection public welfare project and joined the ranks of saving corals with practical actions. Strengthening the dissemination of marine protection content will help to further enhance the national awareness of the responsibility to protect marine ecology, guide the public to establish the concept of harmonious coexistence between humans and the ocean, and jointly protect the blue coast of the earth.