Shops offered discounts of up to 25% on goods and products on the occasion of "Mother's Day", which falls on March 21, which included gold, jewelry, clothing, furniture, household appliances and perfumes. , 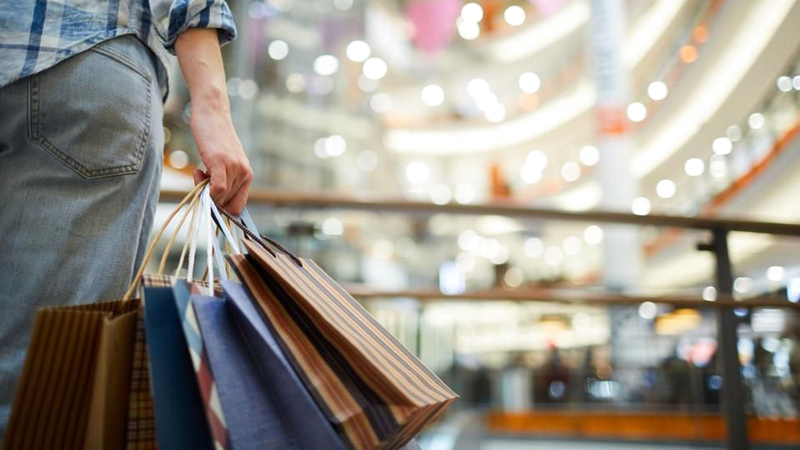 Consumers demand that offers not be limited to one day

Shops offered discounts of up to 25% on goods and products on the occasion of "Mother's Day", which falls on March 21, which included gold, jewelry, clothing, furniture, household appliances and perfumes. For mothers, on this occasion.

Consumers demanded that the offers start early to give them the opportunity to purchase and compare prices, provided that they last days, not one day.

Consumer Youssef Ahmed said that shops and restaurants offered discounts of up to 25% on the occasion of “Mother’s Day”, and demanded that the offers start early, to give consumers an opportunity to buy, and that they last for several days, instead of one day.

In turn, the consumer, Hanan Abdel Hamid, indicated that shops offered discounts at rates ranging between 10 and 20% on clothes, furniture and household appliances, while restaurants and cafes offered free meals and drinks, agreeing that discounts and offers should start early, and not be limited to one day.

As for the consumer, Omaima Ismail, she stressed the role of discounts in alleviating consumers, and providing various alternatives and valuable gifts, explaining that discounts generally ranged between 10 and 25%, and included jewelry, clothing, furniture, and cosmetics.

She stressed the importance of continuity of offers for a longer period, allowing consumers to purchase and compare prices and quality of goods.

In addition, the official in the management of a commercial center, Ahmed Saeed, said that the management of the center agreed to request stores to offer discounts of up to 25% on the occasion of “Mother’s Day”, pointing out that these stores began offering discounts yesterday, Thursday, to give an opportunity to buy during the weekend. .

He explained that the discounts include goods and gifts specific to women in general, such as gold, jewelry, clothing, furnishings, household appliances, furniture, and cosmetics, expecting the reductions to contribute to sales growth.

For his part, the Executive Director of "Deerfields Mall", Muhammad Al-Haj, said that the center launched a set of free offers on the occasion of "Mother's Day", including an opportunity to win a silver set for the first 10 mothers who visit a jewelry store, next Monday, and cafes for mothers offer free drinks. Beauty salons offer free body care and henna drawing sessions next Monday.

He pointed out that some services require pre-registration in the customer service offices in the mall, or by sending an e-mail, pointing out that the center aims to be a forerunner in promoting social values, foremost of which is celebrating and thanking women.

In the same context, Ibrahim Ayoub, the sales official in a shop in a shopping center, said that the sales include goods that are highly demanded by women, expecting that the offers will contribute to increasing sales.

The general manager of the Grand Millennium Al Wahda Hotel, Fadi Ammash, said that the hotel will provide a free meal to the mother when there are two people with her, provided that the offer is valid on March 21.

In turn, Millennium Place Barsha Heights Hotel launched an offer that includes inviting mothers to a free “buffet” of Mexican dinner with their families on March 21, and the hotel’s restaurant offers dinner and brunch at a 50% discount when mothers dine with the family on March 20.

Retail expert Davey Nagpal said the discounts are aimed at stimulating sales in light of intense competition between stores to attract consumers.

He added that national and religious occasions have become prime seasons for shopping in the country, which is in the interest of the retail sector and consumers alike.

Nagbal called for the expansion of discount campaigns related to certain categories, and to continue for several days, pointing out that reductions directed at certain groups are required, and are applicable in many countries of the world, and support confidence between retail stores and consumers.