Two young Palestinians were killed on March 15 during an operation by Israeli security forces in two different sectors of the occupied West Bank. 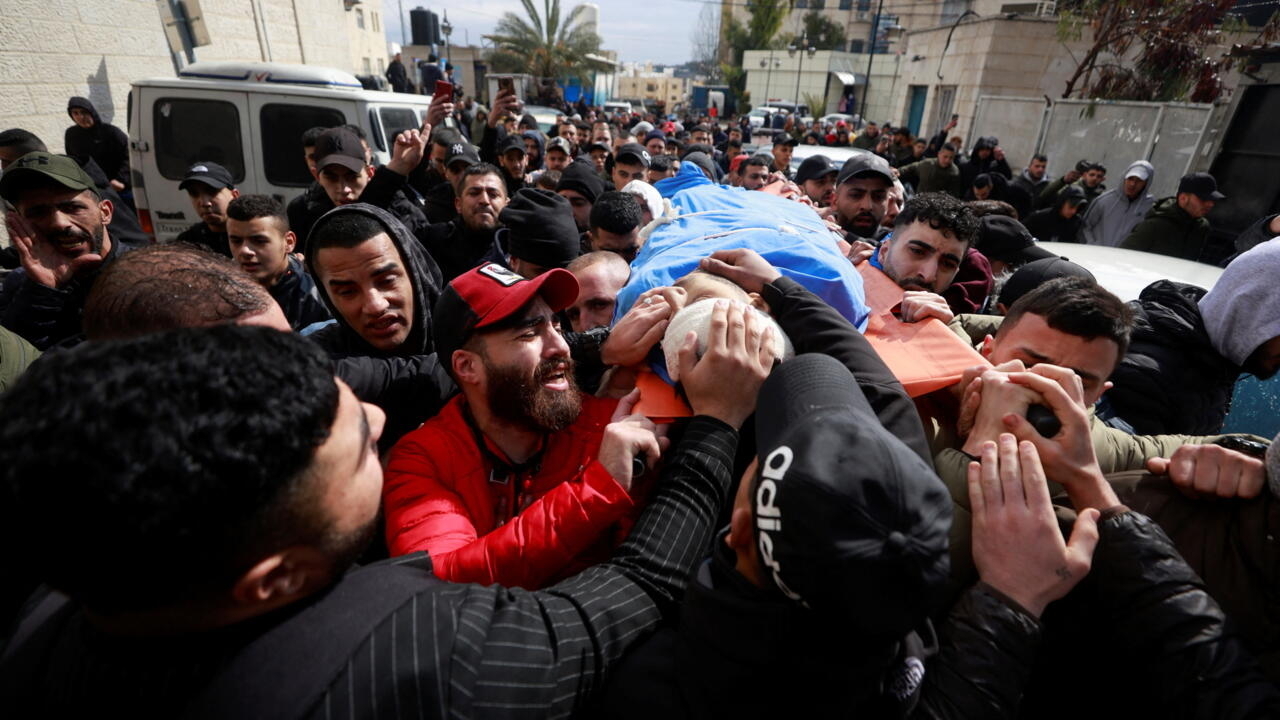 Alaa Shaham, in his twenties, was fatally shot in the head and six other young Palestinians were shot and wounded in the Qalandiya refugee camp near Ramallah.

Two young Palestinians were killed on March 15 during an operation by Israeli security forces in two different sectors of the occupied West Bank.

Two young Palestinians were killed this morning by Israeli forces.

One, Nader Haitham Rayan, a teenager, was fatally wounded by bullets in the Balata refugee camp, near Nablus, in the northern West Bank.

a Palestinian wanted by Israel for terrorist activities".

“As they were about to leave the camp, a motorcycle arrived with a terrorist on board who fired in their direction.

Israeli forces responded and killed him

Three other people were injured and were hospitalized.

The other, Alaa Shaham, 20, was shot in the head in the Qalandiya refugee camp near Ramallah.

The spokesman for the Israeli border guards also reported violence during an arrest operation.

These new scenes of violence come as a senior US State Department official in charge of Israeli and Palestinian affairs, Hady Amr, is touring Israel and the West Bank these days to "

" in particular the living conditions of the Palestinians, indicates the American embassy.

►Also read: West Bank: 17 Israelis arrested after an attack in a Palestinian village