Rising commodity prices in the world and the application of Western financial sanctions against Russia, after its invasion of Ukraine, threaten to derail the global economy, which is still suffering due to the “Covid-19” pandemic. Inflation has risen to record levels not seen in Europe and the United States in decades, and Asia is witnessing 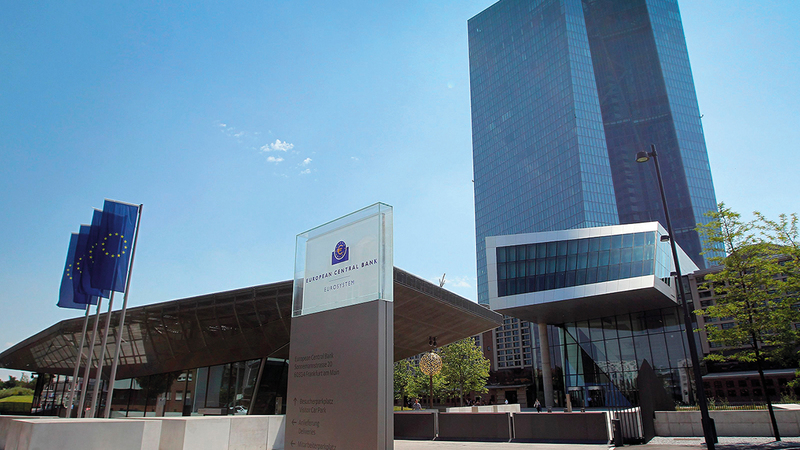 Economists warn of a possible wave of stagflation

European Central Bank officials will proceed with caution despite the high rate of inflation.

Rising commodity prices in the world and the application of Western financial sanctions against Russia, after its invasion of Ukraine, threaten to derail the global economy, which is still suffering due to the “Covid-19” pandemic.

Inflation has risen to record levels not seen in Europe and the United States for decades, and global stock markets are witnessing a collapse, and the dollar's rise against other currencies.

Economists warn of a possible wave of stagflation in the world, especially in Europe, which is experiencing a state of high inflation with declining growth.

At the same time, central banks responded to the rise in oil prices, with policies to facilitate money, at a time when some of these banks may abandon their plans to increase interest rates, after keeping them low during the pandemic period.

US Federal Reserve Chairman Jerome Powell told congressional officials last week that inflation was likely to rise due to Russia's invasion of Ukraine, and said he would propose a quarter-percentage-point increase in the interest rate at next week's meeting.

In Frankfurt, European Central Bank officials indicated they would move cautiously, despite inflation rising to 5.8% in February, nearly three times the bank's 2% target.

Investors expect the European Central Bank to raise its key interest rate by 0.1 percentage point by December, instead of the 0.5 percentage point increase expected a month ago, according to financial market prices.

The Wall Street Journal says that Russia is at the center of the wave of uncertainty afflicting the world, as it ranks 11th in the list of the largest economies in the world, and is a major energy supplier in most parts of Europe, at a time when Western countries recently imposed the most severe economic sanctions. over a major country in recent decades.

Christopher Smart, the former assistant Treasury Department in the United States, said that the uncertainty among global companies is reminiscent of the impact of the collapse of Lehman Brothers in September 2008. He added, "We've never seen anything so comprehensive, powerful and surprising on an economy of this size and important to the global economy." .

Although Europe, with its geographical proximity to conflict and heavy dependence on Russian energy, may face its third recession in two years, the performance of the US economy will improve, despite the impact of higher inflation on consumer spending and growth.

Even before the conflict in Ukraine, the economic recovery in Europe had less momentum than the recovery in the United States, in part due to lower government spending in the eurozone, as both consumer spending and investment are well below the path they were on before the Covid-19 pandemic. , while the United States returned to normal, according to European Central Bank data.

In Russia, economists expect an economic contraction of up to 10%, which the country has not witnessed since the economic reforms that followed the collapse of the Soviet Union in the 1990s.

In China, growth is slowing, and energy costs are rising, as the country is still implementing the zero-Covid-19 policy.

Chinese President Xi Jinping said the country should ensure food security of grain and rely on the domestic market to maintain production.

According to Capital Economics, the invasion of Ukraine could reduce economic growth in the eurozone by up to two percentage points. .

The conflict is also putting new pressures on extended global supply chains, and raising prices for export-focused manufacturers in Europe.

In addition, car makers are suffocating amid shortages of electrical wires and other components.