Inflation will continue to run wild this year. The Government has already assumed and recognized it, and what it is now trying to avoid is that the country falls into the dangerous phenomenon... 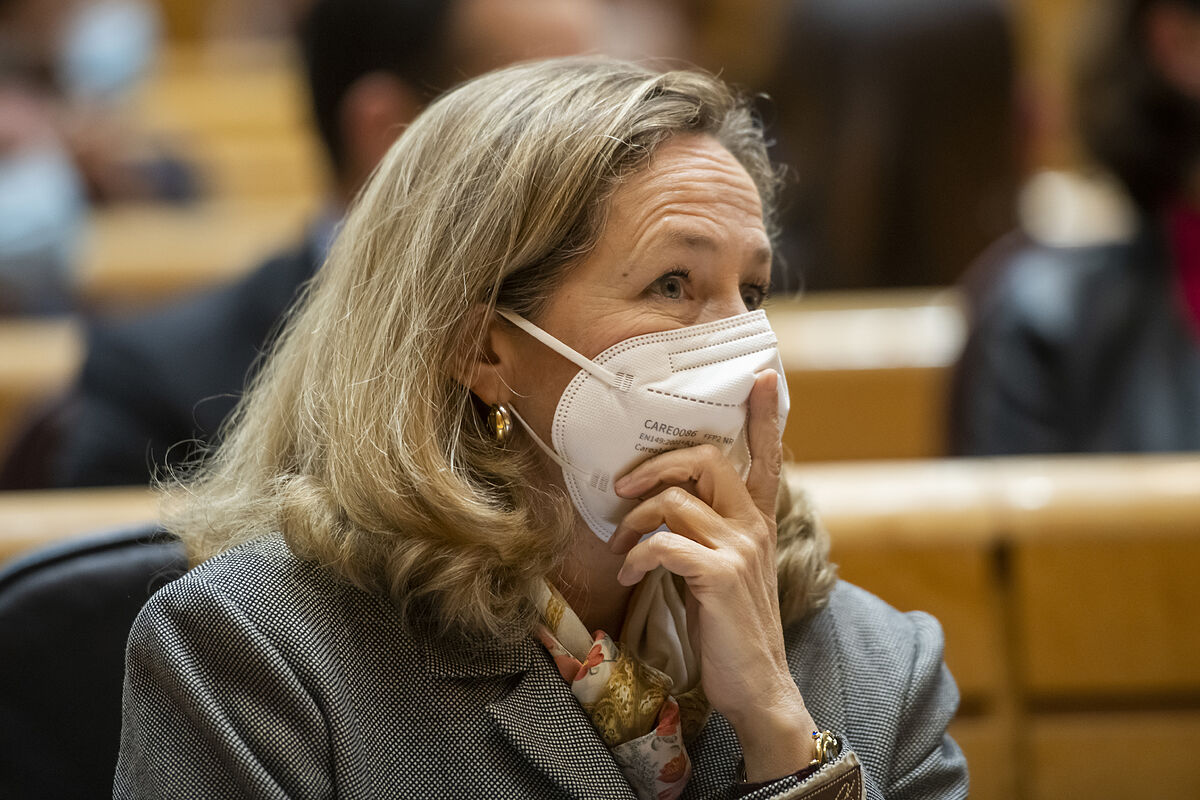 Inflation will continue to run wild this year.

The Government has already assumed and recognized it, and what it is now trying to avoid is that the country falls into the

: a high level of prices with very little, null or even negative growth.

they do not even want to name that word

, and they consider that Spain is in an earlier phase.

Growth, they point out, remains vigorous and they cling to European funds to keep it that way.

", that the deployment of European funds is going to "

Because if that happened, then Spain would indeed be doomed to stagflation.

In addition, they insist that the National Plan that the President of the Government, Pedro Sánchez, presented at the beginning of the month in Congress seeks to “

That the income pact seeks to avoid fueling the inflationary spiral and turning it into a structural phenomenon.

But all this is far from clear.

First, because when the price increase picks up speed it is very difficult to contain.

Inflation is like toothpaste: very easy to take out of the tube, impossible to put it back once it has come out

In addition, the Government expected concrete measures from Europe such as decoupling the price of gas from the electricity bill, something that has not yet occurred.

And it doesn't seem so simple either that the Spanish economy is going to be able to maintain high growth rates.

Although Economy maintains that they have been cautious in their forecasts and that there will be no revision until April, the truth is that the invasion of Ukraine by Russia is going to have a notable impact on the Gross Domestic Product (GDP), and the longer it lasts the conflict worse.

This complex context is reached after inflation closed 2021 with an average increase of 3.1%.

Institutions such as the OECD or the Bank of Spain expected a few months ago that this year it would remain at similar figures or somewhat higher, but Vladimir Putin's inflation has caused an upward revision of expectations.

Funcas' panel of economists believes that inflation could reach 6.5% on average this year.

Raymond Torres, its director of International Situation and Analysis, warned yesterday in an interview on Telemadrid that, after shooting up to 7.4% in February, the IPC could reach 8% in March and stabilize at 9% in the coming months .

In the worst case scenario, if Russia turns off the gas tap or all the countries decide to stop buying it -something that the US and the UK have already announced-,

inflation could reach 10% in Spain

This is a matter of utmost concern

According to some estimates, the price of electricity could reach 800 euros per megawatt hour on average if the Russian supply is totally cut off.

In the short term, we are facing more inflation, which could reach 10% in a scenario of a total cut in imports of Russian gas.

That would be the worst case scenario, it is more likely that we will reach 8% in March and touch 9% in the coming months », he pointed out.

If the CPI reaches double digits, “

psychologically it can create certain expectations

and a spiral between wages and prices.

If we all try to compensate for the loss of purchasing power, a conflict would be created between employers and workers in which we would all lose, "warns the director of Funcas.

The rise in inflation will parallel the fall in growth, something the IMF has already warned about.

“In many countries, the crisis is generating

an adverse shock to inflation and economic activity

, in a context of already high price pressures.

Fiscal policy should support the most vulnerable households to help them offset the rising cost of living," the institution led by Kristalina Georgieva has requested.

Obviously, we could reach stagflation in Spain

Of the large EU countries, Spain is the one that has emerged the weakest from the pandemic.

It is the one that saw its GDP fall the most, and we are not even close to recovering pre-pandemic levels.

Due to our business profile, runaway inflation caused by energy and food, affecting an economy like ours, can, without a doubt, generate a major recession, ”Antonio Castelo, an analyst at iBroker.es, ends for EL MUNDO.

PricesInflation exceeds forecasts and unleashes a battle for wages: "You have to tighten your belt"

Final data from INE Inflation shot up 6.1% in January driven by the rise in gasoline prices