"One increase, one new and one front": China's active finance continues to make efforts to "stabilize growth" 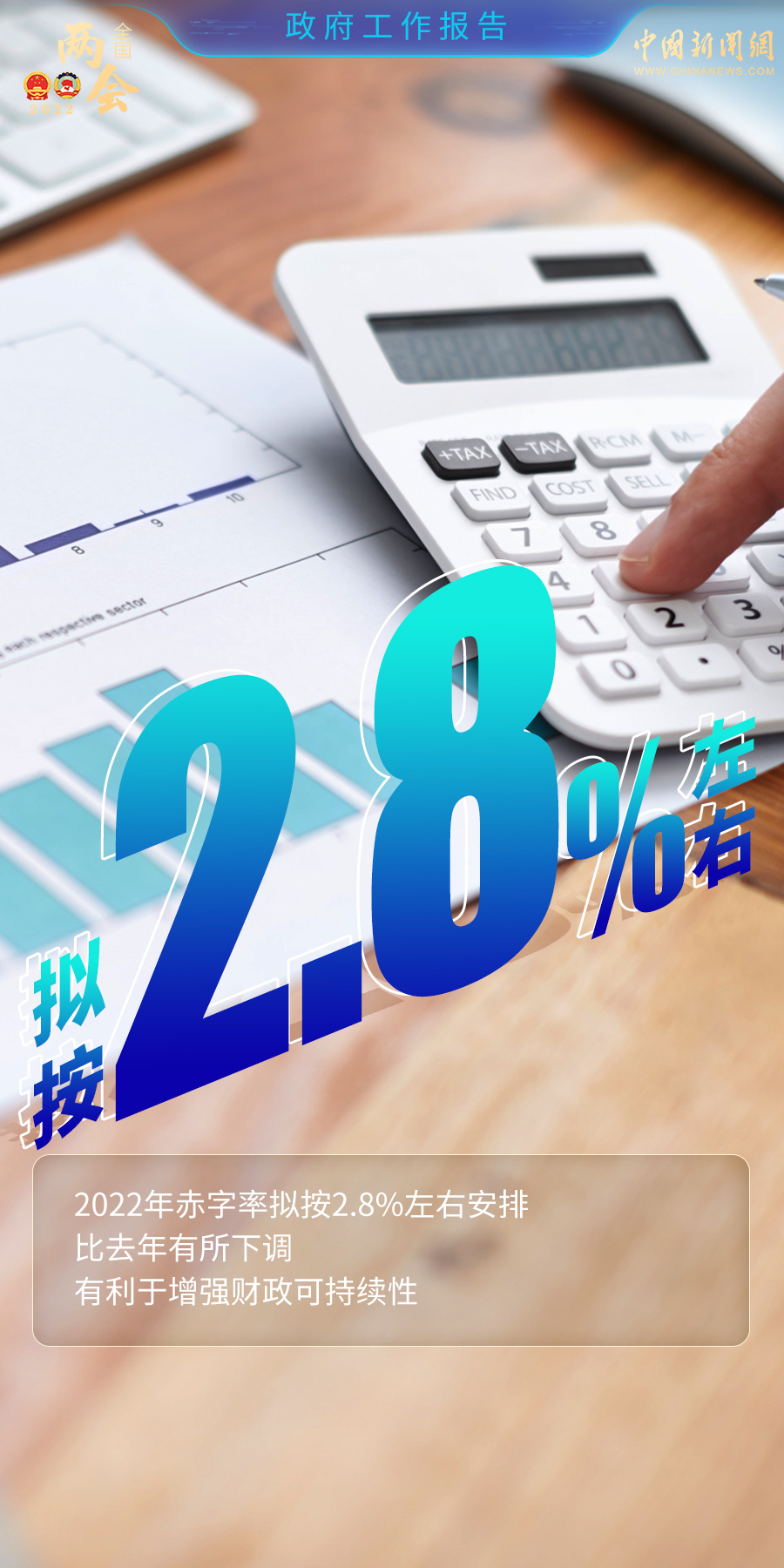 (Observation of the Two Sessions) "One increase, one new and one front": China's active finance continues to exert its efforts to "stabilize growth"

Under the triple pressure, China's economy urgently needs to stop the downward momentum of growth.

In the process of stabilizing growth, how should a proactive fiscal policy work?

Although the deficit rate has been lowered, the scale of expenditure has expanded, and both tax cuts and tax rebates have been implemented simultaneously.

"One increase, one new, one advanced", to support the broader market of economic growth.

"One Increase": Expansion of Expenditure

The government work report proposes that the deficit rate this year will be set at around 2.8%, which is lower than last year, which is conducive to enhancing fiscal sustainability.

Although the deficit rate has been lowered by 0.4 percentage points compared with 2021, by coordinating financial resources, the fiscal expenditure intensity of the national general public budget this year will not only not decrease, but will also be significantly higher than last year.

"The deficit rate has decreased, but the expenditure intensity has not decreased, which can provide sufficient support for stable growth." Bai Jingming, a researcher at the Chinese Academy of Fiscal Sciences, told a reporter from China News Agency that a decrease and an increase reflect that fiscal policy pays more attention to improving efficiency and efficiency. To be sustainable, the problem cannot be solved by expanding the deficit indefinitely. The key is to make good use of the money in hand.

Among them, the scale of transfer payments from the central government to local governments has been greatly expanded, which can solve two core problems, one is the balance of financial resources between different regions, and the other is the gap between regional basic public services.

Steady growth requires more companies to survive and live well, and tax and fee reductions are a direct and effective way to help companies get out of trouble.

In 2021, China's new tax cuts and fee reductions will exceed 1 trillion yuan. In 2022, China will implement a new combined tax and fee support policy, with both tax reduction and tax rebate. About 1.5 trillion yuan, and all the tax rebate funds will go directly to enterprises.

What is the concept of 2.5 trillion yuan?

The scale of the tax rebate is the largest in history.

This move will give the company a helping hand, help the company revitalize, and effectively boost market confidence.

"Tax reduction and fee reduction pay more attention to precision and timeliness." Bai Jingming believes that, on the one hand, there is no "sprinkling pepper noodles", giving priority to small and micro enterprises, focusing on supporting manufacturing, etc., and using limited financial resources in the most urgently needed real economy. field, reflecting the precise force.

On the other hand, the government work report requires that the existing tax credits for small and micro enterprises be refunded in full at one time before the end of June, and it has repeatedly emphasized "direct" and more emphasis on timeliness.

The first half of the year is often the time when companies are short of money the most.

"One in the front": policy efforts should be appropriately advanced

The government work report requires that government investment funds should be used effectively to drive the expansion of effective investment.

This year, 3.65 trillion yuan of local government special bonds are planned to be arranged.

Focusing on major national strategic deployments and the "14th Five-Year Plan", infrastructure investment will be carried out moderately ahead of schedule.

In 2022, the characteristics of fiscal policy taking the lead will become more and more obvious.

Recently, the Ministry of Finance issued a quota for some new special bonds in 2022 in advance, with a quota of 1.46 trillion yuan.

Wen Bin, chief researcher of China Minsheng Bank, told a reporter from China News Agency that the issuance of special bonds was relatively lagging last year and part of the funds were carried over to this year's use. The increase in scale reflects that fiscal policy has stepped up efforts to support stable investment and stable growth.

In order to cooperate with the moderately advanced infrastructure investment and make the policy ahead of schedule, the quota has been issued in advance this year, and the pace of special bond issuance has been significantly faster than last year.