“Hedging” of price increases motivates the purchase of gold

Finally, the gold markets witnessed a number of dealers buying gold, amid expectations that gold would record further rises, in light of the current Russian-Ukrainian crisis. Officials of the gold and jewelry trade outlets told «Emirates Today», that hedging from the heights, sn 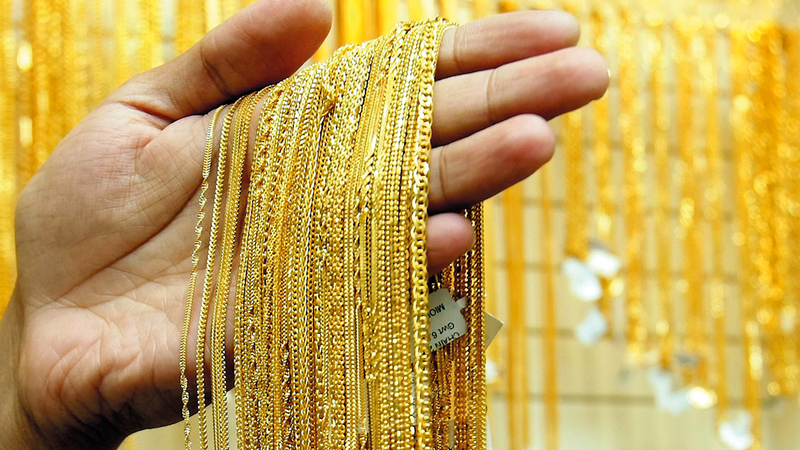 “Hedging” of price increases motivates the purchase of gold

Global demand for gold as a safe haven for investment.

Finally, the gold markets witnessed a number of dealers buying gold jewellery, amid expectations of gold recording further increases, in light of the current Russian-Ukrainian crisis.

Officials of the gold and jewelry trade outlets told "Emirates Today" that hedging against the rises also included buying gold bullion to take advantage of any new price hikes.

Yesterday, gold prices recorded decreases of between 2.25 and 2.5 dirhams per gram of various calibers, compared to their prices at the end of the previous week, according to the price indicators announced in the Dubai and Sharjah markets, while it is the first decline in gold prices after three consecutive weeks of increases.

The director of "Dahkan Jewelery Company", Jay Dehkan, said that the markets witnessed a demand from dealers to buy gold jewelry, due to this and despite the fact that prices continued at high limits, and the recent price decline was limited, to hedge against gold recording new price hikes, according to expectations. markets.

He added: "In light of the high global demand for gold as a safe haven for investment, local markets witnessed some demand for bullion for investment and saving purposes, in light of strong indications of price increases during the coming period under pressure from international political changes."

For his part, the Director of Sales at the «Nakhil Jewelery Store», Samir Ali, said that expectations for the continuation of gold registration during the coming period, further price hikes, supported the tendency of dealers to buy gold jewelry, within the framework of hedging before the new expected increases.

He stressed that the temporary decline in prices after three consecutive weeks of rises stimulated the demand for gold dealers.

He pointed out that the markets also witnessed some bullion and currency purchases, in light of expectations of continued price hikes for gold, and the continuation of the Russian-Ukrainian crisis.

In the same context, the director of "Rikesh Jewelery Company", Rickish Dahnak, considered that the current market conditions represent an opportunity for investment and savings, as well as the purchase of bullion and gold coins, with strong indications that the yellow metal continues to record further increases.

He added that the purchase of handicrafts is still limited to some dealers who are forced to buy on occasions, pointing to the trends of more hikes in the coming periods.