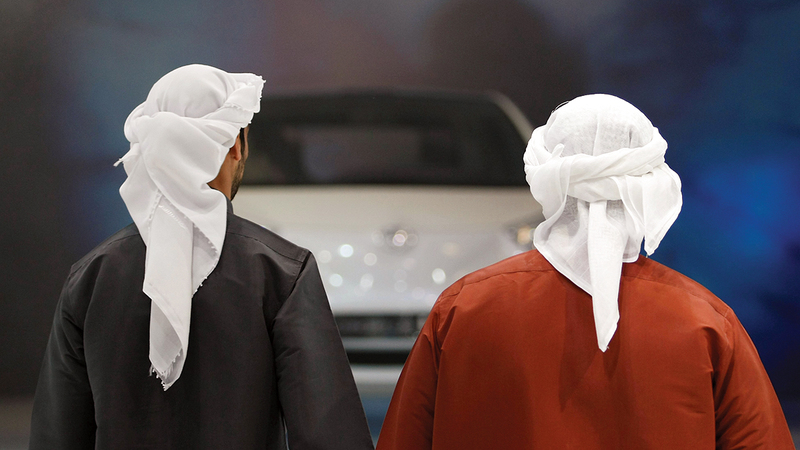 It adds a new option to consumers besides "banks".

The Executive Director of the Commercial Affairs Sector in the "Abu Dhabi Economy", Muhammad Munif Al-Mansoori, told "Emirates Today" that the approval of the development of this activity includes the installments of buying new and used cars in the Emirate of Abu Dhabi, pointing out that it comes within the framework of supporting and facilitating procedures, and supporting investors. And the development of commercial activity in the emirate.

Al-Mansoori added that, under this new activity, which did not exist before, the car is allowed to be sold, mortgaged, and the amount of its value is paid in installments, according to the contract concluded between car showrooms and agencies on the one hand, and car buyers on the other hand, indicating that the creation of the activity aims to enable Showroom owners and agencies are able to provide easy solutions for buying cars, as well as banks, which opens new options for the consumer.

Al-Mansoori explained that the new activity will gradually increase transactions in the automotive sector, activate the buying and selling movement, and increase car sales, by providing other channels for installments of the car value according to the financial ability of buyers, in accordance with the agreement between the two parties, and what is stipulated in the sale and purchase contract concluded between the two sides. , which determines the value of the car, installment methods, and other matters related to the purchase of the car.

The Executive Director of the Commercial Affairs Sector in the "Abu Dhabi Economy" pointed out that the activity did not address the determination of the benefits of car installments, or any special conditions for sale, indicating that the matter is left to the sales contracts, the mechanism and specific payment terms, in accordance with the agreement of the two parties.

He said that the activity was created, based on communication with the owners of car showrooms, and the acceptance of the request submitted by them to create the activity to increase their sales, and to codify the challenges they face, in coordination with the Abu Dhabi Police General Command - Vehicle Licensing Department.

Al Mansouri added that the department is supervising the new activity in terms of its submission, and verifying compliance with its various requirements, noting that any exhibition practicing the activity of mortgage services must be licensed in the Emirate of Abu Dhabi, and have a license to engage in selling activity and provide mortgage services, after submitting an application to The department to add the activity to the license.

He pointed out that it has been circulated to all exhibitions in Abu Dhabi that this activity is currently available to them, and they can practice it.

On the impact of adding activity to banks, Al-Mansoori expressed his confidence that opening the way for exhibitions and agencies for direct sales in installments will encourage banks to compete by offering additional and more advanced financing packages, including various and large facilities, which is in the interest of consumers, and supports the automotive sector. .

He stressed the department's readiness to intervene, to support the investor and the buyer, and to facilitate this service by all means, noting that in the event of a violation or dispute between the two parties, specific measures are taken, such as resorting to the department, if considering the dispute is within its competence, or resorting to channels other formalities, as was the case previously, in the case of bank financing.

He said that the agreement concluded between the two sides constitutes a basis for reference in such cases.