Emirates Global Aluminium, the largest industrial company in the UAE outside the oil and gas sector, announced record results in adjusted earnings before interest, taxes, depreciation and amortization, and in net profit for the year 2021. 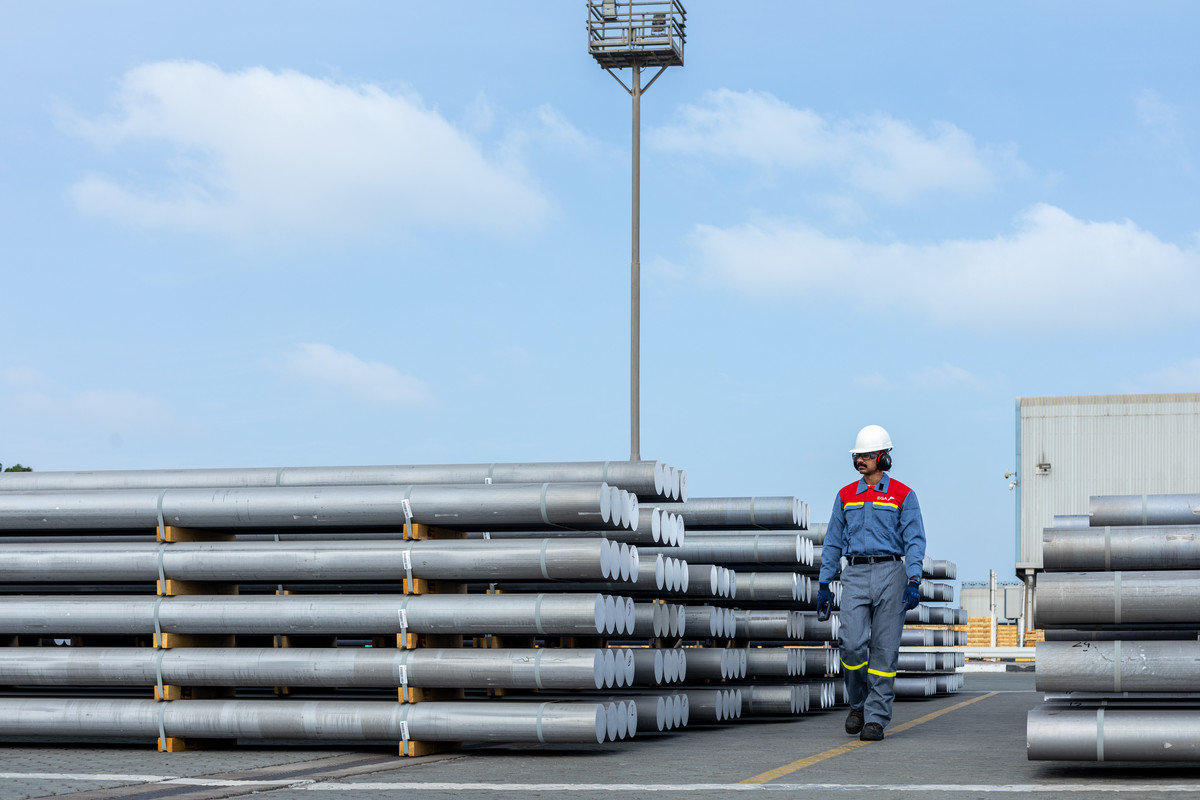 Significantly reduced its debt and improved its capital structure

Emirates Global Aluminium, the largest industrial company in the UAE outside the oil and gas sector, announced record results in adjusted earnings before interest, tax, depreciation and amortization (EBITDA) and net profit for 2021.

The company pointed out that these historical results of the company came as a result of the strong global demand for aluminum in light of the recovery of global economies from the repercussions of the “Covid-19” pandemic, as well as the strong operational performance in all aspects of its operational operations, and the focus on improving efficiency in all departments, in addition to Increasing the production and sales of all goods, within the value chain in 2021, compared to what the company achieved in 2020.

In 2021, the company confirmed its preservation of its position as the largest producer of “high-quality aluminum” in terms of volume, and was able to significantly reduce its debts and improve the capital structure, to allow the distribution of profits to shareholders, and to provide financial flexibility for future business growth.

The company noted its success in reducing the size of the main institutional loan by 2.7 billion dirhams, bringing the total remaining amount to 20.3 billion dirhams, and implementing an early and full repayment of the debt of the Taweelah smelter project, which amounted to 1.6 billion dirhams, and repaying the scheduled payments for the “Guinea Company” loan. Alumina Corporation.

Thus, Emirates Global Aluminium repaid debts of 4.4 billion dirhams in 2021. The company's net debt ratio was 2.4 times to adjusted earnings before interest, tax, depreciation and amortization at the end of the year.

Abdulnasser bin Kalban, CEO of EGA, said: “These record results show that we are close to completing our preparations for the next phase of the company’s development process, starting with bauxite mining operations and ending with primary aluminum production, within an improved company capital structure targeting Implementing a better dividend policy for shareholders, future business growth, and a pioneering path in carbon neutrality.”

He continued, "In the short term, strong demand continued in the first quarter of 2022, and although we face some challenges at the level of logistics services like other suppliers around the world, we have adopted new methods to overcome them, such as the use of fragmented shipments."

Bin Kalban pointed out that the company continues to focus on developing the value of existing assets by improving operations, working more efficiently, and developing fourth industrial revolution technologies, while also focusing on opening new horizons for the growth of our business in the future.

According to the company, the company's sales to local dealers in the UAE amounted to 281,000 tons, compared to 252,000 tons in 2020, which reflects the company's growing contribution to the UAE economy in line with its goals of doubling its economic impact by 2040.