The draft bill for the creation of employment pension funds, the plan with which Minister José Luis Escrivá wants to generalize savings in large pension funds... 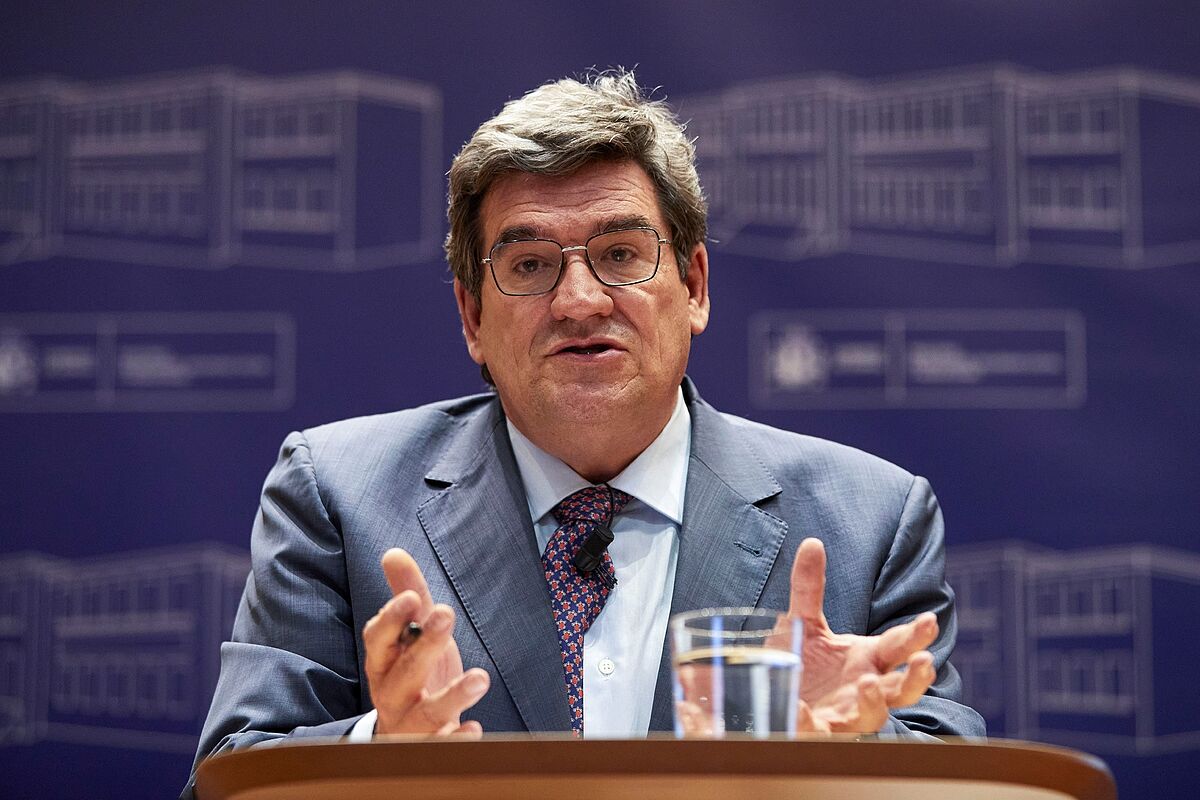 The preliminary bill for the creation of employment pension funds, the plan with which Minister José Luis Escrivá wants to generalize savings in large public pension funds that complement the pensions of retirees, will start today

without the support of the agents social,

which are precisely the ones who should promote it through collective bargaining.

This is a bad start for a project that, according to Social Security, must be extended between companies, employees and the self-employed so that the contributions allow it to reach a heritage of around 120,000 million euros in 2032, when it turns a decade.

Entrepreneurs have demanded incentives from Escrivá

in the form of tax cuts

for companies that promote these plans.

Other arguments go through the limits to the commissions attributable to the managing entities and depositaries.

, has been critical of the design of the draft, although with a very low profile.

as part of the reform to guarantee the sustainability of the pension system.

But the progression of the consensus in this reform is negative, at least in what refers to the support of employers and unions.

After setting the method for calculating the revaluation of pensions

and the incentives to delay the retirement age with the support of social agents, Escrivá set out in July to negotiate another tripartite agreement for the so-called intergenerational equity factor.

This system tops up 0.6% of the contributions to finance the filling of 21,000 million of the reserve fund in the next decade, since now it hardly has capital.

The way in which the negotiation was conducted led

to get out of the agreement in November and Congress also censured the minister to present his proposal at the deadline limit to steal the possibility of debating a structural reform.

The minister pointed to negotiations with employers and unions and promised to spend less time on future reforms to social dialogue and more to Congress.

That is probably the reason why he has held talks with employers and unions in recent months but without attaching too much importance to the approval he receives.

The minister explained last Friday that the draft has "observations that have greatly improved the norm", to admit that neither employers nor unions support it.

Escrivá, who on this occasion seems to value more the obligatory support of Congress, assured that he was not worried.

question does not concern the Social Security, since

Interestingly, despite the fact that the Government presents its draft structural reform without the consent of the social agents, Escrivá affirms that there is "quite an agreement" on the text.

With the approval of the preliminary draft, the aim is to extend a savings modality that complements the main one as a second pillar, the one guaranteed by Social Security and which is now subject to reforms that ensure its sustainability.

Escrivá has always used as an example the complementary coverage enjoyed by employees in the Basque Country,

Even generalizing the implementation of employment plans, a similar figure would not be reached in less than a decade.

"The figures can be misleading, the business fabric in the Basque Country is different from that of other areas of Spain", they explain at CEOE.

Entrepreneurs have found it contradictory that the Government has chosen to execute the mandate of the Toledo Pact by promoting publicly promoted employment pension funds and at the same time discouraging investment in individual funds.

The maximum contributions that can qualify for tax benefits in these individual plans have been reduced to 1,500 euros, while in the new ones promoted by the Government they rise to 8,500.

Interview The president of Cepyme: "This labor reform is a shame, it is not what Spain needs. I will not go to Moncloa to sign it"

InterviewEduardo Abad (UPTA): "Calviño with the aid has been nonsense and I hope it will not be repeated with European funds"