Director of the Energy Development Fund Sergei Pikin, in an interview with RT, commented on the suspension of Germany's certification of Nord Stream 2. 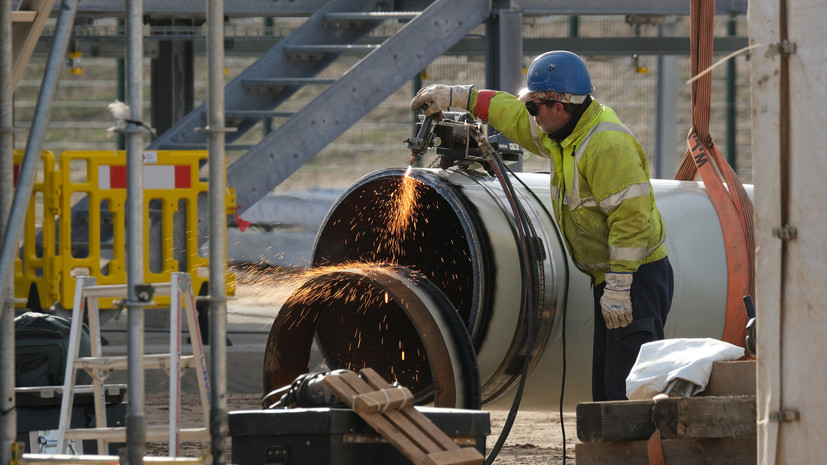 In his opinion, such a decision was made "out of hopelessness."

“They did not have time to come up with something new, reasonable, understandable, so they took a step that was on the surface,” Pikin said.

At the same time, he added that Nord Stream 2 has not yet fallen under any sanctions.

“The suspension (of certification. -

) is due to the fact that the German Ministry of Economy withdrew the report from the Federal Network Agency, which is the regulator.

After that, the certification procedure was suspended,” the expert said.

Pikin explained that Nord Stream 2 for Europeans is additional volumes of gas, and a decrease in tension in the gas market, as well as a rebound in gas prices, was associated with its commissioning.

“The tension of this year will be more understandable when the storage facilities are filled for the next heating season, in the summer,” the analyst emphasized.

The specialist admitted that after a set of “medium grinding” sanctions against Russia is formed, the situation with SP-2 “can be released.”

“The Germans themselves admitted that this is a purely economic project, and it’s somehow stupid now to subject it to persecution,” the RT interlocutor concluded.

Earlier, after the FRG stopped certification of the Nord Stream 2 gas pipeline, Deputy Chairman of the Russian Security Council Dmitry Medvedev said that Europeans would soon pay €2,000 per thousand cubic meters of gas.