"Number of successful applicants, civil servants ranked first"... It was a deceptive advertisement for Eduwill.

The Fair Trade Commission imposed a fine on an education company called Eduwall, which advertises as 'No. 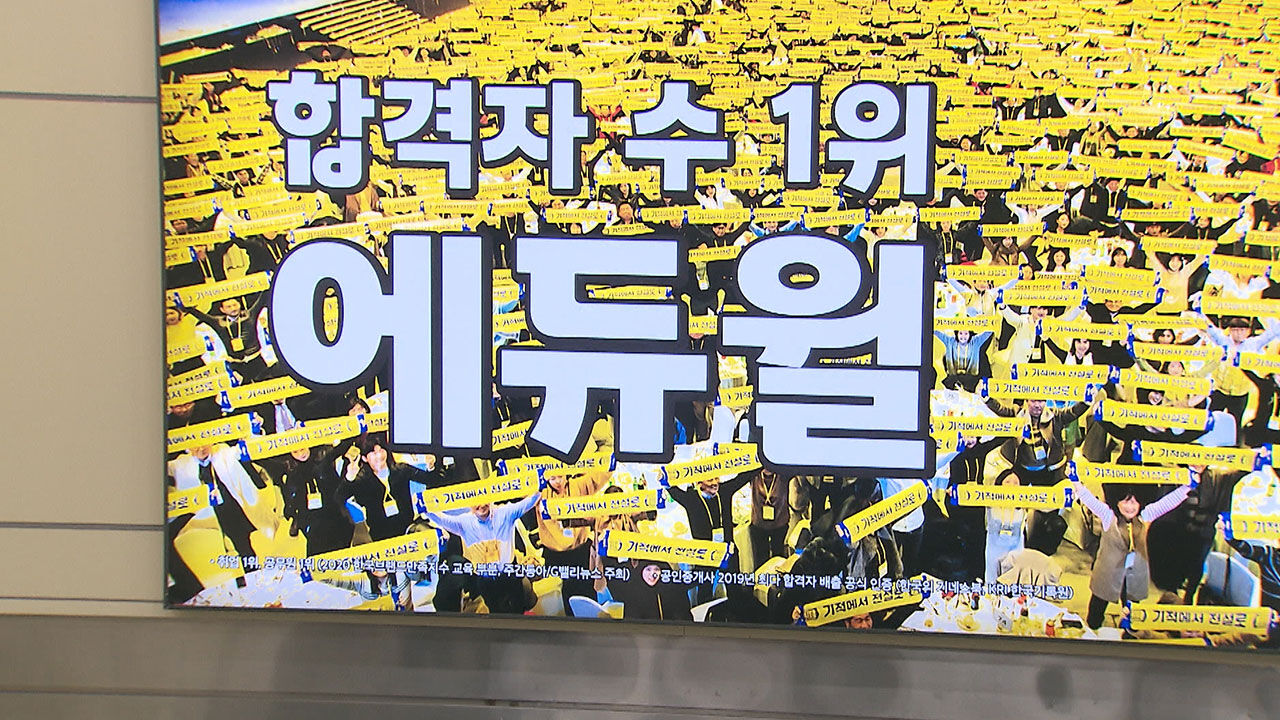 The Fair Trade Commission imposed a fine on an education company called Eduwall, which advertises as 'No.

It ranked first in the field of real estate agents only in a specific year, but it is judged that they deceived consumers by advertising 'No.

is a subway station in Seoul.

On one wall, there is an advertisement for Eduwill that reads 'No. 1 in the number of successful applicants'.

By the way, in the real estate agent exam, the fact that it was only in the 2019 exam is written very small in the corner.

[Lee Se-in / Dongjak-gu, Seoul: It's a little exaggerated to say that I made it too big for 1st place and only did it for one year...

In other years, (the 1st place) was not Eduwill.]

The Fair Trade Commission said that while Eduwill advertised on buses and subways in this way, the fact that only some years of the certified real estate exam were applicable was only 0.1% of the total advertising area. I analyzed that it was written down.

The advertisement titled 'No. 1 civil servant' was also the result of a 2015 public opinion survey company's awareness survey of educational institutions.

The Fair Trade Commission said that the Eduwill advertisement violates the Labeling and Advertising Act that deceives consumers and imposed a correction order and a fine of 268 million won.

Eduwill said that there is no standard in the law on how large an advertisement should be, and that it will respond through litigation in the future.