The European Commission is going to improve this Tuesday the growth forecast for the Spanish economy by one tenth. In November, in the winter estimates, the services... 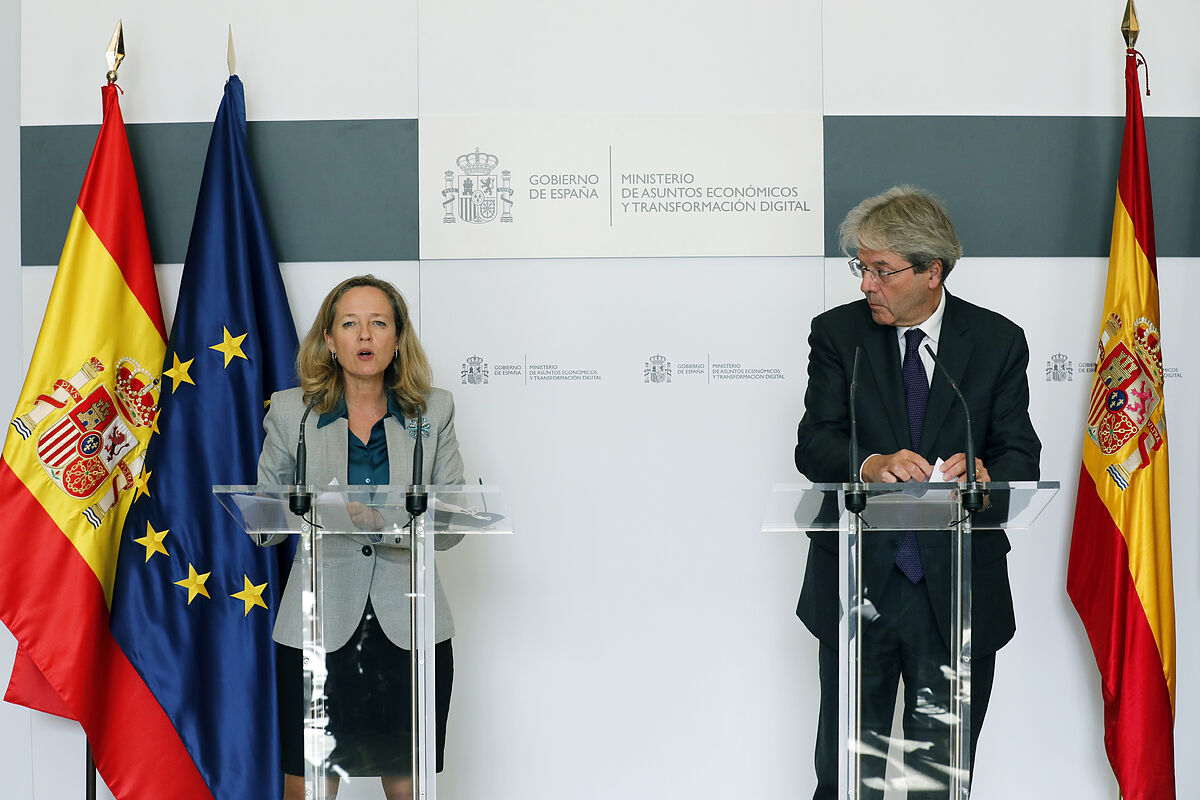 The European Commission is going to improve this Tuesday the growth forecast for the Spanish economy by one tenth.

In November, in the winter estimates, the technical services of Brussels expected that Spain would close 2021 with a 4.6% increase in GDP, that it would improve an additional 5.5% in 2022 and maintain a good pace in 2023, around 4.4%.

Now, in its new forecasts, to which EL MUNDO has had access, the Commission increases the closing estimate of last year by just over 5% and

improves its calculations for 2022 by another tenth

The figure is below the Moncloa estimates, but for this course it would represent

the highest growth in the entire Union after Malta

And be among the top three next, with a much higher rate (even double) compared to that of the great powers, since the recovery, in comparison, is being slower.

With the latest data available, both on tax collection and job creation, and with community funds beginning to water our economy, the Commission is confident that our country can speed up a little more and above the average for the Eurozone, which stands at 4.3%.

The last quarters (despite the oscillations in the INE calculations) are consistently positive, but Spain

is the economy that is recovering the slowest on the continent

And of the hopes of Moncloa and Economy, which have maintained a much higher threshold during the last semester than that of all national and international organizations: 6.5% for 2021 and 7% for 2022. The Bank of Spain stands at 5.4%, almost the same as Commission.

"Private consumption and investment are expected to be the main drivers of growth over the forecast horizon. The savings accumulated during the pandemic and pension increases will support consumption, while the implementation of the Recovery and Resilience Program Plan will will do with investment The

should allow a contribution of net exports to GDP growth Overall, real GDP is expected to increase by 5.6% in 2022 and 4.4% in 2023. With this we hope that the gap with respect to the pre-pandemic level will close in the last quarter of 2022," the report says.

In November, the technical services of

had to give an important rejón, with a cut of more than a point and a half, but now they see more stability, despite deep problems such as the price of energy.

The document that will be published this Tuesday at noon anticipates a little more inflation still, after reaching figures not seen in many decades in recent quarters.

In its document, the Commission

raises the inflation forecast for the euro zone to 3.5%

, well above the historical objective of the ECB of keeping it close to but below 2%.

For Spain, the data stands at 3.6% this year, but it would drop drastically to 1.1%, the lowest figure on the continent after the Latvian.

This course is going to be very hectic.

Prices are higher than expected and the president of the ECB,

, did not close the door just a few days ago to the possibility of a rise in interest rates this year, something that she categorically ruled out until Christmas.

Her decisions on bond purchases are also critical, since the ECB has been the main buyer of Spanish debt in the secondary market these years.

Any variation can have effects.

Risk premiums are under control, and the Treasury is moving very well in its outflows, but a changing scenario may have unpredictable results.

Brussels trusts, in any case, that 2023 will return to much more controlled levels, around 1.7%.

This 2022, moreover, is in theory the last year with the Stability Pact frozen and there is a very intense open debate on when to return to 'normal', but above all how to change the current fiscal rules.

, perhaps with indicators and specific paths for each country, depending on its circumstances.

There is some consensus, but not unanimity, that criteria such as the current ones, with a debt limit of 60%, make little sense when almost all countries are above 100% of GDP.

Spain, specifically, around 120% after all the measures to alleviate the effects of the pandemic and the confinements.

In Brussels there is no specific concern about Spanish growth, although

they do not quite understand why the numbers are not better

, after the disaster of 2020. Employment, in particular, should drag better figures, but it is not.

Spain entrusts a very important part of the recovery and stabilization to community funds, hence the urgency to request it, to approve measures (such as the labor reform) and to meet milestones.

The next disbursement (officially the second, since although two items have already arrived, the first is known as pre-financing and was almost discounted) is expected to be somewhat more complicated, since it involves reforms and milestones that are not yet closed.

The labor reform was one, perhaps the most significant.

And although it is approved, Gentiloni's team

still has an eye on possible legal resolutions

if the PP insists on challenging the vote in Congress.

The international situation, however, is a cause for concern.

Prices, energy, production chains or the situation in Ukraine, with the risk of a military conflict that would imply additional sanctions, tensions and interruptions in much of the planet.

All factors that would hit Europe and that would bring additional doubts for countries that depend so much on tourism like ours.

If forecasting is a delicate exercise under normal conditions, it has become almost impossible with the pandemic.

At the beginning of July, the Commission increased this year's estimate for our country by three tenths (from 5.9 to 6.2%), but lowered that for 2022 by half a point (from 6.8% to 6.3). And this after having increased by one and a half points at once in May.

In November there was an ax of 1.6 points.

And now an improvement of one tenth for 2022. Elements to take the result of the models with tweezers, especially when the INE is having to make corrections of an unprecedented magnitude in its recent history.

According to several economists, the delay in execution slows down the momentum of European funds: they will contribute only 1 point to GDP in 2022

Public debtThe Treasury will issue 75,000 million net debt in what could be the last year of negative rates before the ECB makes a move