“In any convenient place”: 30 years ago, Boris Yeltsin signed a decree “On freedom of trade” in Russia

On January 29, 1992, Russian President Boris Yeltsin signed a decree on freedom of trade. The document allowed any Russian citizen and enterprise to engage in the sale of almost all goods in "any convenient place." In addition, citizens were exempted from duties on the import of foreign products. This decision of the authorities was prompted by the rapid acceleration of inflation and the fall in people's incomes. As a result, grassroots markets began to spring up across the country, and for many, the innovation paved the way for entrepreneurship. 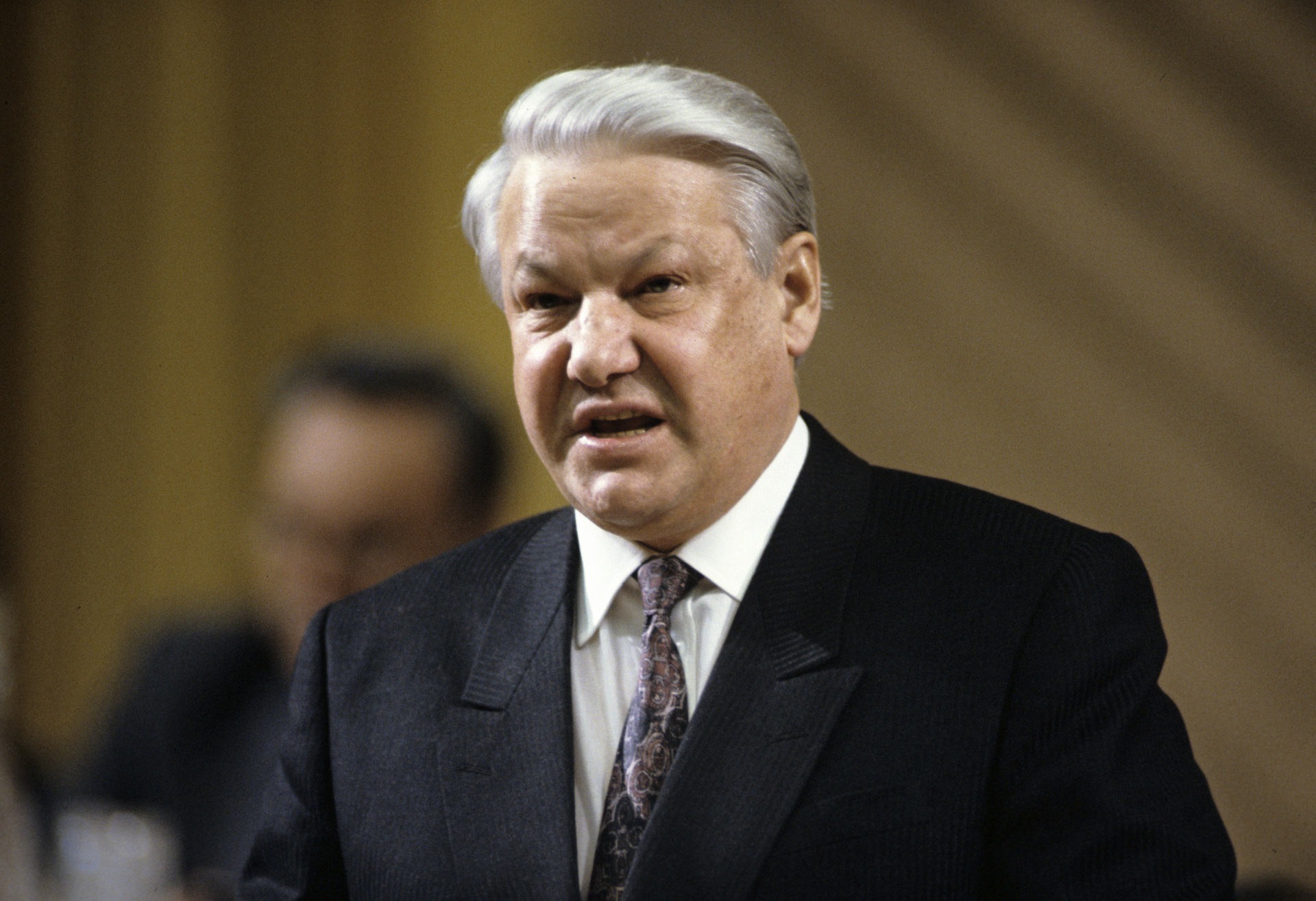 In the first month after the collapse of the USSR, the Russian economy made initial attempts to move from a planned system to a market mechanism.

The liberalization of prices that took place in the country was supposed to overcome the commodity deficit, but led to a sharp rise in the cost of products.

Galloping inflation and a rapid decline in citizens' incomes required new solutions from the authorities.

The document marked the final refusal of the state from the monopoly on trade.

Now one of the priorities of the country's leadership has become the promotion of competition.

To do this, it was decided to free trading activities from almost all restrictions and barriers.

“Give enterprises, regardless of their form of ownership, as well as citizens the right to carry out trading, intermediary and procurement activities (including for cash) without special permits,” the decree said.

The exception was the trade in weapons, ammunition, explosives, poisonous and radioactive substances, as well as drugs, medicines and other goods, the sale of which is prohibited or restricted by law.

Trade was allowed "in any convenient places", except for roadways, metro stations and areas around administrative buildings.

Local authorities were required to facilitate the sale and free movement of goods.

The Russians, in turn, were exempted from paying customs duties when importing products from abroad.

The introduction of the Decree "On Free Trade" was preceded by an acute crisis in the consumer market.

A sharp decline in production in industry and agriculture led to a total shortage of goods and food in the country.

“Enterprises have reduced output both for financial reasons and due to very high uncertainty.

While the state regulated prices, it was completely unprofitable to produce goods, since this did not cover the costs in any way, ”Georgy Ostapkovich, director of the Center for Market Research at the Institute for Statistical Research and Economics of Knowledge, HSE, told RT.

Boris Yeltsin announced the need to unfreeze prices back in October 1991.

They wanted to carry out liberalization in stages and complete it by mid-1992.

By this time, the country's leadership planned to establish control over the money supply in order to contain inflation after prices were released.

In the end, the authorities decided to liberalize ahead of schedule, because they seriously feared the threat of famine.

Yegor Gaidar, Deputy Chairman of the Cabinet of Ministers for Economic Policy, became the ideological inspirer of market reforms.

Later, in his book Troubles and Institutions, he recalled: “A few days after starting work in the government, having familiarized myself with the picture of the food supply of large Russian cities, I was forced to admit that postponing liberalization until July 1992 was impossible.”

On January 2, 1992, prices for 90% of retail and 80% of wholesale products were released from state regulation.

Only a number of socially significant consumer goods and services remained under control.

As part of the fight against the deficit, the measure taken was largely successful.

“Already on January 2, the main food products for all positions appeared in stores.

Of course, it was not as abundant as it is now.

However, compared to what happened a few days before the liberalization decree came into force, when there were practically no goods in stores, there was a huge step forward,” the expert noted.

However, food shortages in shops still persisted in a number of regions.

This is evidenced by the data of a study by the State Statistics Committee conducted in mid-January.

“Vegetable oil was not on sale on the day of the survey in 72% of them (the capitals of the subjects. -

whole-milk products were sold in the presence of queues - in 62%, bread was sold intermittently - in 47%.

The supply of potatoes and vegetables to the population was more stable: in 64-65% of the cities they were available for free sale, ”the State Statistics Committee reported.

As follows from the materials of Rosstat, only in January, goods and services on average in the country rose by 3.5 times.

At the same time, for the whole of 1992, prices increased by more than 26 times.

“Initially, President Yeltsin said that prices could only rise 3-5 times, but in the end we were faced with hyperinflation.

A colossal blow was dealt to the standard of living of the population, and it was necessary to help people cope with poverty by any means.

The decree “On freedom of trade” signed on January 29 became one of these ways,” said Sergei Bespalov.

According to experts, the abolition of the state monopoly on trade has helped millions of Russians survive.

Citizens who lost their jobs could sell part of their property and provide themselves with the necessary income for life.

An important role in this was played by the exemption of citizens from paying customs duties when importing foreign products, experts say.

Over time, this led to the formation of a sector of the so-called shuttle trade.

“Jobs were in short supply.

People were forced to feed themselves and their families through trade.

At the same time, a number of citizens went abroad, for example, to Turkey and Poland, from where they returned with huge bags and sold foreign goods in local markets.

For many, by the way, this was the beginning of a career and opened the way to entrepreneurship,” Georgy Ostapkovich said.

Over time, the shuttle trade acquired an organized character.

According to Ostapkovich, people began to go abroad in whole groups, where foreigners were already waiting for them.

Upon returning to Russia, the shuttle traders sold goods cheaper than in stores.

This, in turn, additionally helped the population, the expert believes.

“If the food shortage ended quickly enough, then the shortage of clothes and shoes persisted until we reached high-quality imports.

Under these conditions, the shuttles ensured the saturation of the market,” the economist added.

However, the radical liberation of trade from barriers and restrictions entailed a number of negative consequences, Sergei Bespalov recalls.

According to him, in the first weeks of the decree, Russian cities began to fill with spontaneous markets.

“People took to the streets of cities, especially central ones, put boxes, boxes, laid out goods on them or just on the pavement and traded.

It was completely incompatible with the look of the modern city.

But most importantly, there was no proper sanitary control, which was associated with a large number of sales of low-quality goods and poisoning, ”said Bespalov.

Against this background, the first amendments to the decree appeared already in June 1992.

As a result, it became impossible to sell goods anywhere, and local authorities began to determine the places and premises for trade.

However, the damage to legal retail has become a more serious problem, Sergei Bespalov believes.

According to him, shuttle traders did not pay taxes and duties on the import of goods, so they easily won competition from stores.

As a result, outlets also had to use gray schemes or close, the expert noted.

“For the industry, the effect has become simply catastrophic.

In the USSR, the domestic market was rather closed, and enterprises were in almost greenhouse conditions.

Now they had to compete with foreigners.

State support has ceased, and customs duties on the import of foreign goods have been removed.

The situation led to the ruin of thousands of plants and factories that produced consumer goods.

This radically aggravated the economic crisis and the rate of decline in production,” Bespalov explained.

At the same time, the authorities also abolished the duty-free import of goods.

“As the state emerged from the acute crisis of the early 1990s, the authorities began to think about replenishing the revenue side of the budget, collecting taxes and the state of the domestic industry.

In this matter, shuttles became a very serious problem, so the state regulation of trade began to intensify, ”said Sergey Bespalov.

After the 1998 crisis, the Russian economy began a steady recovery.

All institutions started working, and the banking and financial systems began to lend to enterprises and issue consumer loans,” said Georgy Ostapkovich.

According to the expert, under these conditions, the population increasingly preferred modern retail, and markets and shuttles began to lose competition.

By 2009, they already accounted for 15% of the country's retail trade turnover, and at the moment the value exceeds 39%.

“A high degree of presence of chain stores in the market is a global practice.

In all economically developed countries, networks have a large share of trade turnover, and more significant than we are currently seeing in Russia.

In addition, this is a convenience for customers - there is no need to run around ten stores in search of the right product, ”said Ostapkovich.

It is curious that the decree "On freedom of trade" ceased to be valid only in 2010.

At that time, a new law “On the Fundamentals of State Regulation of Trade Activities in the Russian Federation” was adopted.

“In modern conditions, the continuation of the 1992 decree would be completely inappropriate.

Its very appearance was possible only in the conditions of the most acute crisis of the economy and statehood itself.

When all the instruments of civilized influence on the economy and trade were lost, the government, in desperation, threw a lifeline for the active part of the population.

After overcoming the crisis, the need for this tool has disappeared,” Sergey Bespalov concluded.