It's friendly economy time. Today, I will be with reporter Han Ji-yeon. Strawberry prices have risen a lot these days? Yes, "The price of a strawberry is the price of gold. It is a 'gold strawberry'." These words are coming out, but last year, strawberry prices skyrocketed as the harvest fell sharply due to the late rainy season, high temperature, and a sudden cold wave. 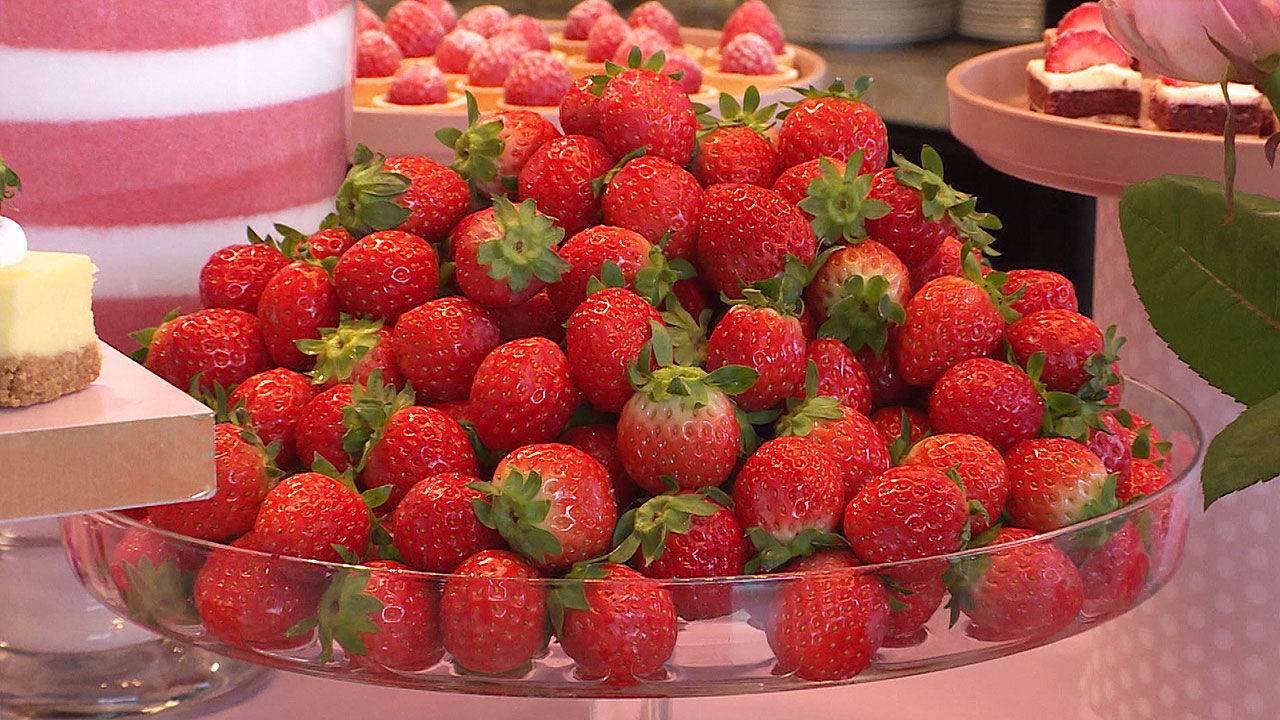 Today (27th), I will be with reporter Han Ji-yeon.

Strawberry prices have risen a lot these days?

Yes, "The price of a strawberry is gold. It is a 'gold strawberry'."

These words are coming out, but last year, strawberry prices skyrocketed as the harvest fell sharply due to the late rainy season, high temperature, and a sudden cold wave.

I went to an app that mainly sells groceries and looked at the prices of strawberries, and although each has a different discount rate, a pack of 500g strawberries is sold for as little as 12,000 won to as high as 20,000 won.

If you look at strawberry prices in the agricultural product distribution information, you can see that the graph steepens like that around November.

Seeing that strawberry prices have risen so much, I don't think it will be easy to eat strawberries.

But as the price of strawberries went up like this, related products and desserts also went up?

In particular, the prices of strawberry cake and strawberry shaved ice sold at hotels are just going up, but it is said that the cost burden was high as strawberry prices went up.

This cake sold at the hotel you can see on this screen right now is about 20 pieces.

The price of strawberry shaved ice, which is sold regardless of season, has risen by 5 to 15% from last year, reaching the 50,000 won level.

The hotel also runs a strawberry buffet around this time of the year.

The price of this has jumped over 10,000 won, but it is said that people are flocking to it.

It is said that reservations are almost closed by the beginning of next month, but the cost of strawberries is expensive, so it is a calculation to pay a little more and enjoy it to the fullest.

For one hotel, sales in January this year more than tripled compared to the same period last year.

Aside from the rise in strawberry prices, the price of eating out is also rising.

First of all, it's the price of coffee. Last time I told you that Starbucks coffee prices went up, but since then, competitors have also raised prices one after another.

There are two places I am posting from today.

Hollis also raises up to 400 won for coffee and juice.

The rest of the franchise cafes will also raise their prices soon.

Also, in the case of hamburgers, domino hikes have been in progress since the end of last year, and the beginning was Lotteria.

Other brands in the hamburger industry are also preparing to raise prices because ingredient prices have risen.

Even after the Lunar New Year, there are items waiting to be raised one after another.

It is a type of sauce that goes into every side dish at the table.

CJ Gochujang, Ssamjang, and Doenjang prices will increase on average by 9% from the 3rd of next month.

If you listen to this broadcast today all the time, you will say, "It has become expensive.

I can only think of this.

By the way, especially before the Lunar New Year holiday, although these are not related to the price of the New Year's shopping cart, I'm a little worried as the overall price rises.

At most, it was more than doubled.

We surveyed 47 hypermarkets in 11 regions, and the items with the largest difference between the lowest and highest prices were dates and rice.

The cheapest place for jujube is 19,000 won and the most expensive place is 39,800 won, so the highest and lowest prices are more than doubled.

Homeplus has rice, GS Retail has eggs, and radishes are cheaper than other places.

However, this is not always the case.

Mart buys in bulk from time to time and sells items at a lower price. For example, if you need to push eggs as an event product this time, you can reduce logistics and labor costs by purchasing in bulk and offer them to consumers at a lower price.

Also, in the case of this survey, the country of origin, size, and product quality are not considered, so you can compare them by mart and consume wisely.