From roadside stalls to selling 50 billion a year, how did snail noodles do it?

Zhongxin Finance, January 25 (Reporter Song Yusheng) The sales revenue of the entire Liuzhou snail powder industry chain in 2021 will reach 50.16 billion yuan, of which the sales revenue of Liuzhou snail powder in bags will exceed 15.1 billion yuan.   Recently, the data released by the Liuzhou Municipal Bureau of Commerce in Guangxi "shocked" many netizens. How does this stinky local snack make 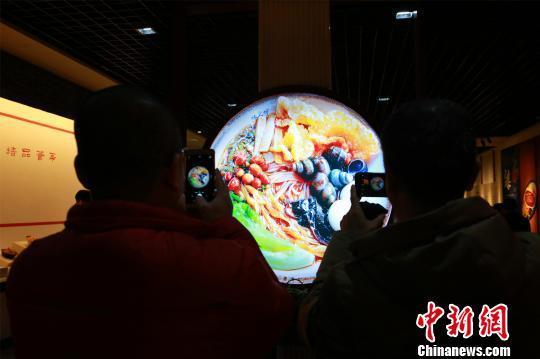 Recently, the data released by the Liuzhou Municipal Bureau of Commerce in Guangxi "shocked" many netizens.

How does this stinky local snack make so many gluttons unable to stop?

"Intangible Cultural Heritage" with only a few decades of history

Let's start with the eating habits of Liuzhou people.

In Liuzhou people's recipes, snails and rice noodles are the favorites of local people.

The combination of rice noodles and snails to make snails is a great creation of Liuzhou folk.

In the 1970s and 1980s, the night market in Liuzhou gradually prospered. Many diners asked to add fresh and spicy snail soup to their rice noodles intentionally or unintentionally when eating rice noodles.

However, this local snack with only a few decades of history contains strong Liuzhou elements.

For example, eating snails has been a hobby of Liuzhou people since ancient times, and the processing method of sour bamboo shoots in snail powder is an "ancestral trick" that appeared in "A Bite of China".

Because of these elements, Liuzhou snail powder production skills are also included in the fifth batch of national intangible cultural heritage lists announced in 2021.

From a roadside stall to a "net celebrity"

Originally, this kind of snack with unique taste only appeared in the street stalls around Liuzhou.

And the "soul" of this taste is sour bamboo shoots.

The hit of "A Bite of China" in 2012 made many Chinese people know about sour bamboo shoots, a traditionally pickled food.

It seems that overnight, snail noodles "walked out" of Guangxi and entered the vision of consumers across the country, and snail noodles shops on the street have also opened all over the country.

Screenshot of "A Bite of China".

During the epidemic in 2020, snail noodles have become a delicacy that many netizens are eager to order in front of the live broadcast room.

Many netizens are still urging shipments on social media, and related topics have also been on the hot search for a time.

Why can snail noodles go from a roadside stall to selling 50 billion yuan a year?

Today it seems that this is closely related to Liuzhou's "industrial thinking".

As a city with long-term advantages in automobile, steel and machinery manufacturing, "industrial thinking" provides Liuzhou with new ideas.

More than a decade ago, Liuzhou City encouraged businesses to open stores in big cities such as Beijing and Shanghai.

Although the cooked-to-sell mode allows diners to taste authentic Liuzhou snail noodles, many ingredients can only be transported by air, which greatly increases operating costs.

This dilemma has since been solved by the emergence and mass production of bagged snail powder.

In 2014, the first bagged snail powder enterprise was born.

Since then, Liuzhou has successively issued a series of production standards and development plans for snail powder.

When snail noodles can be "packaged", old gluttons can eat delicious street food even at home.

In fact, the bagged snail noodles at that time already had the shadow of the recent hot pre-made dishes.

After the annual sales revenue exceeds 50 billion, where is the future of snail powder?

According to local media reports, the relevant person in charge of the Liuzhou Municipal Bureau of Commerce said that this year, it will promote the clustered and large-scale development of Liuzhou snail powder enterprises, the continuous growth of industrial scale, the cultivation of leading enterprises, the significant enhancement of technological innovation capabilities, the continuous improvement of brand awareness, and the food safety. The security system will be further improved, and the characteristic industry of Liuzhou snail powder will be solidified, and efforts will be made to promote the supplementary chain, extension chain and strong chain, so that the whole industry chain can develop healthily and with high quality, and achieve the goal of increasing the industrial output value of snail powder by more than 20%.