The retiree who has mobilized 350,000 older people: "I have come to feel humiliated when asking for help at a bank"

Carlos San Juan De Laorden received a call a few days ago that he did not even imagine. The area director of his bank called him to a face-to-face meeting at his branch next... 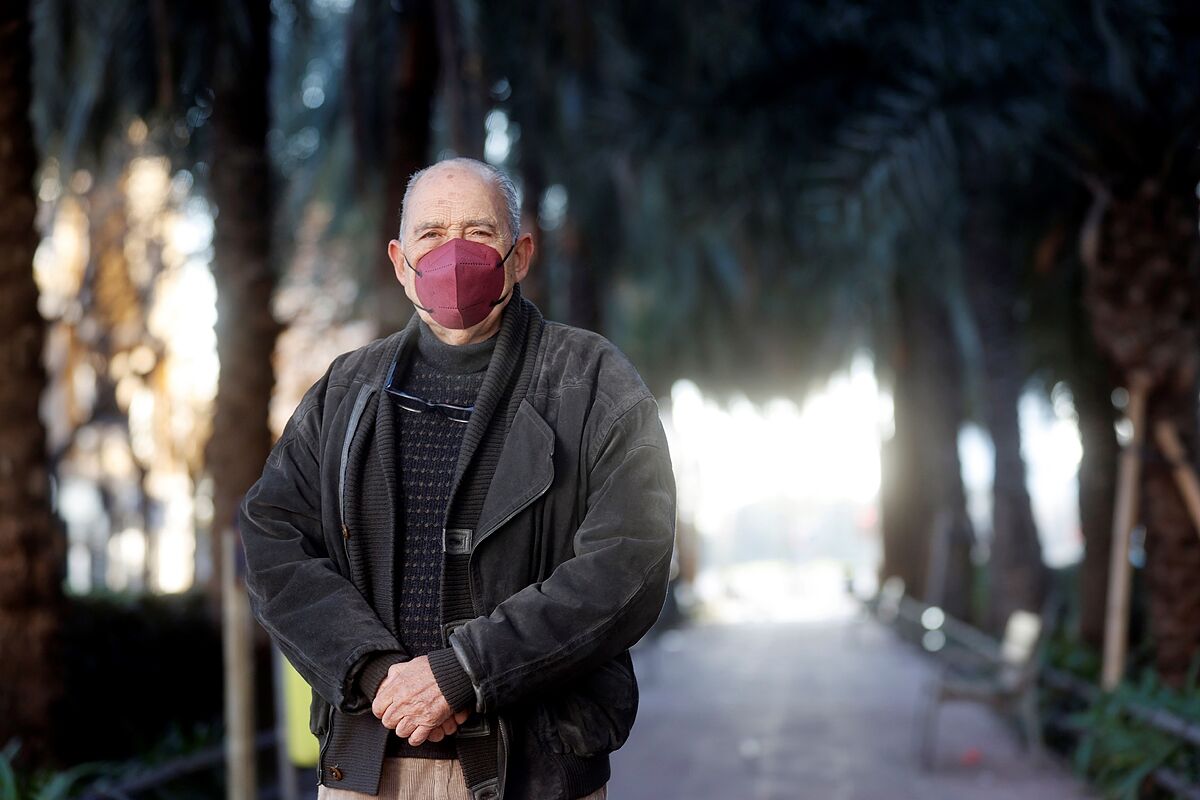 received a call a few days ago that he did not even imagine. The

of his bank called him to a face-to-face meeting at his branch next Monday. “Just what almost 10 million older people in Spain cannot do,” he laments from his home in the Ensanche neighborhood of Valencia, where he has not stopped attending since he posted a petition on the

platform that is close to reaching the

I am 78 years old and I feel left out by the banks. Human attention in bank branches

, born in Zamora but resident in Valencia for more than 60 years, has become the face that denounces the

due to the rampant

process that has further accelerated the pandemic. And that call to apologize is not enough. Grateful for the repercussion of his complaint, he has already agreed to "collect the voice of the voiceless", of those who are less fortunate because they barely manage to handle "dinosaur telephones, those that only have the call and hang up key" . He does it, with the computer, the networks and the telephone, but the changes in the applications and the ATMs are becoming less intuitive every day.

He was vice-president of the Urology Association of the Valencian Community and Murcia, associate professor at the Faculty of Medicine of the University of Valencia and trained at the Puigvert Foundation in Barcelona, ​​from where he returned to Valencia, first at Hospital La Fe and then as head of service at the Hospital Doctor Peset.

The end of his career, which he wanted to extend until he was 70 years old, was marked by

which was detected at 65. «I suffered mentally and emotionally, but I remain mentally agile, although with ailments from illness and age.

And that's a downer », he recounts.

The banks with which he worked,

at the hospital when he was active, with personalized attention and absolute trust.

"They were friends," he describes.

He has been a client of one of them for 51 years, "when they had the branch inside the hospital where he worked," he recalls.

He does not reveal the name "because the problem already belongs to everyone, and the pandemic is just an excuse."

as the biggest factor in dehumanization.

«Once they told me that if I was not satisfied, I should change banks, but there is no alternative!

It is the danger of monopoly.

Add to that the dismissal of workers.

“The people that they came into contact with and with whom he had empathy suddenly disappeared.

They are very stressed and I don't blame them, it was clear that they worked reluctantly and that they were looking for that isolation with the clientele », she assures.

«After the confinement and the mergers, the only call I received was to

that he has witnessed, “such as a lady with motor disabilities who came with her little booklet and was sent to the same office she came from, which was several kilometers away, and left crying. Or that a minute passes from the scheduled time of attention and they deny it, or that you have to make an

, like my wife today, and it is like doing a master's degree to find the application key because there is no way to contact by telephone".

For him, the cashier is a problem.

«My tremors get worse when I get nervous, and I do it at the cashier, because of the glitter, the covers... I'm slow.

If I see that there is a queue, everything gets complicated.

The other day I made the wrong key and they almost charged me a commission of 13.50 euros

That for a retiree who earns 800 euros is to disrupt the whole month, "explains this man who just needs some guidance to continue feeling capable of managing his finances.

. Older people exist, they have our savings and our pensions and we only ask that sections be set up in the branches where they stop excluding us," demands Carlos, who is outraged when someone, in a paternalistic tone, asks him to turn to his daughter or one of his three granddaughters."

They intend to incapacitate us. I'm old, but I'm not an idiot

", says this doctor who enjoys jazz, does mental gymnastics and forces himself to write because he notices that every day it costs him a little more.

Carlos also recalls that in the first half of last year, the five Spanish banks on the IBEX 35 earned more than 10,000 million euros, so making the branches more accessible "does not seem like an impossible investment to make. It is a drop in the ocean of its profits."

In addition, it launches a warning: "

the entity that recovers direct contact will take all the clients

, this would really sting them".