LPR rare "double interest rate cut", the monthly mortgage payment is reduced! Is it easier to buy a home?

Zhongxin Finance, January 21 (Shi Ruigong Hongyu Zuo Yukun) cut interest rates again! In a month's time, "Yangma" lowered the 1-year LPR (loan market quoted interest rate) twice in a row, a total of 15 basis points, and the 5-year LPR was lowered for the first time in 20 months. What is the impact on the economy, property market, stock market, etc.? Data map: A real estate in Shanxi. Photo by G 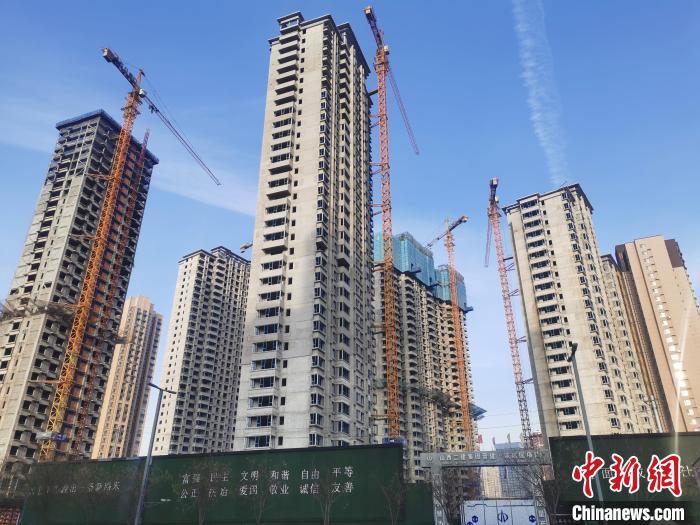 In a month's time, "Yangma" lowered the 1-year LPR (loan market quoted interest rate) twice in a row, a total of 15 basis points, and the 5-year LPR was lowered for the first time in 20 months. What is the impact on the economy, property market, stock market, etc.?

On January 20, the National Interbank Funding Center announced the loan market quoted interest rate (LPR) for this month. The one-year LPR was 3.7%, down 10 basis points from the previous month; the LPR for more than 5 years was 4.6%, compared with the previous month. Down 5 basis points.

Dong Ximiao, chief researcher of China Merchants Union Finance, told Zhongxin Finance that the LPR dropped asymmetrically this month, which was basically in line with expectations.

"First, the drop in the medium-term lending facility (MLF) bid interest rate has driven the decline in LPR. Second, the reduction in the cost of banks' capital has pushed banks to reduce the number of additional points. Since last year, the central bank has implemented two comprehensive RRR cuts, and has increased supervision on deposit interest rates and optimized deposit interest rates. The method of determining the upper limit of self-discipline has effectively reduced the cost of funds for banks, allowing banks to reduce the number of additional points.”

Dong Ximiao analyzed that the asymmetric decline of LPR this month has positive significance in three aspects.

First, to further transmit a signal of steady growth.

"Confidence is more important than gold", and the recent continuous adjustment of monetary policy has produced a superimposed effect, which will help restore market players' expectations and confidence in the future, stimulate market investment demand, and promote steady economic growth.

Both 1-year and 5-year LPRs have fallen, and the newly added short-term and medium- and long-term loan interest rates are expected to further decline, which will directly benefit real enterprises.

In November and December last year, the growth rate of bank credit lending declined. The "starter" in January was not ideal, and some banks even experienced "asset shortage".

Risks to the banking system will also increase if the credit contraction is not reversed.

"From the perspective of timing, before the United States accelerates its tightening of monetary policy, the time window for LPR to decline this month is more suitable, which will give my country the active space to deal with the risk of financial policy spillovers in developed economies." Dong Ximiao said.

Save money when you buy a house "just in need"

In the second half of 2021, the risks of individual real estate companies will become explicit. Affected by this, the risk aversion of various real estate entities has increased, financial institutions have experienced short-term stress reactions, the credit environment for home purchases has been relatively tightened, and some “just need” groups have applied for housing. Loan cycle lengthened.

Among them, the mainstream interest rates of housing loans in 59 cities were lowered month-on-month, an increase of 19 from the previous month. Among them, key cities such as Guangzhou, Shenzhen, Hangzhou, Nanjing, Suzhou and other key cities have lowered their mortgage interest rates.

Yan Yuejin believes that the interest rate cut by the central bank will be further transmitted to the housing loan market. Taking a mortgage loan with a loan amount of 1 million yuan and a 30-year equal principal and interest repayment as an example, before the interest rate adjustment, the 5-year LPR was 4.65%. The monthly payment is 5156 yuan.

In this way, the monthly payment is reduced by about 30 yuan.

"If you consider that commercial banks will have more loanable funds in the future and there is room for further reduction in interest rates, the effect of reducing the burden will be more obvious." (End)