Vladimir Putin proposed to index the pensions of Russian servicemen by 8.6% from January 1, 2022. According to the head of state, the initiative will affect 2.6 million people. The President instructed the government to ensure the accrual of funds in the near future, as well as recalculate the January payments already received. 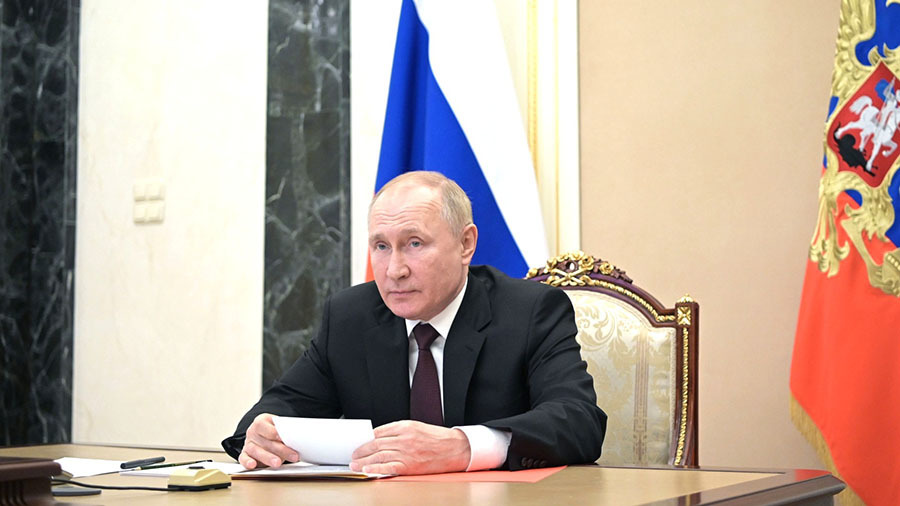 Russian President Vladimir Putin proposed to further increase the amount of pensions for military personnel in 2022.

The head of state stated this on Friday, January 21, at a meeting with permanent members of the country's Security Council.

“We have made a decision regarding civilian pensioners: from January 1, pensions should increase by 8.6%, that is, higher than last year's inflation.

But, of course, we should not forget about military pensioners.

I consider it necessary to apply the same approach,” the Russian leader said.

According to him, the indexation will affect a total of 2.6 million people.

We are talking about retired employees of the Ministry of Internal Affairs, the Russian Guard, the Ministry of Emergency Situations, the Prosecutor General's Office, the Investigative Committee and other structures.

As Vladimir Putin recalled, it was initially assumed that in 2022 military pensions in Russia would be increased by 4% from October 1.

However, the value turned out to be twice lower than real inflation, which at the end of 2021 amounted to 8.4%.

Against this background, the president instructed the government to index payments at a faster pace from January 1.

“I ask the government to implement this decision as soon as possible, including recalculating the already paid pensions for January, so that citizens receive the due funds along with the next pension,” Putin stressed.

The government can allocate about 60-70 billion rubles for the indexation of pensions for servicemen.

Such an assumption in an interview with RT was made by the head of the scientific laboratory "Quantitative methods for studying regional development" of the Russian University of Economics named after G.V.

According to her, taking into account the significant difference in ranks, the average payment will increase to about 30-31 thousand rubles.

“It is logical that the authorities decided to index the pensions of military pensioners now and not wait until October.

By this time nine months would have passed since inflation reached 8.4%.

While prices continue to rise.

It should be noted that on the eve of the State Duma adopted in the third, final reading an amendment on the indexation of pensions for civil pensioners.

As a result, the average old-age insurance payment for non-working Russians will be about 19,000 rubles.

The actions of the authorities will ease the financial burden on pensioners during a period of high inflation, and will also have a positive impact on the economy.

Valery Mironov, Deputy Director of the Development Center Institute of the National Research University Higher School of Economics, spoke about this in an interview with RT.

As the specialist explained, the increase in payments has a positive effect on the level of consumption in the country.

Thus, in most cases, after receiving a raise, people, especially those with low incomes, tend to spend money on goods and services, rather than save.

Thus, the money enters the economy and contributes to the growth of the country's GDP, Mironov noted.

“At the same time, Russian pensioners, as various studies show, tend to buy more domestic products, rather than imported ones, like the younger population.

This also plays in favor of production growth.

As a result, it is also beneficial for the government to support pensioners from an economic point of view, since payments are returned to circulation,” the specialist added.

In addition, according to Valery Mironov, at the moment all payments are immediately credited to the card of pensioners without additional information.

This, in turn, makes it possible to make support more targeted and transparent both for recipients and for the regulator, which can track the operation, the economist emphasized.

In addition to raising pensions, from January 1, 2022, the minimum wage (minimum wage) and the subsistence minimum were increased by 8.6% in Russia to 13,890 and 12,654 rubles, respectively.

It is assumed that the initiative will lead to an increase in wages and social benefits for 19 million Russians, and the authorities will allocate 30 billion rubles for its implementation.

In addition, from February 1, taking into account the actual inflation in Russia, the amount of maternity capital should be increased.

According to TASS with reference to the data of the Ministry of Labor, the amount of payment for the first child will be 524.5 thousand rubles, and for the second - 693.1 thousand rubles.

If the family has already been paid money for the first child, when a second child appears, 168.6 thousand rubles will be credited.