How is the mortgage policy going? Will it continue to cut? The central bank's authoritative response

Zhongxin Finance, January 18 (Reporter Xie Yiguan) Has the mortgage policy changed? Will it continue to cut? Will credit extension expand? What is the status of the digital renminbi pilot? How much will the Fed's signal of raising interest rates affect China?   On January 18, the State Council Information Office held a press conference on financial statistics in 2021, and the relevant person in 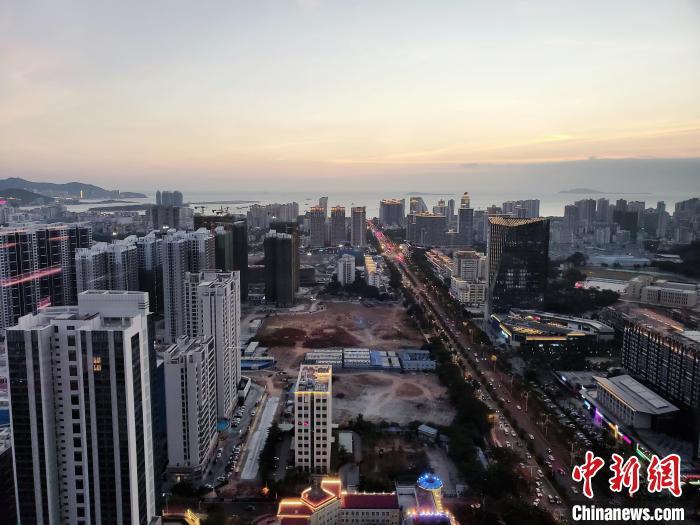 Will it continue to cut?

What is the status of the digital renminbi pilot?

How much will the Fed's signal of raising interest rates affect China?

On January 18, the State Council Information Office held a press conference on financial statistics in 2021, and the relevant person in charge of the central bank responded to hot topics one by one.

Data map: Sanya City in the afterglow of the sunset.

According to Zou Lan, director of the Financial Markets Department of the People's Bank of China, in the second half of 2021, the risks of Evergrande and other individual real estate companies have become explicit. Affected by this, various real estate entities have increased risk aversion, and financial institutions have also experienced short-term responses. stimulus response.

In response to this situation, the financial management department immediately took countermeasures. With the joint efforts of all parties, the recent real estate sales, land purchases, financing and other behaviors have gradually returned to normal, and market expectations have steadily improved.

The housing loan policy insists on housing housing and not speculating, and maintains basic stability

Zou Lan said at the meeting that in the next step, the People's Bank of China will adhere to the positioning that houses are for living, not for speculation, and in accordance with the requirements of exploring new development models, fully implement the long-term mechanism for real estate, maintain the continuity of real estate financial policies, Consistency and stability, prudently implement the real estate financial prudential management system, increase financial support for housing leasing, and implement city-specific policies to promote a virtuous circle and healthy development of the real estate industry.

"As for the housing loan policy, it will be basically stable according to the arrangement of the long-term mechanism." Zou Lan said that with regard to the purchase policy, one of the core characteristics of real estate is regional. Under the management framework of the long-term mechanism for real estate, more Implement the territorial responsibilities of the city government, and implement real estate regulation based on city-specific policies in light of the local market situation.

Data map: A banknote counter in a bank in Gansu is counting renminbi.

Sun Guofeng, director of the Monetary Policy Department of the People's Bank of China, said that since 2022, the People's Bank of China has strengthened cross-cycle adjustment, increased liquidity provision, and promoted the medium-term lending facility and open market operations to reduce the bid interest rate by 10 basis points, which will help stimulate The financing needs of market players and the stability of total credit growth are enhanced.

"In the next step, the People's Bank of China will adhere to the principle of stability, a prudent monetary policy that is flexible and appropriate, increase cross-cycle adjustment, give full play to the dual functions of monetary policy volume and structure, maintain reasonably sufficient liquidity, and guide financial institutions to vigorously expand credit issuance. ." Sun Guofeng said.

"But from another point of view, the space has become smaller, but there is still a certain amount of space. We can use it according to the economic and financial operation and the needs of macro-control." Liu Guoqiang said.

On the 17th, the central bank lowered the MLF and reverse repurchase rates at the same time beyond expectations, and the market began to pay attention to whether the LPR (loan market quoted rate) would also be lowered accordingly.

In this regard, Sun Guofeng said that the LPR quotation bank comprehensively considers its own capital cost, risk premium, market supply and demand and other factors when quoting. LPR will fully reflect the changes in market interest rates in a timely manner, guide the decline of corporate loan interest rates, and effectively promote the reduction of corporate comprehensive financing costs.

Policy adjustments in developed economies have limited impact on my country

Recently, the Federal Reserve has released a signal to raise interest rates. Sun Guofeng said that, in general, the policy adjustment of developed economies has limited impact on my country.

Sun Guofeng said, "We have noticed that the monetary policies of major developed economies have begun to adjust recently, and the market has strong expectations for the Fed to raise interest rates and shrink its balance sheet. my country's macro economy is large and resilient, and it has insisted on implementing a normal currency since the epidemic. Policies, instead of flooding, do a good job of cross-cycle design, keep liquidity reasonably sufficient, financial support for the real economy is solid, financial system autonomy and stability are enhanced, and the RMB exchange rate is expected to be stable, all of which will help ease tensions deal with external risks.”

Regarding the pilot situation of digital renminbi, according to Zou Lan, at present, the People's Bank of China has launched digital renminbi in Shenzhen, Suzhou, Xiong'an, Chengdu, Shanghai, Hainan, Changsha, Xi'an, Qingdao, Dalian and other places and the scene of the 2022 Beijing Winter Olympics The pilot projects basically cover different regions such as the Yangtze River Delta, Pearl River Delta, Beijing-Tianjin-Hebei, central, western, northeastern, and northwestern regions.

"As of December 31, 2021, there have been more than 8.0851 million digital renminbi pilot scenarios, a total of 261 million personal wallets have been opened, and a transaction amount of 87.565 billion yuan." Zou Lan said.