Development and Reform Commission: It is expected that electricity consumption and the highest electricity load will continue to grow rapidly in 2022

Zhongxin Finance, January 18. On January 18, Li Yunqing, director of the Economic Operation Adjustment Bureau of the National Development and Reform Commission, said at a press conference that, comprehensive research and judgment, it is expected that the national electricity consumption and the highest electricity load will continue to grow rapidly in 2022. Data map. Photo by Yang Yongguang 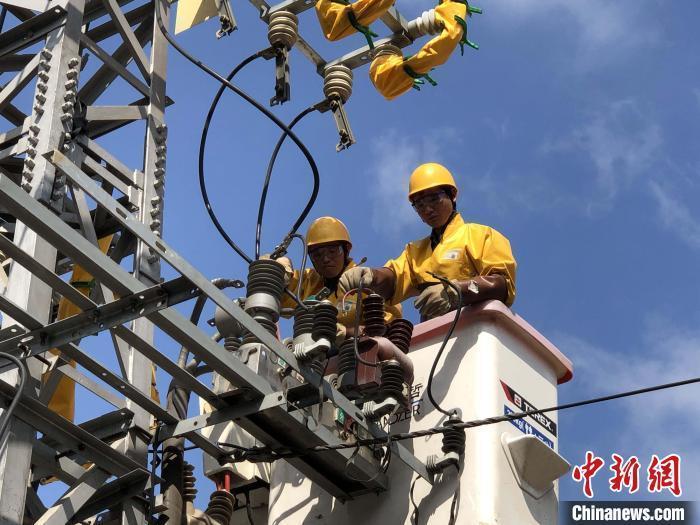 Zhongxin Finance, January 18. On January 18, Li Yunqing, director of the Economic Operation Adjustment Bureau of the National Development and Reform Commission, said at a press conference that, comprehensive research and judgment, it is expected that the national electricity consumption and the highest electricity load will continue to grow rapidly in 2022.

Affected by the superposition of multiple factors, my country's electricity demand will grow rapidly in 2021.

According to statistics, in 2021, the national electricity consumption of the whole society will be 8.31 trillion kWh, a year-on-year increase of 10.3%, and an average growth rate of 7.1% in the two years, which is 1.4 percentage points higher than the average annual growth rate during the "13th Five-Year Plan" period; the country's highest electricity load 1.192 billion kilowatts, an increase of 10.8% over the previous year.

Affected by this, power supply and demand in some areas were tight during peak hours, and short-term power cuts occurred in some places.

The National Development and Reform Commission and relevant parties resolutely implement the decisions and arrangements of the Party Central Committee and the State Council, make every effort to increase the power supply guarantee capacity, strengthen the operation coordination and dispatch, coordinate the surplus and shortage of power in various regions, comprehensively implement policies to alleviate the operating difficulties of power generation enterprises, and strictly protect people's livelihood and important User electricity demand.

Thanks to the joint efforts of all parties, the order of electricity supply and consumption across the country has quickly returned to normal. At present, the operation is generally stable and the demand for electricity has been effectively guaranteed.

Li Yunqing pointed out that based on comprehensive research and judgment, it is expected that the national electricity consumption and the highest electricity load will continue to grow rapidly in 2022. Higher requirements have been placed on the power supply guarantee work.

The National Development and Reform Commission will work with relevant parties to ensure the power supply and provide strong support for the stable operation of the economy and society.

The first is to give full play to the role of various types of power supply guaranteeing supply.

Adhere to planning and leading, "a game of chess across the country", on the basis of implementing peak shaving resources and absorbing the market, accelerate the construction of large-scale wind power photovoltaic base projects focusing on deserts, Gobi, and desertified areas, and make every effort to improve supply guarantee capabilities and optimize energy structure. .

Combined with the progress of new peak-shaving units in various regions and the need to ensure power supply, scientifically promote the "three-reform linkage" of coal-fired power energy-saving and consumption-reducing transformation, heating transformation, and flexibility transformation and manufacturing, and reduce the coal consumption for power supply of in-service units to 300 grams of standard coal /kWh or less, better play the supporting and regulating role of coal-fired power units.

The second is to play the role of optimizing the allocation of large power grid resources.

Promote the accelerated approval of inter-provincial power transmission channels, start construction and put into production as soon as possible, and effectively improve the ability to optimize the allocation of large-scale resources.

Establish and improve a market-oriented mechanism for optimal scheduling across provinces and regions to promote an overall balance between supply and demand.

The third is to play the role of power demand side management to protect people's livelihood.

Guide all localities to strengthen the construction of interruptible load resources, guide users to stagger and avoid peak electricity in a market-oriented way, control unreasonable electricity demand, and resolutely adhere to the bottom line of ensuring people's livelihood.