(Walking to the grassroots level in the Spring Festival) From tying kites to spreading culture: "Kite Girls" in Langfang make kites "fly" higher   China News Service, Langfang, January 17 (Song Mintao and Wang Yangyang) On the 17th, the morning light was slightly white, and the "Kite Courtyard" in Dishili Village, Anci District, Langfang City, Hebei Province was busy. The sound of "hissing" of 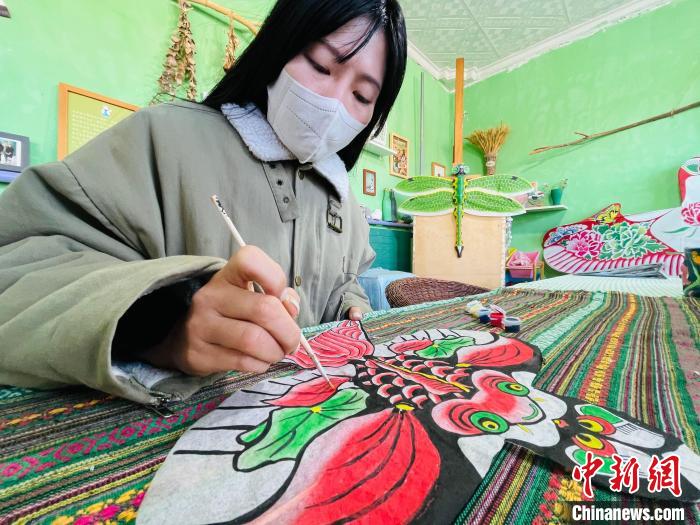 (Walking to the grassroots level in the Spring Festival) From tying kites to spreading culture: "Kite Girls" in Langfang make kites "fly" higher

The sound of "hissing" of chopping bamboo and "squeaking" of sawing bamboo slices came from the studio. The owner of the small courtyard, Zhao Yanfang, was concentrating on making kites.

"This is the key step in the making of the traditional Shayan kite." Several bamboo strips were turned over in Zhao Yanfang's hands several times, and a vivid and flying kite skeleton was placed on the table.

In the studio of dozens of square meters, there are traditional sand swallow kites such as fat swallow, thin swallow and biyi swallow, and the table is full of exquisite handicraft ornaments.

Dishri is the birthplace, inheritance and production place of Chinese court kites, with a history of more than 500 years of pasting kites.

The "post-90s" girl Zhao Yanfang grew up in a strong kite culture, and in 2017 opened a "kite courtyard".

At first, Zhao Yanfang used self-media propaganda to attract people to the small courtyard to experience the making, painting, pasting and assembly of traditional kites.

"The space is limited, the projects are single, and the kite culture is not displayed in place. Thanks to the government and the Women's Federation, I have had many opportunities to go out to study and 'recharge'.

The precise care of a series of policies to meet needs, send knowledge, and send skills has made Zhao Yanfang no worries.

She renovated the idle room at home into a kite painting studio, an exhibition room and a bookstore, and made handicrafts such as hairpins and brooches, integrating the cultural characteristics and auspicious meanings of kites to explore the cultural value of kites.

Zhao Yanfang counted the stories about kites with the support of the government and other departments: "Intangible Cultural Heritage" kite research and study entered the campus; held a solo exhibition of handmade kites; went to Shijiazhuang, Qinhuangdao and other places to observe and study, and used Internet technology to help The kite took off and "flyed"; groping to open a live webcast to spread kite culture...

In 2021, the kite processing factory and "Kite Yard" managed by Zhao Yanfang will be operating well, driving more than 30 processing households to increase their income, and the products are sold at home and abroad.

Zhao Yanfang said that the "Kite Yard" is the place where she dreams of taking off. In the future, she hopes to make Chinese kites "fly" farther and spread more widely.