Can Andrés Iniesta continue promoting cryptocurrencies on his social networks?

"I'm learning how to start with cryptocurrencies," said soccer player Andrés Iniesta in a tweet last November while appearing in an image with... 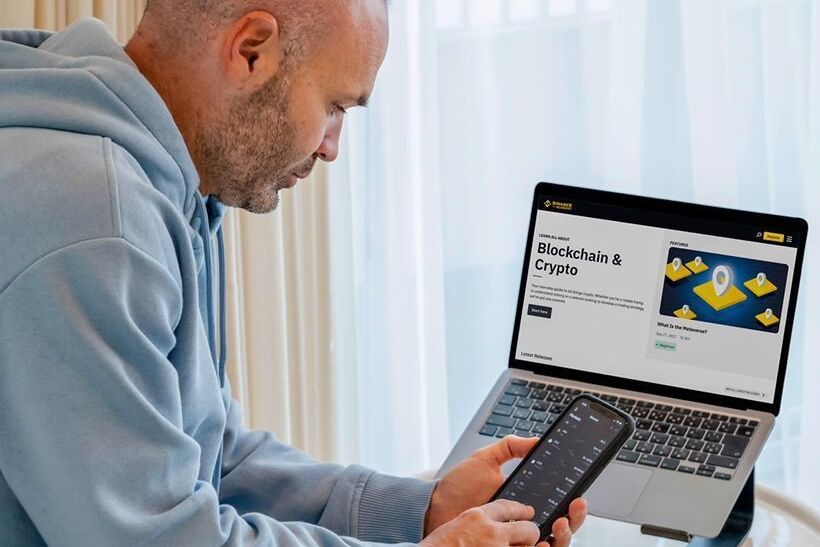 "I'm learning how to start with cryptocurrencies," said soccer player

in a tweet last November while appearing in an image with one of the best-known portals for investment in crypto assets. The message provoked the almost immediate reaction of the

(CNMV), which at that time did not yet have in its hands the rule that regulates 'crypto' advertising in Spain. This rule has been published this Monday and it would also affect messages like Iniesta's.

With the circular in hand, Andrés Iniesta could rewrite a message like the one he wrote at that time, but if he was paid for it, that is, if his tweet was part of an advertising campaign, now he would have to comply with the requirements of the market supervisor. That is to say, it would have to give clear and impartial information, in addition to including a warning message in the terms established by the circular, that is:

"Investment in crypto assets is not regulated, it may not be suitable for retail investors and the entire amount invested

In addition, Iniesta would have to add links or indications to the location of the additional information identified with phrases such as: "

In your case, since it is an account with more than 100,000 followers

, you would also have to communicate the campaign 10 days in advance to the CNMV, who would be in charge of analyzing it and giving it the go-ahead.

Now, if Andrés Iniesta's tweet were just a personal initiative, none of the above would be necessary since the new rule is only activated when there is remuneration involved. And the same would apply to the rest of the

that have proliferated in recent years taking advantage of the

in FinTok calls and the interest in investing in crypto assets.

[which enters into force within a month]

will be applicable to crypto-asset service providers when they carry out these advertising activities, to advertising service providers, or to any other natural or legal person who carries out on their own initiative or said activity on behalf of third parties. This includes natural persons who, for remuneration, advertise and promote crypto assets (products or services promoted through

Unpaid opinions are excluded as they are considered freedom of expression.

Also in recent times it has become common to find investment platforms in crypto assets as sponsors of competitions and major sporting events.

In this case, "if the sponsorship actions do not include direct messages for investment in crypto assets, but are corporate campaigns with corporate

they are excluded from the supervision of the CNMV," sources from the agency explain.

Graphically, the same sources explain that if a team or a sporting event includes only the name of an investment platform in crypto assets, they would not intervene, but if the message encourages investing in one of those crypto assets, the CNMV would take action. .

The circular not only establishes the way in which the CNMV will supervise cryptoactive advertising, but also stipulates that all those campaigns aimed at

more than 100,000 people will be obliged to communicate

it at least ten days in advance.

For the purposes of the Commission, they are

and if the established rules are not complied with, those responsible could face a sanction for serious infringement that could reach a fine of 300,000 euros.

The rest of the advertising actions, that is, those that are aimed at a smaller audience, will also be subject to the supervisory action of the CNMV but do not require prior notification.

Nor will advertising on crypto assets "which due to their characteristics and nature are not likely to be an investment object" be subjected to the regulator's scrutiny;

of the new issues and the "advertising about crypto assets that are unique and non-fungible with other crypto assets, when they represent collectible assets, works with intellectual property or assets whose sole purpose is their use in games or competitions, so that they do not be offered massively as a mere object of investment".

That is, when it comes to the popular

In any case, the CNMV will require that advertising about crypto assets be clear, balanced, impartial and not misleading, and that it avoids the omission of relevant information or the inclusion of ambiguous, biased, incomplete or contradictory information that could lead to confusion. .

In addition, advertising that provides information

on the cost or profitability

of a crypto asset must contain clear, exact, sufficient and up-to-date information, appropriate to its nature and complexity, the characteristics of the media used and the target audience to which it is advertised.

you must avoid references to high past returns

, and if made, you must expressly indicate the period of time to which you refer, and it must not be for a period of less than 12 months.

The world wide open Eswar Prasad: "China wants to release its new cryptocurrency to get hold of the data of its citizens"

Macroeconomics The CNMV puts an end to 'crypto' advertising: it will monitor massive campaigns and 'influencers' but save sports sponsorships and NFTs

MacroeconomicsBitcoin, faced with the worst start to the year in a decade by Kazakhstan, the Fed and inflation