Zhongxin Finance, January 17 (Reporter Li Jinlei) According to the schedule, the National Bureau of Statistics will announce China's economic data in 2021 today (17th), and heavy indicators such as GDP and residents' income will be officially announced. In the first year of the "14th Five-Year Plan", how will China's economy perform? Data map. Drawing by Zhang Jianyuan GDP will exceed one tril 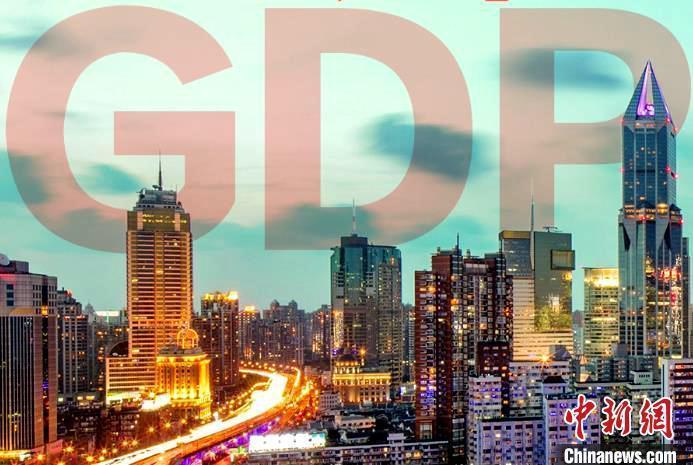 Zhongxin Finance, January 17 (Reporter Li Jinlei) According to the schedule, the National Bureau of Statistics will announce China's economic data in 2021 today (17th), and heavy indicators such as GDP and residents' income will be officially announced.

In the first year of the "14th Five-Year Plan", how will China's economy perform?

GDP will exceed one trillion yuan for the second consecutive year

In 2021, despite being hit by factors such as the epidemic and the flood, and facing triple pressures of demand contraction, supply shock, and weakening expectations, the Chinese economy has shown strong resilience and got off to a good start in the 14th Five-Year Plan.

Ning Jizhe, deputy director of the National Development and Reform Commission and director of the National Bureau of Statistics, recently publicly stated that in 2021, China's GDP will exceed 100 trillion yuan for the second consecutive year, and its proportion in the world will further increase. The per capita GDP will exceed 10,000 US dollars for the third consecutive year.

The data shows that according to preliminary calculations, the GDP in the first three quarters of 2021 will be 82,313.1 billion yuan, a year-on-year increase of 9.8% at comparable prices.

In 2021, China's total economic output will continue to stand at more than one trillion yuan. The suspense left to the outside world is whether it will exceed the 110 trillion mark, which is expected.

GDP growth is expected to be around 8%

What will be the level of economic growth in 2021?

According to the forecasts of some domestic and foreign institutions and experts, China's economic growth rate in 2021 may be around 8%.

The World Bank recently released the latest "Global Economic Outlook" report, predicting that China's economy will grow by 8% in 2021 and 5.1% in 2022.

The "Economic Blue Book: Analysis and Forecast of China's Economic Situation in 2022" recently released by the Chinese Academy of Social Sciences pointed out that China's economy will generally maintain a recovery trend in 2021, and its economic growth rate will remain ahead of the world's major economies. It is expected that China's economic growth in 2021 will be 8.0% %.

At present, the data of foreign trade and prices for the whole year of 2021 have been announced in advance. Among them, the import and export of foreign trade has achieved rapid growth, and the scale has reached a new high, breaking the US$6 trillion mark for the first time.

Prices have maintained a moderate rise, with the CPI rising by 0.9% year-on-year in 2021, successfully completing the annual regulation target of around 3%.

The employment target has been completed ahead of schedule. Data shows that from January to November 2021, 12.07 million new jobs will be created in urban areas across the country, exceeding the annual target.

In addition, whether the growth rate of residents' income throughout the year can outperform the economic growth rate, and the recovery trend of consumption, which is the main engine of the economy, are also worthy of attention.