One person, one mountain, a road to poverty alleviation and revitalization

China News Service, Zhengzhou, December 12th, title: One person, one mountain, a section of poverty alleviation and revitalization road   Author Zhao Hui Liu Peng   Climbed to Fuxi Mountain, checked the progress of the project, and asked about the operation of the stalls of the poverty-stricken households. After finishing this work, Li Songchen came to the home of 89-year-old Zhang Yinwu in Zh 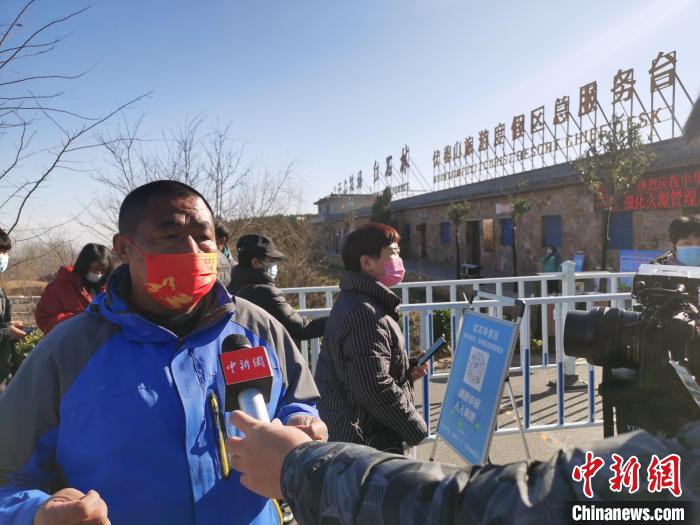 Climbed to Fuxi Mountain, checked the progress of the project, and asked about the operation of the stalls of the poverty-stricken households. After finishing this work, Li Songchen came to the home of 89-year-old Zhang Yinwu in Zhonggou Village.

"How is the situation at home recently? How are you and your aunt?" After Xi Han asked warmly, he put 1,000 yuan in the palm of the old man's hand: "It's cold, please tell me if you have any difficulties!"

"Going up the mountain every day" is Li Songchen's consistent work content for many years.

It is also a habit he insists on all year round to visit the old people's homes in the mountains from time to time.

Li Songchen and the villagers in this mountain have extraordinary emotions.

The mountains and roads here are dangerous. It used to be barren mountains and ridges lacking soil, water and vegetation. It is difficult for the people to increase income. Among the 12 administrative villages in the mountainous areas, 11 are impoverished villages, which are the hard bones of poverty alleviation.

Li Songchen is the Secretary of the Party Branch of Xianghe Street Community in the West Street Office of Xinmi City. Since 2011, he has led people to build bridges and pave roads on Fuxi Mountain, build dams, block water to build lakes, and plant trees. He is determined to develop barren hills. Block the hard bones of poverty alleviation.

Speaking of the original situation, Li Songchen said that in 2011, he led the cadres of the "two committees" of the community to visit the site of the Anti-Japanese Government in Mibei in Tianzhongwan Village. The scene he saw after going up the mountain deeply shocked him, "There is no water or electricity in the village. Many villagers still live in adobe houses, and their lives are beyond imagination."

Seeing the poverty and backwardness of the old revolutionary area, Li Songchen had an idea: to change this place and let the people live a good life.

Since then, the secretary of the Party branch of this urban community has rooted in the impoverished mountainous areas and handed his heart to the poor villagers, and his original intention has remained unchanged for 10 years.

In order to explore a precise poverty alleviation model suitable for mountainous areas, Li Songchen traveled all over the mountains and visited thousands of left-behind villagers to find out the root causes of poverty in the mountains, such as severe water shortages, labor shortages, and extreme industry shortages.

"Developing barren mountains and finding a way for the masses to get rich" has become his goal and pursuit.

In the past 10 years, Li Songchen has invested all the capital accumulated in the industry, turning the original barren mountains and ridges into picturesque tourist areas, and the built-up global tourism industry has become the driving force and source for the people in the old areas to get rid of poverty and become prosperous.

Develop industries, get rid of poverty and stabilize the "rice bowl"

In front of the Red Stone Forest Scenic Spot in Fuxi Mountain, the staff member Zhang Wanxing is guiding tourists to scan the code in an orderly manner.

He told reporters, "I have witnessed the changes on the mountain step by step. I really didn't expect it to be developed so beautifully. More than half of the people in our village work in the scenic spot."

Zhang Wanxing, a staff member of the Red Stone Forest Scenic Spot in Fuxi Mountain, was interviewed by reporters.

Speaking of current income, Zhang Wanxing said happily, “The working environment and income are much better than before. The scenic spot also pays me pension plans. I must work hard!”

Yang Shuping is as happy as Zhang Wanxing.

His family used to be a poverty-stricken household with a registered card. There are old and young people. Even if they go out to work, their income is not guaranteed. “Sometimes they can find work, sometimes they can’t.” He said that now he is on the project site in the scenic area. At work, my spouse runs a food stall in the scenic spot, and life is so much better.

He also encouraged and helped 312 poor households in the mountains to operate stalls and small farmhouses in the scenic area, directly driving more than 3,000 people to employment.

There are also special free targeted poverty alleviation booths in the scenic area, so that poor households with working ability can support their families on their own.

Zhao Xia, 36, is one of the beneficiaries.

"In the past, the village was looking up at the sky and looking down at the stones, which can be described as poor mountains and bad waters. The capable people in the village go out to do odd jobs and make a living. But since the scenic spot was completed, it has been different." The reporter saw Zhao Xia. , She was packing up small commodities in front of her precision poverty alleviation booth. Honeysuckle, dandelions, and characteristic small crafts made of pecans filled the stalls.

Talking about the changes in the mountains and her family over the years, Zhao Xia said that her family used to be poor and she relied solely on her husband to go out to work to subsidize her family. Now, although she can't be said to be too rich, there is no problem with the income from the stall.

"I want to treat this stall as a long-term livelihood and manage it well, so that my family's life will get better and better."

This is not only the wish of the people in the mountainous area, but also the direction Li Songchen has been working hard on. “Only by making the Fuxi Mountain tourism project bigger and stronger can we ensure the sustainable increase of the people’s income.”

The Fuxi Mountain is the east extension of the Songshan Mountain Range, with large and small hills dotted with deep and shallow canyons. In order to achieve sustainable development, Li Songchen continues to build projects on the mountains.

Many people think he is a bit stupid because of the high investment and the low return. However, Li Songchen said, "If I don’t stick to it, I would go to the mountain to see and shake my head like others did, and I would betray the trust of the people in the mountain. I failed my original intention."

It is the completion of one tourism project after another that has awakened the once-sleeping barren mountain and turned it into a cradle for the mountain people to get rich.

The better and better development situation in the hometown has also allowed more than 1,000 mountain young people working abroad to return to their hometowns for employment, injecting fresh blood into the development of the mountainous areas.

Ma Leishan, 31 years old this year, is one of them.

"My home is in Zhonggou Village, the deepest part of Fuxi Mountain. It used to be one of the poorest households in the village." Ma Leishan told reporters that after entering university and walking out of the mountains, he never thought that one day he would return to Dashan. "But seeing that the tourism development in my hometown is getting better and better, I have the idea of ​​coming back." In 2017, Ma Leixian returned to his hometown and joined the development and construction of Fuxi Mountain.

After nearly 5 years of hard work, he is now the person in charge of the construction of the scenic spot project and has received a high salary at his door.

Innovative development, from "living a good life" to "living a better life"

During the interview, Ma Zhanying, deputy secretary of the Party branch of Zhonggou Village, told reporters that through the development of tourism projects over the years, the lives of villagers have undergone earth-shaking changes. Some even bought a car, bought a house, and lived a brand new life. The happiness index of her life has been greatly improved.

Speaking of the future, Li Songchen said that his goal is to make the people's pockets stronger and life better.

The people's life is getting better, and Li Songchen seems to have fulfilled his original wish.

However, he has no plans to go down the mountain, and now he is still "going up the mountain every day, constantly asking for development."

His goal is to make the people's pockets stronger and live better, so that more people have work. "The purpose of going up the mountain was to let the people live a good life, but now that they don't go down the mountain is to let them live a better life."

He said that to consolidate the hard-won achievements of poverty alleviation, we must continue to innovate and continue to develop characteristic new projects, such as building a clean energy "small train" on the top of the mountain, linking several scenic spots in Fuxi Mountain, extending the tourist route, and turning it into a day. The tour is a two-day tour and a three-day tour.

"Apple trees can only be picked one after another if they are planted continuously." During the interview, Li Songchen talked about his theory of "planting apples" countless times. He hoped to increase the employment of people in mountainous areas through increasing projects. Opportunities to enhance the sense of gain and happiness of the masses and promote the revitalization of this old revolutionary base.