The central bank lowered its RRR for the second time this year! What is the impact on the property market and stock market?

Chinanews client, Beijing, December 7th (Reporter Xie Yiguan) On the evening of the 6th, "Yang Ma" cut the RRR for the second time this year, and it was a comprehensive reduction. What impact will it have on the economy, property market, and stock market? Data map: People's Bank of China. Photo by China News Agency reporter Zhang Xinglong Release long-term funds of about 1.2 trillion yuan   O 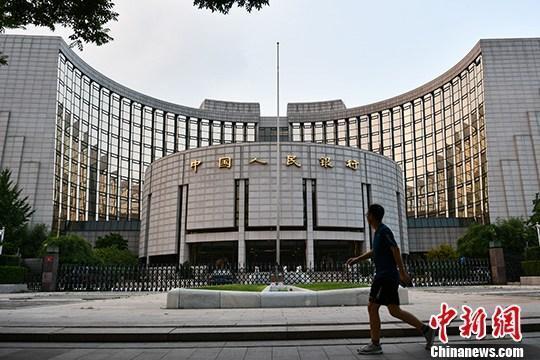 Chinanews client, Beijing, December 7th (Reporter Xie Yiguan) On the evening of the 6th, "Yang Ma" cut the RRR for the second time this year, and it was a comprehensive reduction. What impact will it have on the economy, property market, and stock market?

After this reduction, the weighted average deposit reserve ratio of financial institutions was 8.4%.

The central bank said that the RRR cut is a comprehensive cut.

At the same time, considering that most of the financial institutions participating in the targeted reduction assessment of inclusive finance have reached the assessment standards for supporting agriculture and small businesses (including individual industrial and commercial households), the policy objectives have been achieved, and relevant financial institutions uniformly implement the most favorable deposit reserve ratio , So this time the RRR cut will release a total of about 1.2 trillion yuan in long-term funds.

This is also the second time the central bank has cut its RRR in 2021.

Before the RRR cut, the official has issued a signal for the RRR cut.

On December 3, the official stated that it is necessary to “continue to implement a prudent monetary policy, maintain reasonable and sufficient liquidity, formulate policies based on the needs of market entities, use a variety of currency tools, reduce the RRR in due course, and increase the impact on the real economy, especially small, medium and micro enterprises. The support of enterprises has promoted the steady and moderate reduction of comprehensive financing costs and ensured the stable and healthy operation of the economy."

Why is the RRR cut?

The central bank stated that the purpose of this RRR cut is to strengthen cross-cycle adjustments, optimize the capital structure of financial institutions, improve financial service capabilities, and better support the real economy.

The second is to guide financial institutions to actively use the RRR cut funds to increase support for the real economy, especially for small, medium and micro enterprises.

Why is the RRR cut at this time?

Dong Ximiao, chief researcher of China Merchants Finance, told reporters from Chinanews.com that from an international perspective, the global economic prosperity has declined in the second half of 2021, and rising energy prices and tight supply chains have restricted the economic recovery of various countries.

From a domestic perspective, my country's economic recovery is not stable, consumption recovery is weak, and investment growth is slower than expected.

At the same time, there are structural contradictions in economic recovery, and it is still difficult for some sectors and small, medium and micro enterprises.

"The central bank's announcement of a comprehensive RRR cut at this time is very necessary and timely, which will help stabilize the confidence and expectations of market entities, promote the steady and continuous recovery of the real economy, and help companies out of trouble and healthy development." Dong Ximiao said.

“According to the central bank’s estimation, the RRR cut will release about 1.2 trillion yuan in long-term funds, and a 950 billion MLF will expire on December 15, which is the second highest scale in a single month this year. Part of the RRR cut funds will be used for replacement. The scale and timing of the expiration MLF are appropriate."

What is the impact?

consolidation of the real economy, reduce overall financing costs and other effects of policies

Dong Ximiao said that the central bank will implement the RRR cut for the second time this year, continue to provide banks with long-term and stable low-cost funds, increase the liquidity of the banking system while reducing bank funding costs, and help improve banking services for small, medium and micro enterprises and individuals. The willingness and ability of industrial and commercial households will consolidate the effect of policies such as reducing the overall financing cost of the real economy, and make the behavior of banks to benefit the real economy and serve small and micro enterprises more sustainable.

"After the RRR cut, banks will have more liquidity, lower funding costs, and will increase their willingness and ability to provide credit. For companies, it will be easier to obtain loans from banks, and loan interest rates are expected to further decline. The cost is lower." Dong Ximiao pointed out.

By the end of the year, behind the constant "price war" of real estate companies, the real estate market has cooled down more and more.

The abundant market liquidity brought about by the “reduction of RRR” is also beneficial to the property market to a certain extent.

"Follow-up when various market participants, including real estate, come into contact with banks, there is more room for obtaining loans and greater convenience. This also allows real estate companies to relieve the financial pressure more quickly, which has a positive effect." Yan Yuejin, research director of the Institute's Think Tank Center, said.

Yan Yuejin believes that under the condition of increased loan capacity, the pace of launch of housing companies will also accelerate, at least making subsequent housing sales not too pessimistic.

In other words, in the first quarter of next year, some projects will be combined with loose housing loan conditions and the sales rhythm will be accelerated, which will have a positive effect on the activity of the real estate market and the accelerated return of funds from housing enterprises.

Pan Helin, executive dean of the Institute of Digital Economics of Zhongnan University of Economics and Law, believes that from the stock market perspective, the RRR cut has brought liquidity to the stock market, and also brought confidence to investors, which is good for the formation of stock market weights such as financial stocks.

"Under the current registration system of my country's stock market, IPOs are gradually becoming normal. After the Beijing Stock Exchange was launched, the number of stocks in the capital market has increased. Therefore, maintaining a certain level of liquidity is conducive to the stability of the capital market and can allow the stock market to flow smoothly through the end of the year. Sexual dry season.” Pan Helin said.

Does it mean a change in the orientation of monetary policy?

The central bank stated that the orientation of prudent monetary policy has not changed.

We will adhere to the normal monetary policy, maintain policy continuity, stability, and sustainability, avoid flooding, and create a suitable monetary and financial environment for high-quality development and supply-side structural reforms.

Wen Bin, chief researcher of China Minsheng Bank, also believes that the RRR cut is not about a shift in monetary policy, but on the premise of ensuring reasonable and ample liquidity. The support in key areas and weak links such as green development and technological innovation has promoted the economy to climb through the hurdles and promote economic operation within a reasonable range.