Social document: Putin signed a budget law for the next three years

Russian President Vladimir Putin signed the federal budget law for 2022-2024. It is assumed that over the next three years, state treasury revenues will exceed 25 trillion rubles. Also, the head of state signed a law to increase the minimum wage from 2022 - to a level higher than inflation. 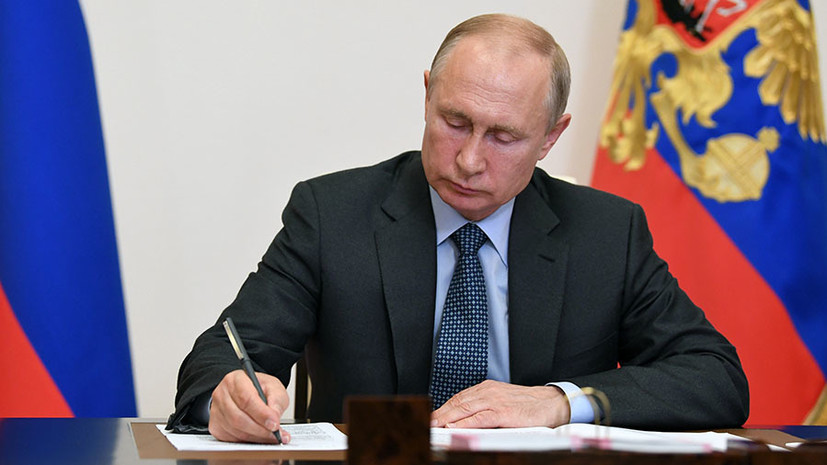 On Tuesday, December 7, Russian President Vladimir Putin signed the law "On the federal budget for 2022 and for the planning period of 2023 and 2024."

The document was published on the official portal of legal information.

The law provides for a steady increase in budget revenues.

“The budget for 2022, in contrast to the budget of last year, is formed with a surplus.

We have the opportunity to direct additional funds to address priority tasks - to social support of citizens, especially families with children, ”said earlier Chairman of the State Duma Viacheslav Volodin.

However, already in 2024 it is expected that the budget will be executed with a deficit of about 520 billion rubles (0.3% of GDP).

In part, this forecast may be associated with the expected decrease in oil and gas revenues of the treasury, says Alexander Abramov, head of the laboratory for the analysis of institutions and financial markets at the Institute for Applied Economic Research, RANEPA.

"The budget includes moderate oil prices and even a trend towards their slight decline," Abramov explained in a conversation with RT.

At the same time, as the expert notes, this forecast may be somewhat underestimated, and the actual oil and gas revenues will turn out to be higher.

“This will allow the Ministry of Finance to direct more funds to the National Welfare Fund (NWF),” said Alexander Abramov.

The draft budget provides all the decisions made to support citizens and restore economic growth.

This was announced earlier by Anatoly Artamonov, Chairman of the Federation Council Committee on Budget and Financial Markets.

), as before, has a social orientation - we see a significant increase in spending on health care, education, social policy, that is, all those expenses that are aimed at developing human capital,” Artamonov noted.

According to Alexander Abramov, the authorities will direct a significant amount of funds to support citizens in need.

Such actions, in turn, will help to increase people's real incomes, the expert is sure.

“This is a completely logical step.

Now we are only seeing a recovery in real incomes of the population, but the process remains rather limited.

This is attracting increased attention from the authorities.

Part of the budget expenditures will also go to the implementation of national projects.

“It is worth noting that in 2022 budget expenditures will grow by about 30% compared to the pre-crisis 2019.

This is a significant boost, but it is needed to support people and businesses who are struggling with the pandemic and ongoing constraints.

We have a significant amount of reserves in the NWF.

Now we can start spending them gradually in order to fulfill our obligations in full, "Svetlana Bessarab, a member of the State Duma Committee on Labor, Social Policy and Veterans Affairs, said in an interview with RT.

At the same time, against the background of accelerating inflation in November, the President proposed to further increase the indicator.

In addition, the head of state ordered to increase the outstripping rates and the cost of living - also by 8.6% instead of the previously planned 2.5%.

“By increasing these indicators, it will be possible to increase the real incomes of the population, which is extremely important in the current conditions.

The increase in wages will affect not only low-paid workers, but also civil servants and employees of municipalities, whose salaries are calculated, among other things, from the minimum wage.

The initiative will also improve the well-being of citizens who receive various benefits, including Russians with children, ”said Svetlana Bessarab.