The ballast of the last bubble of the 'brick': 54% of the foreclosures fall on houses bought at that time

Now that the housing market is back in its prime, many ghosts of the last bubble are being revived. Its consequences seem widely digested already by ... 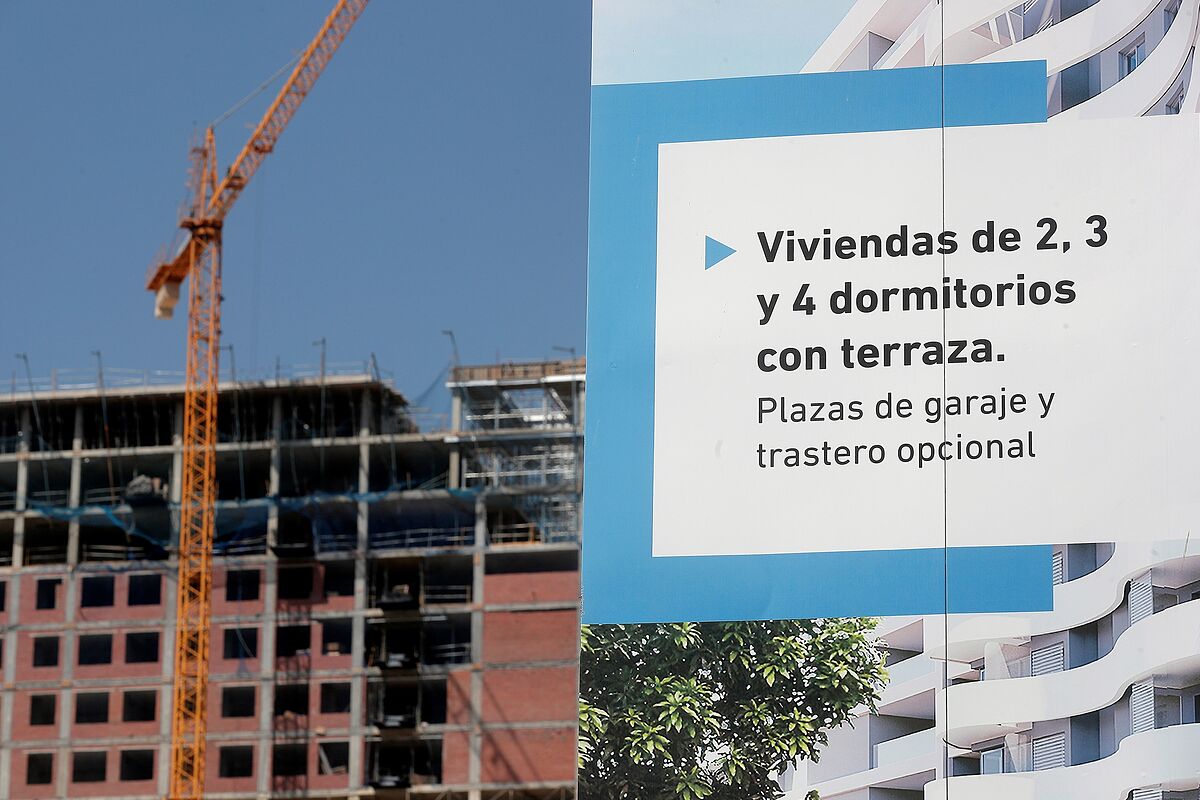 Now that the housing market is back in its prime, many

ghosts of the last bubble are being revived

. Its consequences seem widely digested by the sector, but there is still some reminiscence and the statistics of foreclosures remember them from time to time. At that time, in fact, more than half of the homes that have been affected by such a process were bought in the third quarter of this year, specifically, 54.2%.

Those years coincide with the fever to buy a house that broke out in the country in the early 2000s. Operations soared under the protection of a banking sector that turned on

as had not been done before and both factors pushed the prices of the houses to maximums that have not been repeated.

Thousands of families were trapped in very high mortgages

and, judging by the data available yesterday, there are still many who still cannot afford their installments today.

In fact, 15.2% of the foreclosures initiated on dwellings in the third quarter correspond to

"It is not only about mortgages that were possibly more expensive, but about houses that were bought in a situation where access to credit was extremely simple,

risk analysis was conspicuous by its absence

and credit far exceeded 80% of the value total, which was already high. So in the end we are talking about the fact that in foreclosures we are still dragging part of that real estate bubble ", points out

, director of Studies and spokesman for the real estate portal

The data, published by the National Institute of Statistics, also speak of how the residential market is gradually normalizing and point to a trend that could put an end to several years of annual setbacks in foreclosures on common homes in Spain.

The maximum was reached in 2007 and after a last five years of decreases, 2021 could be a turning point.

End of the social shield

"social shield" deployed by the Government

during the pandemic and measures such as the mortgage moratorium that the Executive maintained during the worst moments of the confinements and until last March. Once all protections are terminated, home foreclosures are once again the majority of total foreclosures. Together they reached 4,035, 62% of all executions in the third quarter (6,507).

Returning to the last balance sheet, 18.5% of the foreclosures on dwellings correspond to properties belonging to legal persons and 8.7% to other dwellings of natural persons;