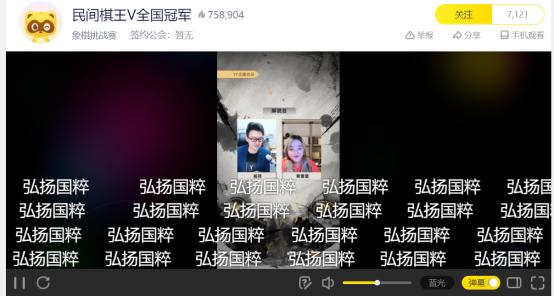 Chinanews.com, Beijing, November 30. With the blessing and empowerment of ever-changing digital technologies, Chinese traditional culture is riding on the east wind of "Internet +" and is constantly radiating new vitality.

As a big country with a long history, China has many extensive and profound excellent traditional cultures.

With the development of the times and society, how traditional culture can win the favor of young people who are "Internet aborigines" is a topic that needs continuous exploration.

It is necessary to vigorously promote excellent traditional culture, so that the cultural relics collected in the museum, the heritage displayed on the vast land and other traditional culture "live", in this process, digital technology is and will continue to play a key role.

Currently, Internet live broadcasting is in full swing. According to the 48th "Statistical Report on Internet Development in China" released by the China Internet Network Information Center (CNNIC), as of June 2021, the number of online live broadcasting users in my country has reached 638 million, accounting for the total number of Internet users. Of 63.1%.

The webcast breaks through the limitations of region and time and space, and greatly expands the boundaries of traditional cultural dissemination.

During the one-month event, nearly 5,000 exciting games were created.

In the 11-day live broadcast from the promotion tournament, nearly 5 million people watched the online chess master "Fight of the Immortals".

During the game, netizens left messages on the live broadcast public screen, "I don't understand, but were shocked", "Watching the live broadcast, learning culture, ignorance-1, cultural confidence +1", etc., expressing their true feelings about the chess culture.

In addition, content such as "Cultural Confidence" and "Promoting National Essence" has been screened many times in the live broadcast room.

Chinese chess master Lu Weitao said that chess is a cultural treasure of the Chinese nation and a national intangible cultural heritage.

The future development of live broadcast of chess has played a very good role. Internet technology has broken the boundaries of time and space, allowing chess to spread more widely and far.

Nowadays, more and more cloud games and live tournaments have also put forward new requirements for professional chess players. We must constantly improve ourselves to better shoulder the responsibility of the spreader of chess culture.

Chinese chess master Tao Hanming also said that through this YY live broadcast of the second national chess player challenge, he has seen the strength of folk chess players, the vigor and vitality of the younger generation, and a bright future for the inheritance and spread of chess culture.