[Together with Guangdong, Hong Kong and Macau to join hands in the Greater Bay Area] Young and old vitality Shenzhen ——Sidelights on the web-themed activity of "Together Guangdong, Hong Kong and Macao Join Hands in the Greater Bay Area"   Chinagong.com (Reporter Wang Tianyue) When mentioning Shenzhen, what do you think of first? Is it a grotesque skyscraper with tall buildings? Is it a gathering 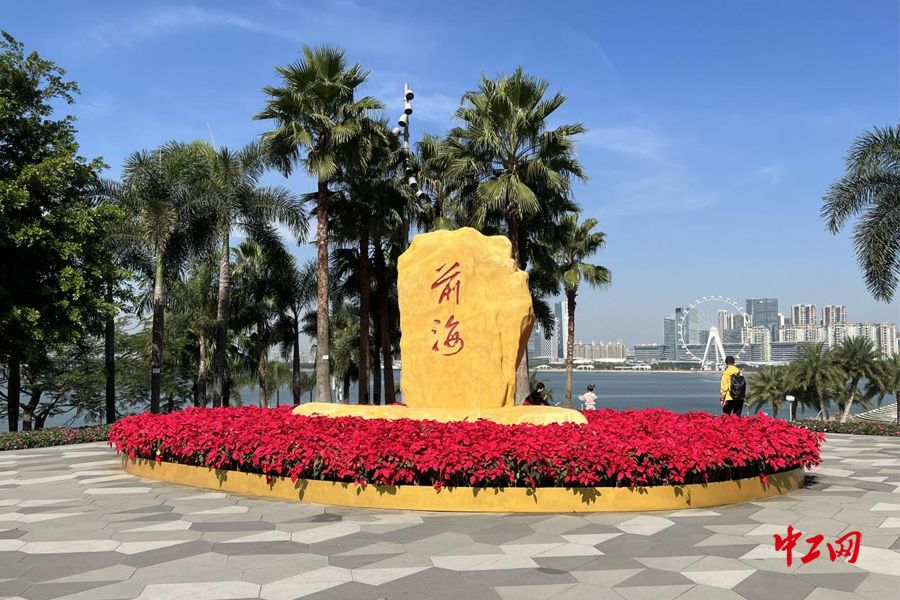 [Together with Guangdong, Hong Kong and Macau to join hands in the Greater Bay Area] Young and old vitality Shenzhen

——Sidelights on the web-themed activity of "Together Guangdong, Hong Kong and Macao Join Hands in the Greater Bay Area"

Chinagong.com (Reporter Wang Tianyue) When mentioning Shenzhen, what do you think of first?

Is it a grotesque skyscraper with tall buildings?

Is it a gathering place for technological innovation and emerging industries?

Is it "China Silicon Valley" or "Shenzhen Speed"?

Or is it the lyrics of "There is an old man who drew a circle on the South China Sea"?

The reporter team recorded the scenery and stories of this city with cameras and texts, showing a young and old vibrant Shenzhen.

This is an important landmark of "reform and opening up again"

Shenzhen is located in South China, southern Guangdong, and the east bank of the Pearl River Estuary. It is one of the four central cities in the Guangdong-Hong Kong-Macao Greater Bay Area, a national logistics hub, an international comprehensive transportation hub, an international technology industry innovation center, and China's three major national financial institutions. One of the centers, and strive to build a pioneering demonstration zone of socialism with Chinese characteristics, a comprehensive national science center, and a global ocean center city. The earliest predecessor was Guangzhou Bao’an County. Shenzhen was established in 1979 and became the first economy established in China in 1980. Special Zone, a window of China's reform and opening up, and an emerging immigrant city.

Although Shenzhen has only 40 years of development history, it has created a world-renowned "Shenzhen Speed".

Today, Shenzhen is still struggling on the road of development, and this young city also has its unique charm.

The "Qianhai Rock" standing on the banks of the Guiwan River in the Qianwan area is about 2.8 meters high, 2.1 meters wide, and 0.65 meters thick. The shape is like "Sailing Sail". The Qianhai Rock witnesses Qianhai "a blank sheet of paper" "From scratch, draw the most beautiful and best pictures" beautiful butterfly change is an important landmark of "reform and opening up".

The picture shows the "Qianhai Stone" on the banks of the Guiwan River in the Qianwan area.

The Qianhai International Conference Center is located in the Qianhai Shenzhen-Hong Kong Modern Service Industry Cooperation Zone, Shenzhen. On October 14, 2020, the 40th anniversary celebration of the establishment of the Shenzhen Special Economic Zone will be held here.

The "gauze" shape of its appearance is inherited from the tiled roofs of Lingnan dwellings.

It uses four different light transmittances and more than 1,200 colored glazed glass louvers, which are distributed from bottom to top on both sides of the structure arc.

On the colored glazed glass, there are circular patterns with a diameter of 4-10 mm, which are distributed from dense to sparse. The number of patterns on different curtain wall panels is different.

Seen from a distance, it is rich in layers and looks elegant and light, creating a hazy beauty of "tissue".

The picture shows the logo for the 40th anniversary of the establishment of the Shenzhen Special Economic Zone in front of the Qianhai International Conference Center.

The "Bay Area Light" Ferris wheel is located in Binhai Cultural Park, Bao'an District, Shenzhen. It is the tallest Ferris wheel above Shenzhen. It has a total height of 128 meters and 28 imported cabins, each of which can accommodate 25 people.

The "Light of the Bay Area" Ferris wheel has also become one of the new landmarks in Shenzhen.

There are a number of newly-built buildings with unique shapes on the banks of Guiwan in Qianhai area. In the future, these buildings will welcome more companies to move in and help the development of Shenzhen and the Greater Bay Area.

The picture shows the newly built building in the Qianwan area of ​​Shenzhen.

The origin and cultural heart of Shenzhen-Nantou Ancient City

The history of Shenzhen can be traced back nearly 1700 years.

"Xin'an County" is the old name of today's Shenzhen and Hong Kong ("Xin'an" means "to transform the old and the new, turn the crisis into safety"). At that time, it had a wide jurisdiction, including Dongguan County and Guishan County (today Huiyang County) to the north and Huiyang County to the south. Hongkong.

In 1573, the Ming Dynasty government established Xin'an County, and the county was established in Nantou City.

According to historical records, the ancient city of Nantou is the administrative center of the Lingnan coastal area for two millennia, a major military town of coastal defense, a transportation fortress on the river and sea, and a foreign trade distribution center.

The ancient city of Nantou is also a witness to the development of Shenzhen. Located in a city full of high-rises, it makes people feel that they have passed from modern times to the history with rich culture. The buildings seem to tell the visiting world that they used to be in Shenzhen. A story that happened on the land.

The picture shows the Nanchengmen ruins of the ancient city of Nantou, echoing the modern high-rise buildings behind them.

Shenzhen in the lights is still wonderful

As night falls, Shenzhen is still prosperous, vehicles are constantly flowing, and the city is brightly lit.

Everyone in Shenzhen is a builder of the city and a witness to the city's continuous development and reaching new heights.

The development of Shenzhen, and its unique geographical location is one of the success factors, and the strugglers here are also an indispensable part of the development.

In the future, Shenzhen, as one of the four central cities in the Guangdong-Hong Kong-Macao Greater Bay Area, shoulders more important responsibilities and missions. Shenzhen will continue to march forward with sonorous steps.

The picture shows the night in Shenzhen.

The picture shows the streets of Shenzhen at night. Both sides of the road are full of vehicles and delivery staff waiting to pick up and drop off the food. They are still working hard to serve the city.