Unexpected change in the leadership of Inditex, the largest company in the Ibex 35. Pablo Isla, until now president of the group and architect of the company's digital revolution, ... 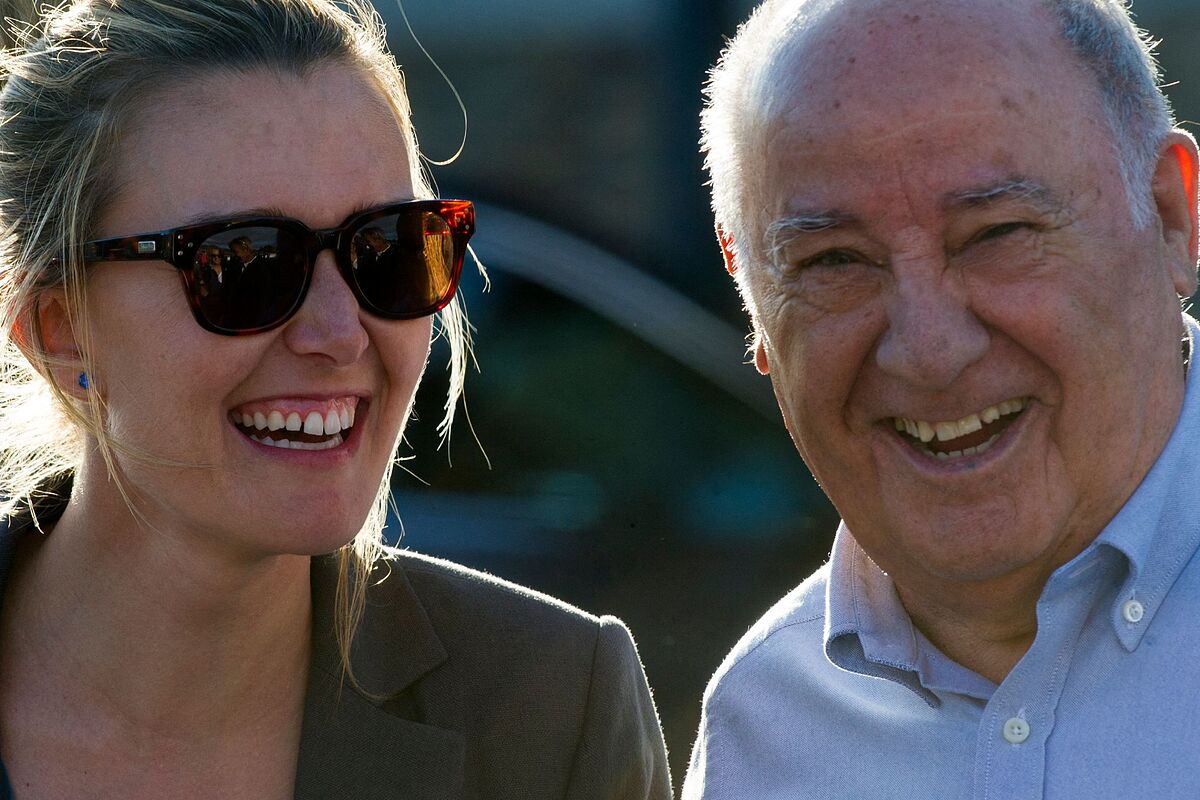 Unexpected change in the leadership of Inditex, the largest company in the Ibex 35. Pablo Isla, until now president of the group and architect of the company's digital revolution, will leave office on April 1, 2022 after 17 years in command.

It will be assumed, although without executive functions, Marta Ortega, daughter of the founder of the group, Amancio Ortega, the richest man on the planet.

It is the biggest change in an Ibex company in recent years.

Ortega's designation makes her the heir to the textile empire, the group with the highest market capitalization of the selective, whose unique and genuine business model is studied in the best universities in the world.

Not only does it sell fashion, but it also has a logistical and technological muscle at the level of very few companies in the world.

This is the size of the group that Ortega will preside over, linked to the company from a young age and who until now was dedicated to Zara's brand image and fashion proposal.

“I have always said that I would dedicate my life to developing my parents' legacy, looking to the future but learning from the past and serving the company (...) I feel deeply honored and committed by the trust that has been placed in me and greatly excited about the future that we are all going to undertake, "the businesswoman said in a statement.

The executive command will be assumed by the new CEO, Óscar García Maceiras, until now general secretary and secretary of the board and who replaces Carlos Crespo, who will once again be general director of operations.

His appointment had been Isla's decision.

The executive's departure occurs "by mutual agreement," according to the group, although the unexpected change has been greeted with some amazement, in part due to the leadership exercised by Isla over all these years. "It was an earthquake, the magnitude of the change was unexpected, because the change was planned but not so in the short term," explain sources close to the company, who consider that for a listed, professionalized and international company such as Inditex "this represents a Step back".

"These are relevant changes, well thought out," and that are taking place right now "because it is an optimal time to tackle" this succession as the company "has solidity and a defined strategy," Isla said at an online press conference in which she thanked the trust of AmancioOrtega during all these years.

The new organizational structure incorporates a Management Committee, made up of managers from different areas with a long history in the group.

The changes will be ratified at the shareholders' meeting held in July.

Industry sources highlight Maceiras' short history within the company, as he was appointed a year ago.

Isla, who was 17, did not want to reveal details about her future and limited herself to saying that now and until April 1, she will focus "on the transition process."

The changeover occurs at a particularly delicate time for the textile sector, which is in full digital transformation and the network of stores and which has been experiencing declines in sales for years.

This, in addition, in the middle of the pandemic.

Despite having the stores closed or restricted for months, it closed with the best inventory ratios thanks to its stock integration.

"Inditex in the future could face important challenges or have to make some very strategic and complex decisions, such as purchases or foray into logistics, and for this it needs a very strong profile at the helm," these sources explain.

There are pending subjects.

Inditex is completing its digital revolution, in which it has been working for more than a decade and whose pillar is the integration of online and physical sales.

This transformation rests, among other things, on a complex digital architecture (Inditex Open Platform's own platform) that allows, for example, to prepare online orders in the stores themselves thanks to the integrated stock, achieving a very fine control of the inventory.

This strategy will continue to be implemented and refined, according to Isla. "The company's model will continue," he said.

This "is solid and stable, it has known how to adapt to the new circumstances, our task is to continue it, develop it and the company has shown that when this adaptation was necessary it has adapted", according to Maceiras.

Profile Marta Ortega, Zara's strong woman: "I have always said that I would dedicate my life to developing my parents' legacy"

Marta Ortega will replace Pablo Isla in the presidency of Inditex