Hotels offer discounts on accommodation and food up to 36% 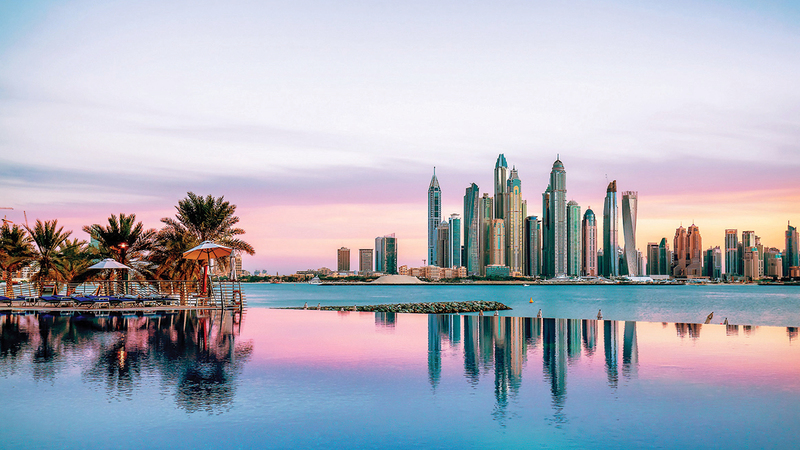 Hotels offer discounts on accommodation and food up to 36%

Hotel officials in the country revealed special offers on the occasion of the 50th Union Day of the country, which include discounts of up to 25% on hotel room rates, as well as discounts on food at rates of up to 36%, in addition to free accommodation for children, and free use of hotel facilities, in addition to To free tickets for "Expo 2020 Dubai", noting that the shows start today (November 30) and continue until the fourth of next December.

They explained to "Emirates Today" that reservations show that hotel occupancy has risen to more than 90% during the Union Day holiday, noting that the current high occupancy rates are supported by the "Dubai Expo", and the return of tourism activity to the country.

In detail, Osama Shrouf, Vice President of Marketing and Sales at Jannah Hotels and Resorts, said that the group put forward offers during the period from November 30 to December 4, on the occasion of the 50th Union Day of the country, including discounts ranging between 15 and 25% on hotel room rates in Group hotels in Abu Dhabi, Dubai and Ras Al Khaimah.

He added that the group also launched a special "buffet" for lunch and dinner at the Jannat Al Sarab Hotel in Abu Dhabi that includes a selection of Emirati and Arabic dishes at a price of 50 dirhams in celebration of the fiftieth Union Day.

And Sharouf, that the reservations indicate that the group achieved high occupancy rates during the Union Day period exceeding 85% in its hotels in all the Emirates, pointing out that the largest reservations were in Ras Al Khaimah from citizens and residents, and reservations in Dubai are focused on nationalities of different countries, while the occupancy is focused on In Abu Dhabi, residents and citizens, especially those coming from other emirates of the country, are required.

For his part, CEO of “Jewan” Hotel Management Company, Ahmed Haseeb, said that the company has put forward an offer to stay in its hotels in Dubai and Abu Dhabi on the occasion of the 50th Union Day of the country, which includes a 20% discount on hotel room rates, including breakfast, provided that the offer is valid from 30 of the This month until December 4th.

He expected the inmates to be residents of the country and from the Gulf Cooperation Council countries, led by Saudi Arabia and the Sultanate of Oman, in addition to some tourists, especially from Eastern Europe.

Haseeb explained that bookings during the Eid holiday indicate an increase in occupancy rates to range between 85 and 90%, noting that occupancy rates are already high, driven by the Expo 2020 Dubai, and the return of tourism actively to all emirates of the country.

In turn, Haitham Matar, head of the Middle East, Africa and India region at InterContinental Hotels and Resorts, said that the Crowne Plaza Dubai Marina had launched a special offer on the occasion of the 50th Union Day of the country, which includes a 25% discount on food and beverages in all restaurants in the hotel. , with free breakfast for two people and a voucher for 100 dirhams for “spa” treatments, pointing out that the offer is valid for accommodation until the fourth of next December.

In the same context, Robert El Khoury, Vice President of Sales and Marketing at JA Group for Resorts and Hotels, said that the group offered discounts of up to 25% on room rates during the Union Day period in its hotels in Dubai, Seychelles and the Maldives.

He expected occupancy rates to rise to 90% in some of the group's hotels during the coming period, especially in Dubai hotels, especially on the Union Day holiday driven by the long vacation, noting that the offers apply to reservations until January 31, for stays until April 30, 2022.

In addition, the manager of Dukes The Palm Hotel, Tariq Madanat, said that the hotel has offered offers and packages especially suitable for families, including discounted offers for long stays and dinner with discounts of up to 36%, with a 50% discount for children aged between six and 12 years. And free for children under six years of age. Guests will also get two free tickets to “Expo Dubai,” when booking a stay of four nights or more through the hotel’s official website, and free entrance to the hotel facilities.

He expected that hotel occupancy rates in the UAE, during the country's fiftieth holiday, will exceed 90%, supported by the relatively long vacation and "Expo 2020".

Tim Cordon, Senior Vice President, Middle East and Africa, of the Radisson Hotel Group, said that the group expects a high rate of reservations as a result of the increased demand for rooms and hospitality facilities during the long weekend on the occasion of the 50th Union Day of the country, especially from the local market, where it forms a segment Families are the largest proportion of guests.

Cordon added that the Saudi market and the markets of the Arab Gulf states are among the most important markets beside the local market, as well as the United States, Germany, the United Kingdom and Russia.