The business map of tax evasion "Sydney" is exposed! Who is the helper Li Zhiqiang?

China News Service Client Beijing, November 22 (Reporter Li Jinlei) Internet celebrities "Syli" and Lin Shanshan were fined for tax evasion. Li Zhiqiang was also investigated for planning, implementing and helping them to evade tax. Many people are curious, who are these three people? What is the relationship between the three? "Sydney" commercial territory. Sydney evaded 30,369,500 yuan of pe 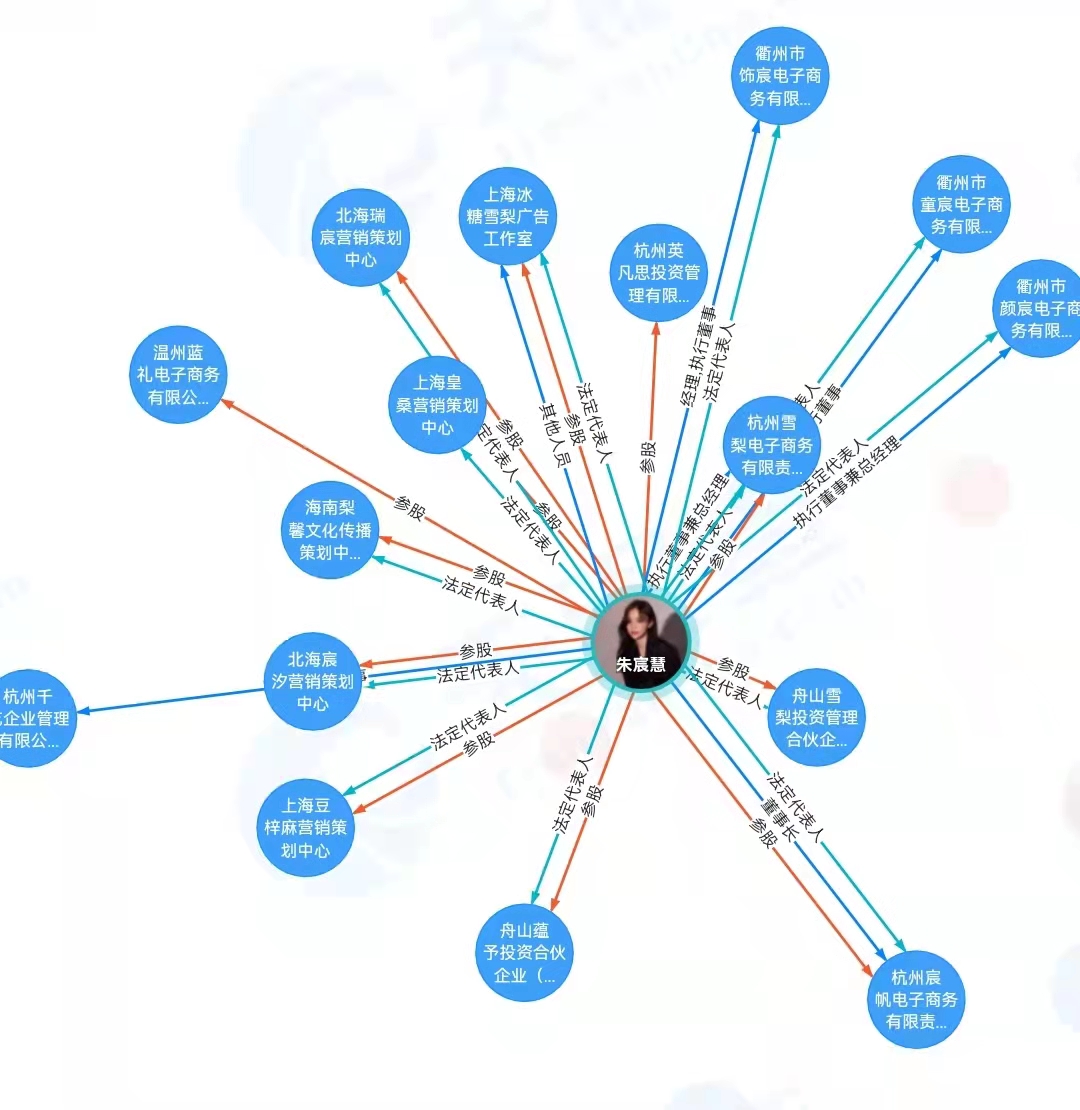 Many people are curious, who are these three people?

What is the relationship between the three?

A few days ago, the Inspection Bureau of the Hangzhou Municipal Taxation Bureau investigated and dealt with the suspected tax evasion of two network anchors Zhu Chenhui and Lin Shanshan.

Zhu Chenhui, whose screen name is "Sydney", public information shows that he was born in 1990, has 15.06 million Weibo fans, and Weibo is certified as the chairman of Hangzhou Chenfan E-commerce Company.

According to the official website of Chenfan e-commerce, "Sydney" started to start a business in 2011 during the university period and founded many fashion brands such as Chenfan Group and CHIN.

In 2019, he led the company to create over 3.3 billion GMV (Total Commodity Transactions).

Since joining the live broadcast track in August 2019, it has developed in just one year and ranked among the top three Taobao anchors.

During Double Eleven in 2020, the total guided turnover of Sydney Live will be approximately 2.5 billion yuan.

The company has more than 350 celebrities and more than 400 million fans on the entire network.

The business map of "Sydney" has continued to expand over the years. According to Tianyancha APP, "Sydney" serves 16 companies, of which 13 companies serve as legal representatives.

Among them, "Sydney" holds 14.9% of the shares in Hangzhou Chenfan E-commerce Co., Ltd., and is the legal representative and ultimate beneficiary.

In March and April 2021, Chenfan E-commerce announced the completion of two rounds of financing, including round B financing of tens of millions of dollars, and round B+ financing of more than ten million dollars.

evaded personal income tax of 13.1194 million yuan, was pursued for taxes, charged late fees and planned to double The total fine was 27,672,500 yuan.

. Fans on the whole network cover more than 20 million. Its own brands of clothing, snacks, beauty and other categories in 2019 The annual GMV exceeded 800 million yuan.

During the inspection, the taxation department discovered that Li Zhiqiang was suspected of planning, implementing and helping Zhu Chenhui and Lin Shanshan to evade tax, and interfered with the investigation of the taxation authority.

Who is Li Zhiqiang?

According to Tianyan Check data,

Li Zhiqiang is a shareholder of Hangzhou Chenfan Electronic Commerce Co., Ltd., holding about 4% of the shares.

It is worth mentioning that, through tax big data analysis, the taxation department

also found that other individual webcasters did not conduct self-examination and self-correction in the comprehensive taxation management of the entertainment field, and there were suspected tax evasion behaviors, which are being inspected by the local tax authorities in accordance with the law.

The relevant person in charge of the Hangzhou Municipal Taxation Bureau said that for persons suspected of tax evasion, investigations should be increased in accordance with laws and regulations, to create a fair and competitive tax environment, and to actively promote the long-term, standardized and healthy development of the entertainment industry.

Prior to this, in October 2021, the Taxation Bureau of Jinshui District of Zhengzhou levied a tax of more than 6 million yuan from an Internet celebrity, which triggered heated discussions.

As more cases are exposed, it will also be a shock to Internet anchors suspected of tax evasion. The outside world is expected to usher in a wave of tax reimbursements for Internet anchors.