Is the beauty suspected of using the analog disk to lose money and sell badly? Client: I'm not called "Share Yuan"

Chinanews client, Beijing, November 25th (Gong Hongyu Zuo Yuqing) Can't make money in stocks? Is it red if you cry while losing money?   After the "Foyuan" phenomenon has caused concern and controversy, there have been media reports a few days ago that it is suspected that there are female bloggers who use simulated stocks on social platforms to sell miserable stocks with fake money and defraud 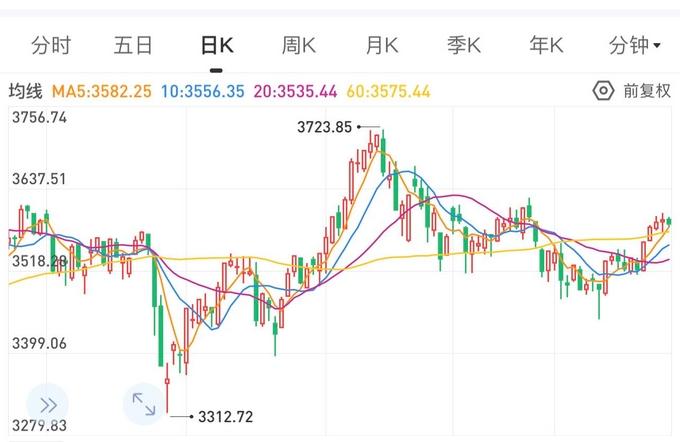 Is it red if you cry while losing money?

After the "Foyuan" phenomenon has caused concern and controversy, there have been media reports a few days ago that it is suspected that there are female bloggers who use simulated stocks on social platforms to sell miserable stocks with fake money and defraud traffic, and call them "shared ladies".

Beautiful women lose money as soon as they trade in stocks, what's the matter?

"Watching beautiful women lose money and look tired." In the past two years, there have been many stock-losing bloggers on social platforms, and there is even a "Beauty Leek Loss Ranking" on the Internet. Several big bloggers who lose tens of thousands of dollars a month The Lord is in sight.

The "Falling Deer" is known as the "three queens of stock trading" on a social platform, and is also one of the parties suspected by the media as a "shareholder" because of repeated losses of money.

At present, she has a total of 160,000 fans, sharing her life and daily stock trading, but she has rarely exposed her real transaction records. She was questioned because she was selling miserably using virtual disks.

Some people suspect that Xiaolu is "falsely losing money, really selling badly, and earning traffic." Xiaolu denied this to Chinanews.com, "I do lose more than I make."

The screenshots and videos Xiaolu provided to Chinanews show that from September to October this year, her stock trading account with Everbright Securities lost about 90,000 yuan, and other accounts also lost tens of thousands.

However, "Accurate to the daily profit and loss records, I don't know how to find them," Xiaolu said.

"I'm a firm offer." Another big stock trader on a certain social platform, "Stock Market Baoma", also posted a video counterattack after being questioned. "I have always been a real stock market, and everyone sees it."

Are the tears in front of the camera rubbing against the flow?

In response, the "Falling Deer from afar" responded, "It was not only because of stocks losing money, but also because of the pressure of life, and my family experience made me feel insecure. I did not fake or pretend," and showed his grandmother's photos.

"Stock market treasure mother" also hit back at this statement, saying that since the media really wants to increase income, but not much.

The platform revenue chart she posted shows that after joining the platform 1202 days, there are 50,000 fans and a total income of 31,483 yuan.

At the same time, both the "Deer from afar" and the "Stocks Baoma" both said that they had refused the stock recommendation advertisements that securities companies invited them to do, and did not charge any fees, nor did they take the initiative to recommend others for stock trading.

Is there a "yuan" culture in the stock market?

Although, both "Fairy Deer from afar" and "Stock Market Mom" ​​responded to the doubts on the Internet.

However, it is understood that the "Stock Market Baoma" once expressed to people in the circle that they have the idea of ​​live broadcasting and bringing goods, "After doing a good job, there can be hundreds of thousands of them in a year."

Another stock-trading blogger reported that someone had asked the "deer in the distance" to make a video.

In fact, in recent years, there have been more and more female financial accounts on short video platforms, but every once in a while there will be a wave of "disappearing out of thin air".

@万手甜小仙 is one of them.

"Today's battle has a loss of 9296, and the position is full" is the opening line of her last video on Douyin, and words such as loss and full position also occupy most of her daily stock trading.

In April of this year, @万手甜小仙 made a high-profile speech in the video, "Stocks must be speculated, and money cannot be spent without speculation", which caused controversy.

However, after only two months, the always high-profile Tian Xiaoxian suddenly disappeared, and with her, there were also female financial bloggers such as @更妹.

"Did you find out, the number of female financial anchors has dropped again".

There are also pseudo-financial bloggers who are named by netizens to "fight counterfeiting" and read articles. "Speaking of financial knowledge lacks basic logic and common sense, only faces without content."

For example, on a social platform, "a girl who lost hundreds of thousands in stocks and regretted walking on this road knew that she married a rich brother", a video attracted thousands of comments with this "eye-catching title".

However, other videos of the creator with millions of fans have no traces and proofs of stock trading.

Someone questioned in the comment area, "Send a screenshot of stocks funds", but did not get a response.

Data map: Shareholders are watching the stock market while shaking their fans.

Is the flow of beauty a omnipotent brand?

From the stock market that is rich in beautiful financial bloggers, the portraits of stockholder groups with gender imbalance may be evident.

The Chinese Stockholders’ Illustrated Book released by the Mob Research Institute in 2020 shows that in 2020, Chinese stockholders are mainly male, and the proportion of male stockholders is close to 75%, which is about three times that of female stockholders.

"At present, the pressure of buying a house and living is quite heavy. Many men regard the securities market as a fighting channel." According to a director of the business department of a brokerage firm, in comparison, young women have diversified channels for realizing value, and stock trading is not exhausting. Please.

"There are so many beauty financial accounts, indicating that there is a market where there is demand." Some financial bloggers concluded.

In fact, not only the stock market, beauty traffic seems to be regarded as the "universal card" for social media fans.

"All the video accounts are all girls dancing." A netizen described the current video traffic password. "Find a beautiful woman and dance, and the performance will be achieved. Why not?"

Searching for "bloggers" and "anchor" positions on a recruitment platform, most recruitment labels require women. "Sweet voice" and "good image quality" are bonus points, but professional knowledge is rarely mentioned.

Chinanews.com noticed that as of the time of press, "Falling Deer" had deleted all stock-related videos, saying that it was because "I did not have securities qualifications and was reported by netizens. The videos were processed at the request of the platform."

So, can the stock market go far with the face value card?