Dubai Harbor revealed that it received the first cruise ship today, announcing the official opening of the latest global marine transport port, which includes the largest double cruise terminal in the region, where it can simultaneously receive two of the largest cruise ships in the world. 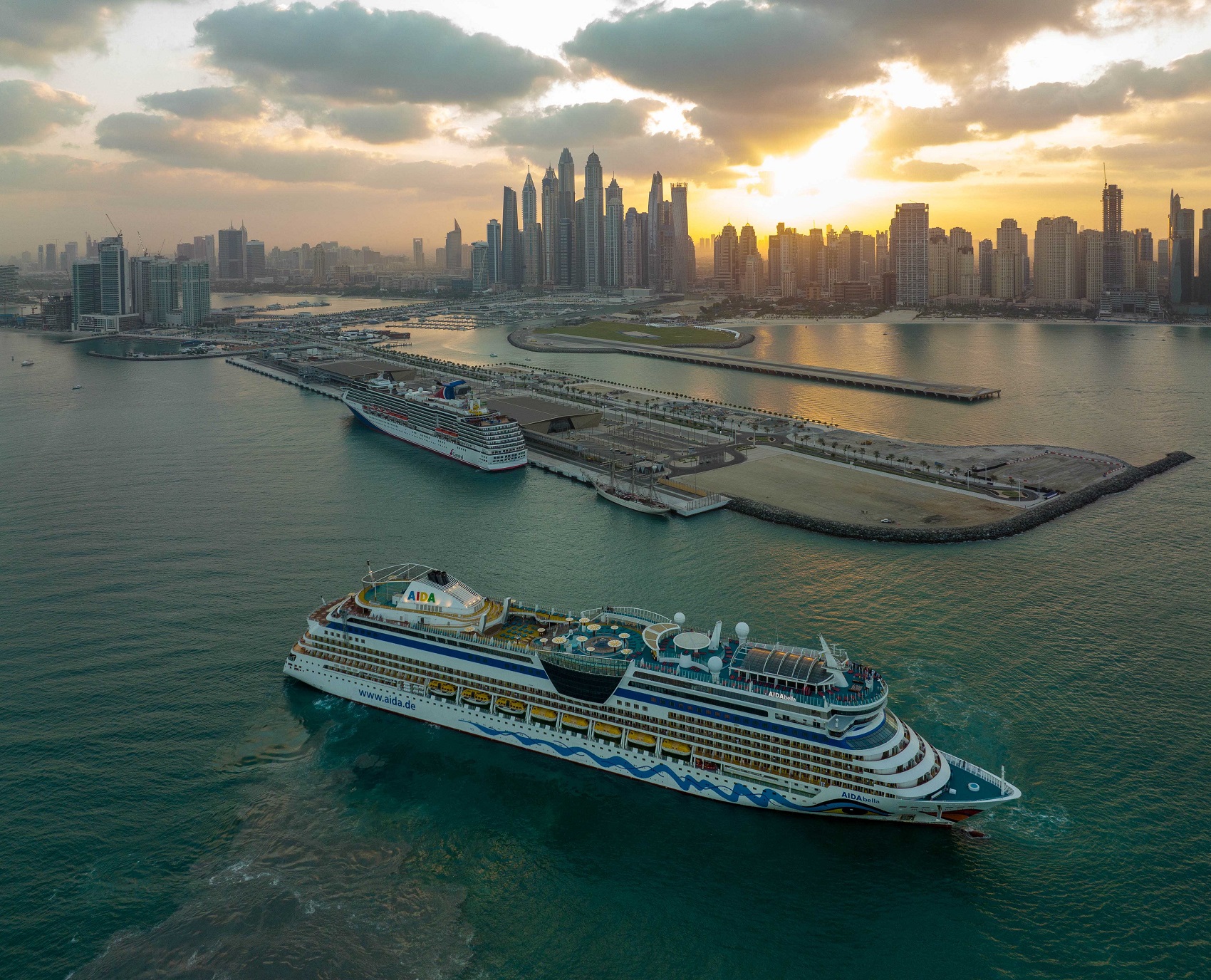 Dubai Harbor revealed that it received the first cruise ship today, announcing the official opening of the latest global marine transport port, which includes the largest double cruise terminal in the region, which can simultaneously receive two of the largest giant cruise ships. currently existing in the world.

Dubai Harbor said in a statement that the ship "AIDAbella", with a length of 252 meters, docked at the exceptional waterfront, carrying 1,200 passengers and 600 crew members.

He pointed out that during the marine tourism season for the 2021-2022 season, which was officially launched last October, Dubai is expected to receive more than 126 cruise ships, carrying more than 500,000 tourists, which constitutes an important qualitative addition that contributes to accelerating the recovery of the tourism sector. in the emirate.

According to the statement, it is expected that "Dubai Harbor Terminal for cruise tourism" alone will receive more than 150,000 passengers in its first season.

Abdullah bin Habtoor, Chief Commercial Officer of Shamal Holding Company, the developer of the Dubai Harbor project, said: "We are very pleased to receive the first cruise ship at the (Dubai Harbor Cruises Cruises) terminal," noting that "this step represents the beginning of A new era in the marine tourism sector in the UAE, and actively contribute to the consolidation of (Dubai Harbor) an exceptional waterfront in the region.”

For his part, the Executive Director of the Dubai Corporation for Tourism and Commerce Marketing, Issam Kazim, said, "Dubai was able to overcome many of the obstacles and challenges imposed by the (Covid-19) pandemic on the whole world, and we were able to turn challenges into opportunities by taking advantage of the accelerating momentum it is witnessing." various sectors, including the tourism sector, as part of our efforts to enhance Dubai’s position as the best city in the world to live, work and visit.”